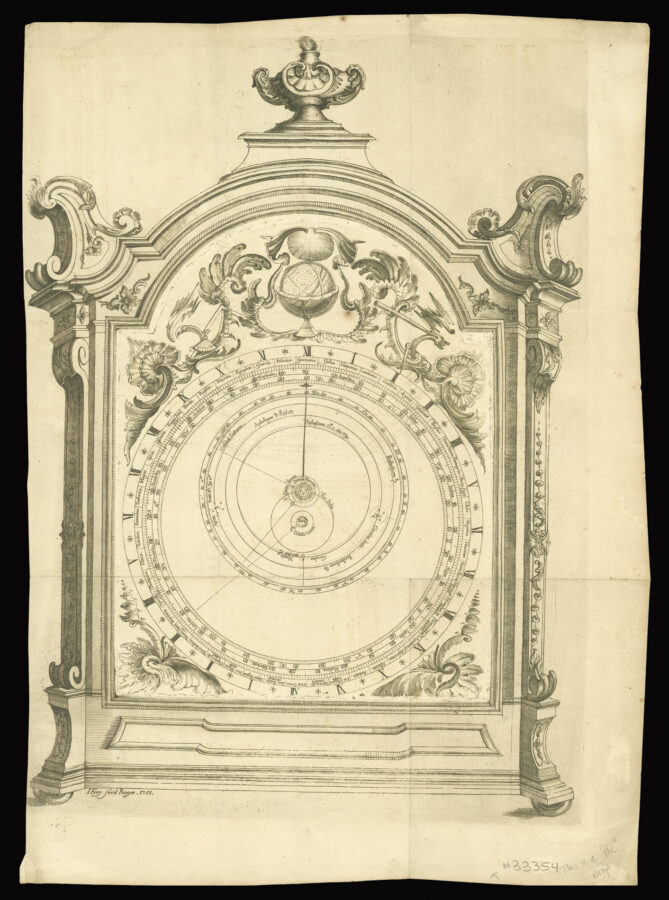 An engraving of an astronomical clock depicting a Tychonic solar system by the leading Czech mathematician and instrument maker Johannes Klein.

Father Johannes Klein (1684–1762) joined the Jesuit order in 1703 and taught mathematics, astronomy, and mechanics. From 1732 until his death, he was Professor of Mathematics at the Klementinum, the leading seat of learning in Prague at the time. He is best known for the production of astronomical instruments, most notably of astronomical clocks. Among his most important works were two clocks produced in 1751 and 1752 and still housed in the Klementinum in Prague. The clocks depicted, respectively, a Tychonic (depicted in the present work) and Copernican solar system.

Ignaz Frey (1727–1790) was an engraver and artist working in Prague. Gottfried Dlabacz’s work on Czech artists, published in 1815, lists only four works by the artist: an astronomical clock depicting the Tychonic solar system (presumably the present work); another depicting a Copernican solar system; an engraving of the Archbishop of Prague; and an engraving of a religious scene.
We are unable to trace any institutional examples.