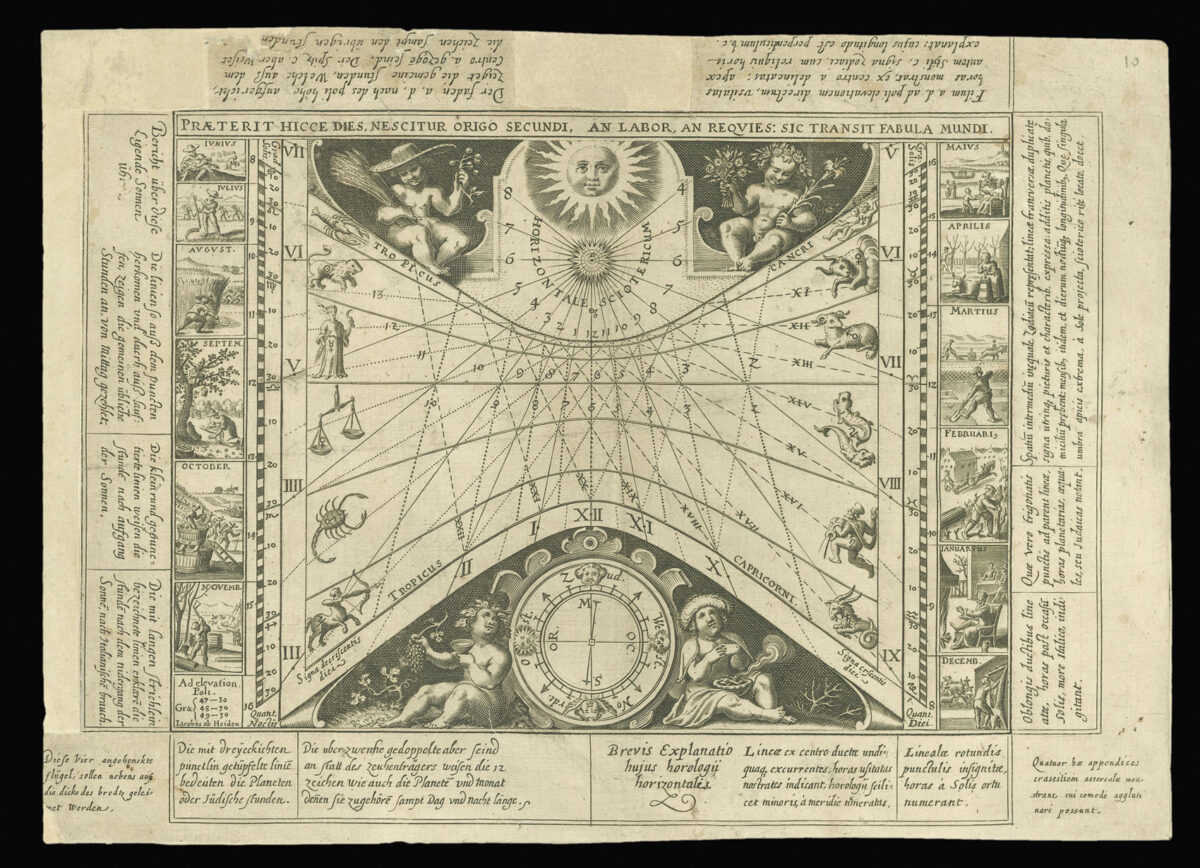 A rare horizontal paper sundial.
The sundial was the work of Jacob van der Heyden (c. 1580–1636), an engraver and publisher of maps and scientific works in Strasbourg during the first half of the seventeenth century. he is known to have cooperated with such eminent figures as Jacob Bartsch, Isaac II Habrect, Abraham Hogenberg and Eberhard Welper. he engraved an armillary sphere drawn by Welper, and it is entirely plausible that the present sundial was engraved after him. Welper published a treatise on sundials in 1625, the same year in which Heyden printed a small pamphlet, ​‘Die gestirnte himmels kugel’, on celestial spheres, which contained a plate of globe gores.

The latitude and longitude coordinates marked upon the dial (30 degrees e, and 47–49 degrees n) correspond to the surrounds of Strasbourg. The dial is finely engraved with the sun flanked by personifications of autumn and spring. A gnomon would be fixed to a position marked ​“a”, just below the sun. Hour lines radiate out from this point, with signs of the zodiac and vignettes of the months to the right and left borders; below is a compass flanked by personifications of summer and winter. Surrounding the work is a brief description upon the sundial, in Latin and German. The text to the lower right and left corners states that the dial is to be mounted onto a small wooden block with the four wings of explanatory text pasted to the four sides of the block.

We are unable to trace any institutional examples.
/