George Adams (c.1704–1773) was one of the leading the scientific instrument makers of his day. Apprenticed in 1718 he is recorded as setting up his business in 1735 of Fleet Street at the sign of Tycho Brahe’s Head. He began making scientific instruments for the East India Company from 1735, was Mathematical Instrument Maker to the Royal Ordnance from 1748–53 and later instrument maker to His Royal Highness the Prince of Wales and King George III.

George Adams is recorded as being at the address Tycho Brahe’s Head between 1738–1757. 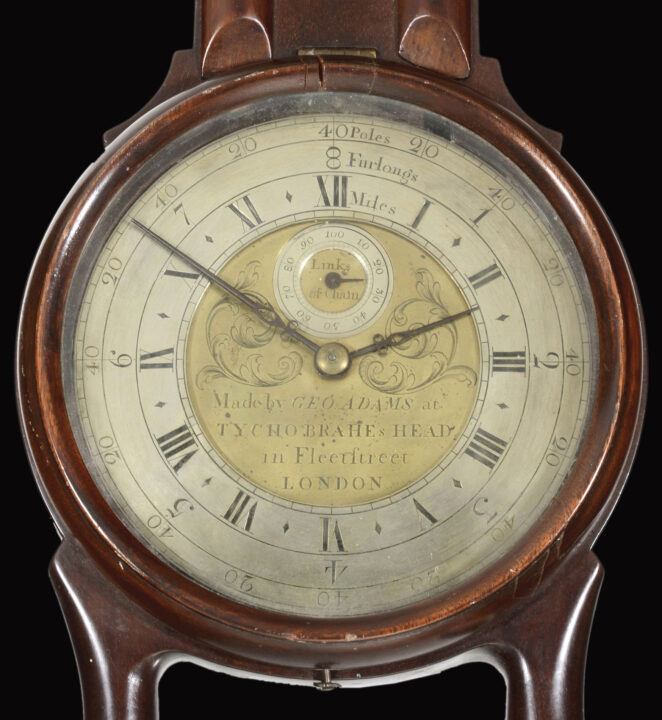