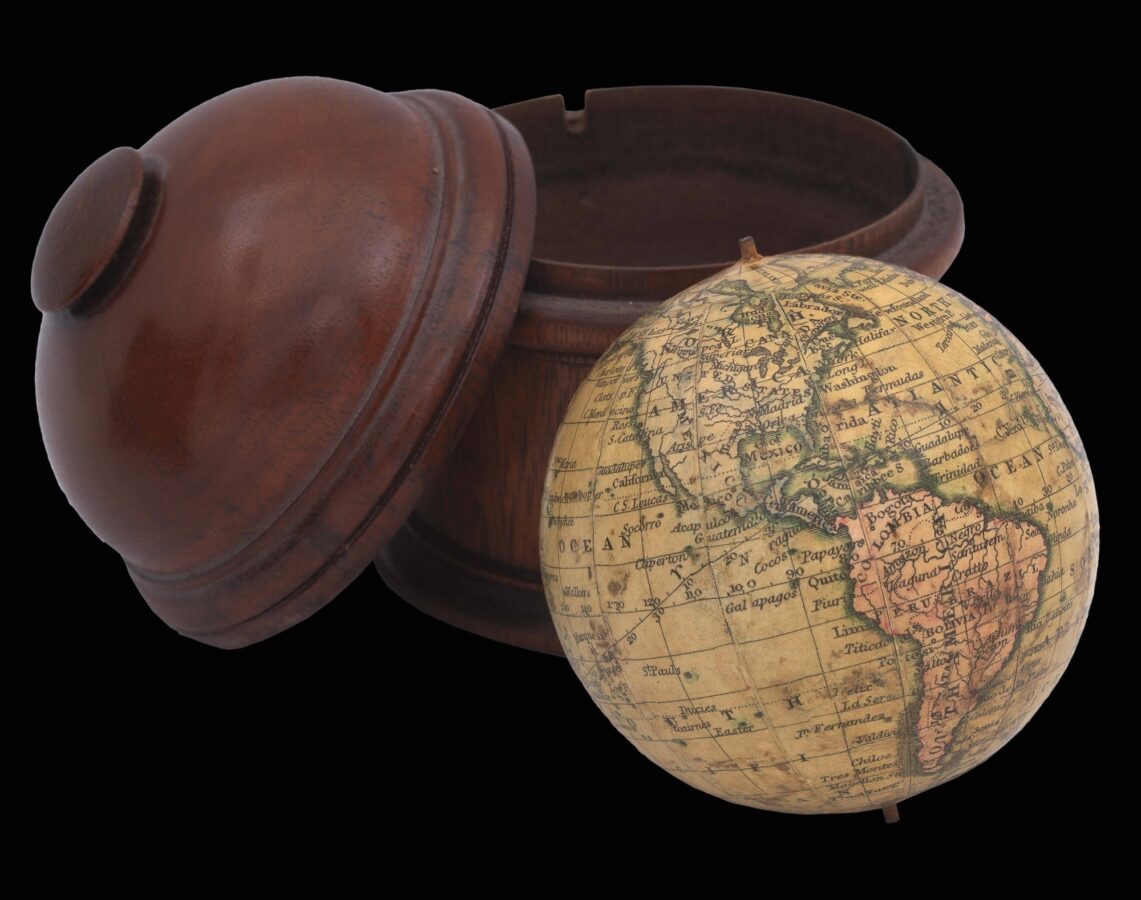 Biography
James Cox (1811–1857) was a maker of mathematical, optical and philosophical instruments. He came from a family of opticians, with his father also producing a range of optical instruments. He is recorded to have had premises at both 5 Barbican and 51 Banner Street, London.

Geography
The equatorial is graduated in degrees, with the prime meridian and antipodes of Greenwich labelled. The ecliptic is also graduated for each house of the zodiac, shown with sigils. Most country borders are shown, along with city names and rivers. There are two small islands in the Antarctic circle labelled ​“Peter” and ​“Alexander”, as named by earlier Russian explorers. California is presented as a peninsula and ​“Bherings” is identified between Alaska and Russia. Australia labelled as both ​“Australia” and ​“New Holland”, with the Swan River and Sharks Bay noted in Western Australia. For a history of the Swan River colony see item 39.
/