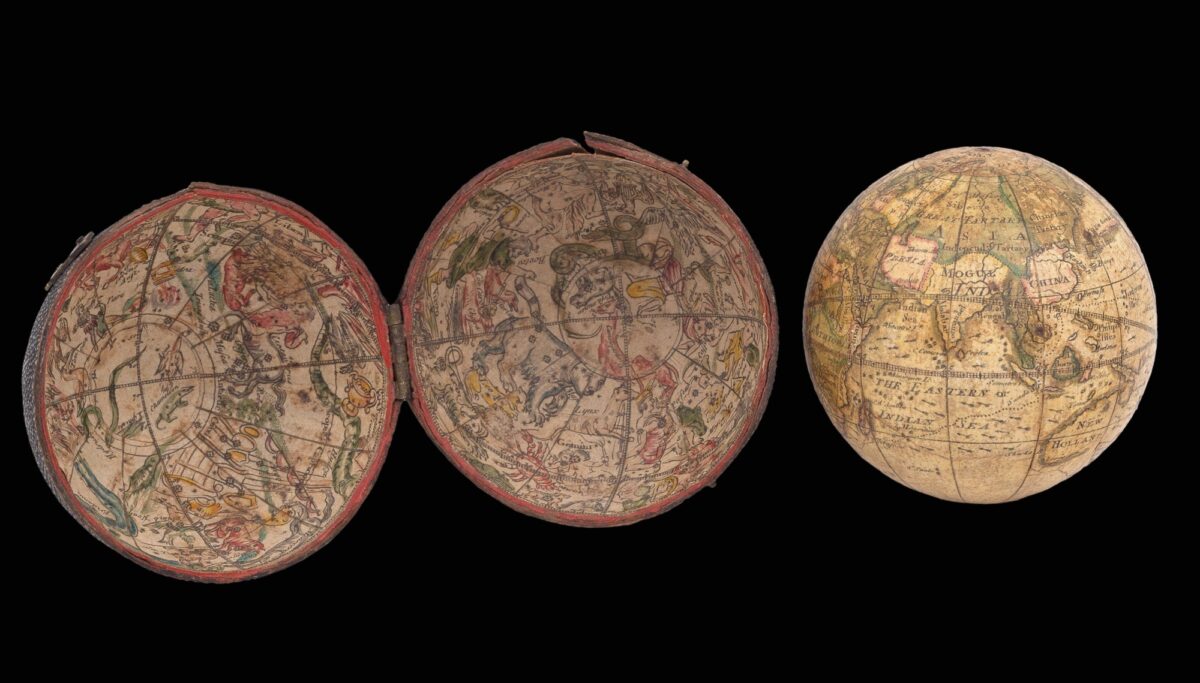 A New Globe of the Earth by L. Cushee.

Biography
Leonard Compere Cushee (fl1751-1760) is thought to have been the nephew of Richard Cushee (1696–1733), globemaker, surveyor and publisher (for a biography of Richard Cushee see item 12). Leonard Cushee was apprenticed to Nathaniel Hill (fl1746-1768) in 1751, who in turn had apprenticed with Richard Cushee before publishing his own globes. He was only known to have made one pocket globe independently, working opposite Temple Gate on Fleet Street. He sold his globes with Benjamin Cole (1695–1766), who ran his workshop at ​“The Orrery & Globe”, which was formerly run by Thomas Wright. Wright had previously worked with Richard Cushee to publish ​‘The Description and Use of the Globes, and the Orrery’ by Joseph Harris.

Geography
The cartography on Leonard Cushee’s globe is an updated version of Richard Cushee’s 1731 globe with a new cartouche. Leonard Cushee has added notations of extensive trade winds in ocean areas, and California is no longer shown as an island. Further, American colonies are indicated, including ​“Maryland”, ​“N. Carolina”, S. Carolina” and ​“Georgia”, in addition to the notations that appeared on the 1731 globe including ​“Florida” (now just ​“F”), ​“Virginia”, ​“N. Eng.” and ​“New Britain”. The globe is also updated to show the tracks of George Anson’s voyage (1740–1744).

Rare. Not in the National Maritime Museum Collection.
/