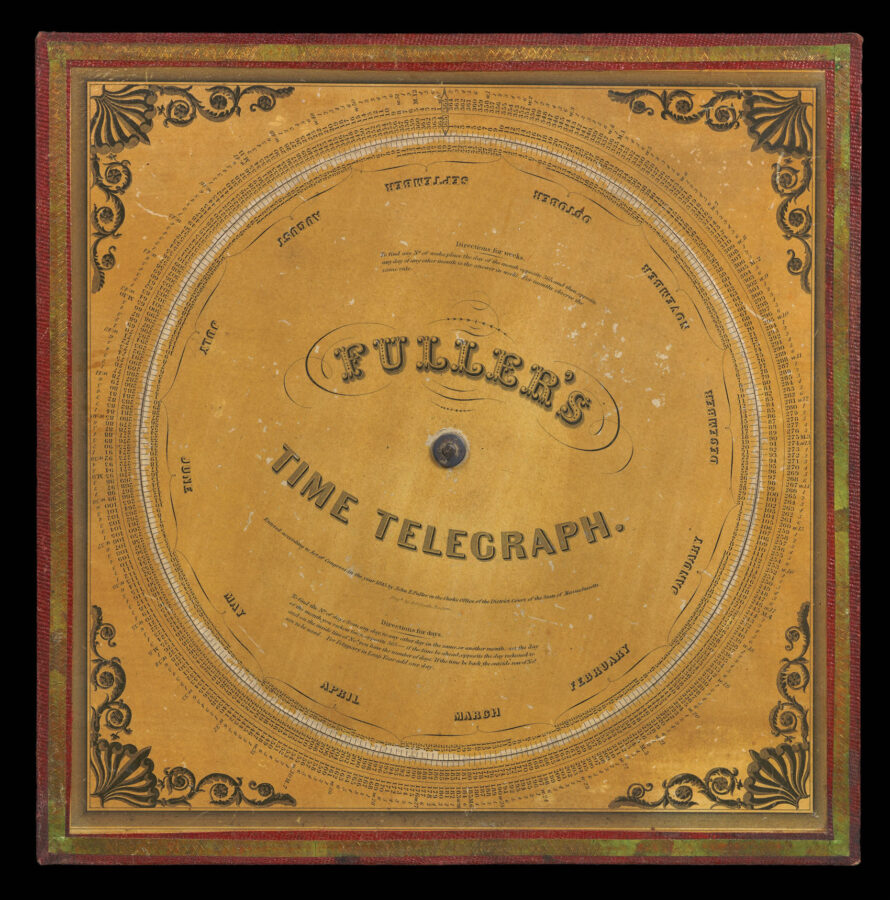 Fuller’s computing telegraph [cover title]. … Telegraphic computer, a most wonderful and extraordinary instrument, by which business questions, of every possible variety, are instantly performed… [pasted to inside upper cover].

Fuller’s ​‘telegraphic Computer’ represents a very early example of the word ​“computer” to refer to a calculating instrument (rather than a person of exceptional mathematical facility). Until the invention of electronic computers in 1945, the term ​“computer” usually referred to a person who compiled mathematical tables with or without mechanical assistance. Sometimes the term referred to ​“lightning calculators” who performed remarkably fast computations in their heads. During the first decade of electronic computing, the term was apparently used interchangeably for people and machines. By about 1960 the word was generally applied only to machines.

The invocation of telegraphy in the title refers to the notion of instant communication associated with telegraphy, which had recently captured the public imagination. The computer is more properly referred to by the name of its original inventor Aaron Palmer: ​‘Palmer’s Computing Scale’ having been patented by him in 1843, and improved and produced in several versions by J.E. Fuller from 1847. This model is printed from the attractive and intricate original Palmer plate, with Fuller’s name and own patent added to the engraving, printed by George C. Smith, 186 Washington St., Boston. The reverse side, ​‘Fuller’s time telegraph’, was patented in 1845. The invention was exhibited with some success at the great exhibition at Crystal Palace in 1851, as referred to in the preliminary advertisement.

​‘Palmer’s Computing Scale’, essentially an early and ingenious slide-rule, was used to calculate square measures, cubic measures, timber measures, grain measures, liquid measures and interest rates from 3 percent to 10 percent on a daily and monthly basis. The ​‘time telegraph’ on the reverse was used to calculate time lapse in days or weeks between any two given dates. 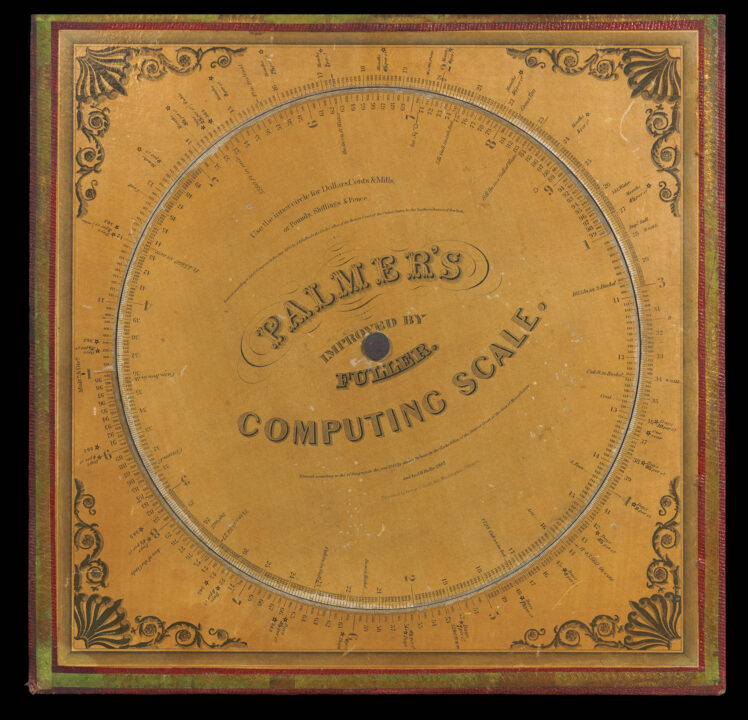 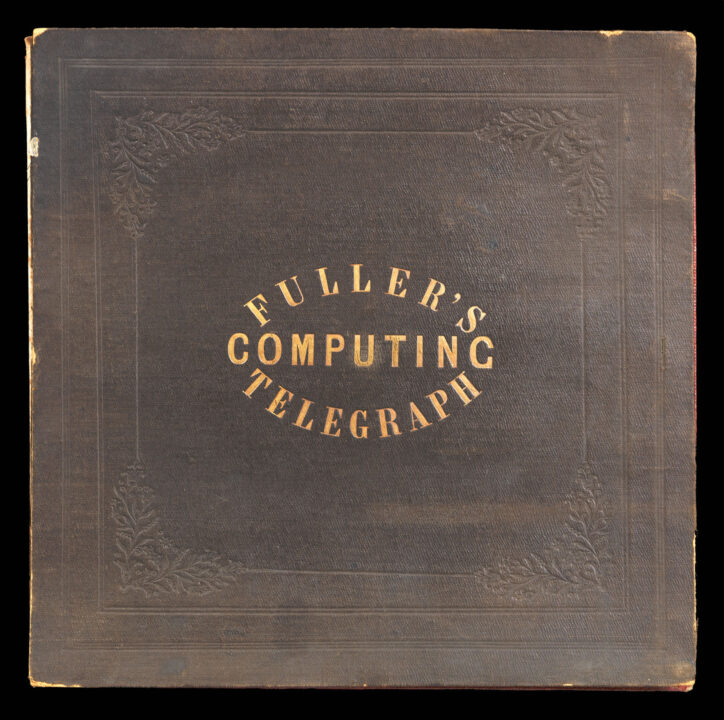