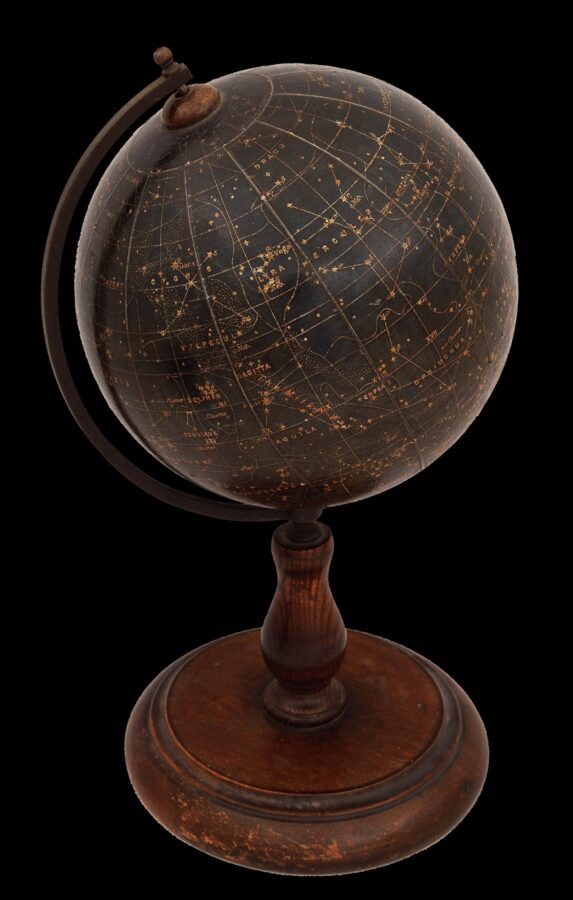 Biography
George Philip (1800–1882) was a cartographer and map publisher. Born in Huntly, Aberdeenshire, he trained under the Liverpool bookseller, William Grapel, from 1819. He went on to found George Philip & Sons in 1834 in Liverpool primarily as a bookseller and stationer, but rapidly expanding to become a publisher of maps, atlases and educational works. His only son, also George (1823–1902), was admitted to the business in 1848. The firm used a number of cartographers including John Bartholomew the elder, August Petermann and William Hughes to produce maps on copper plates, which were then printed and hand-coloured.

The business expanded rapidly and by the time he published his county maps of 1862 he was using machine-coloured maps produced on power-driven lithographic presses. By 1902 the firm established itself in London at the London Geographical Institute.

Astronomy
In the 1920s, the International Astronomical Union (IAU) established an official set of boundaries for 88 constellations to aid in the naming of new variable stars and other celestial discoveries occurring rapidly with new technology and scientific developments. These boundaries are made up of straight lines at right angles, and the IAU system is still in use today. Consequently, many twentieth century globemakers switched to depicting their celestial globes in this new fashion. However, the present globe includes a series of curved dotted lines to indicate these boundaries in tones of yellow and white, which are apparently free-form rather than following the IAU system. The constellations within these boundaries are shown with a series of straight lines.

A key in the cartouche indicates the five degrees of magnitude and correspond to the depiction of the stars throughout. Some stars are named and most are labelled with Greek letters, and the Milky Way is indicated with a series of pale yellow dots.
/