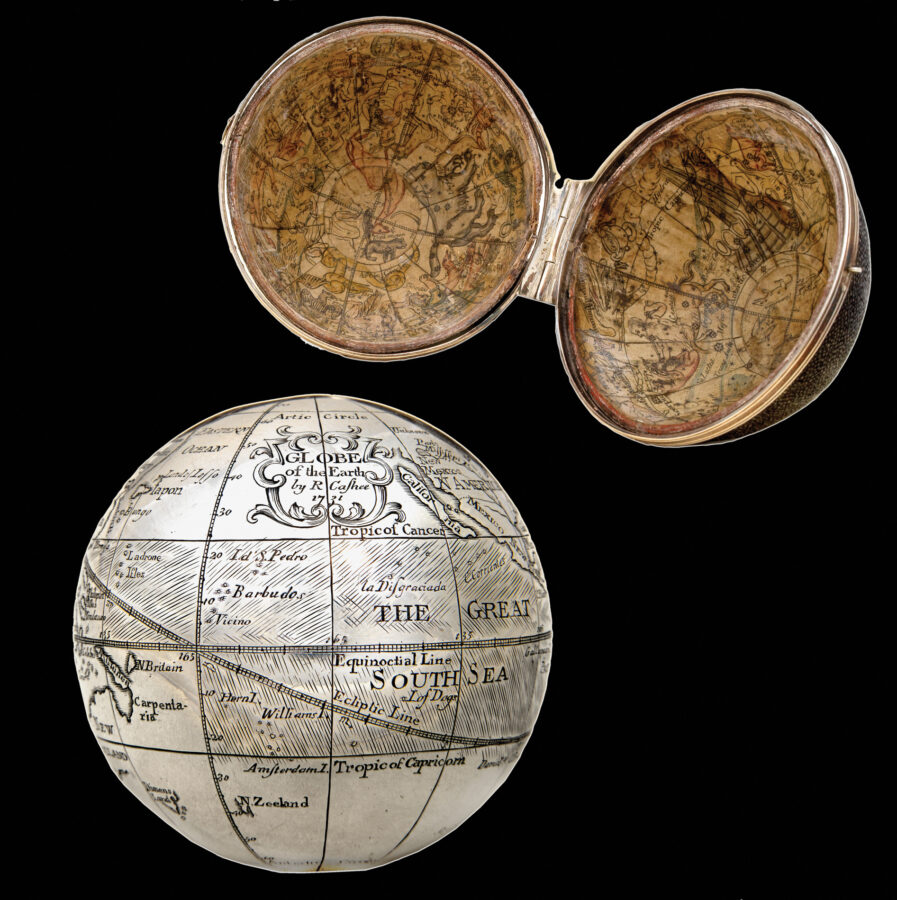 Richard Cushee (1696- c.1734) was a globe maker, surveyor, and publisher who worked at the sign of the Globe and Sun, between St Dunstan’s Church and Chancery Lane in Fleet. He was apprenticed in 1710 to Charles Price and was made a freeman in 1721. In 1731, Cushee took on Nathaniel Hill (active 1742–68) as an apprentice. In 1731, in collaboration with the instrument maker Thomas Wright (1692–1767), Cushee published the popular book on globes by Joseph Harris: ​‘The description and use of the globes, and the orrery’. The small terrestrial globes, made by Cushee, were used by Wright for his own orreries. In the same year Cushee published the present pocket globe.

Both North and South Poles are marked as are the Arctic and Antarctic Circles, and the Tropics. Also shown are the meridian from London; the equator and the line of the Ecliptic, with signs of the zodiac; trade winds are marked by hatched lines in the ocean between the tropics. The northwest of North America is labeled: ​‘Unknown Parts’, and California is drawn as an island. Australia is represented according to the Dutch discoveries, with Australia named ​‘New Holland’, Tasmania ​‘Dimens Land’; and New Zealand ​‘N. Zeeland’. In Asia, The Great Wall of China is marked ​‘Ch. Wall’, as is the Russian Empire ​‘Dominio[n] of Moscovy’; the northeast is labelled ​‘Parts Unknown’.

The celestial gores — pasted to the inside of the shagreen case – are geocentric in orientation; and, in a departure from most previous pocket globes are concave thus depicting the constellations as seen from Earth. Previous pocket globes, most notably John Senex’s pocket globe of 1730, simply used gores intended for celestial globes, thus rendering the night sky in reverse when pasted to the inside of the case. The difference is most noticeable in the orientation of ​‘Ursa Major’, with the bear facing the other direction.

The National Maritime Museum, holds two examples of silver pocket globes – the famous Whitwell Globe (GLB0025) – dated 1590 – the earliest known globe to have been made in England; and an anonymous French globe (GLB0249) dated circa 1800, housed within a velvet lined case. 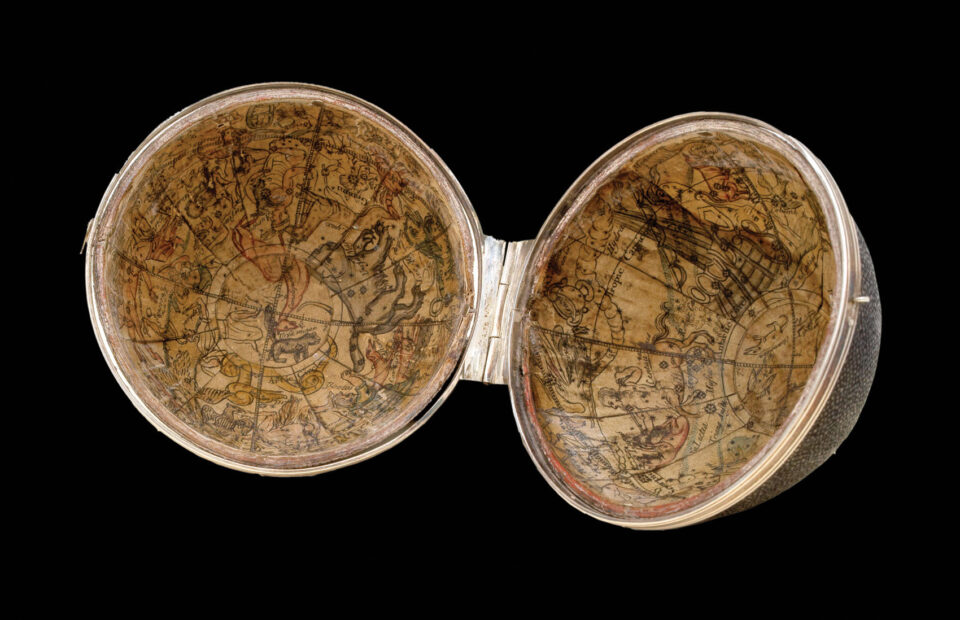