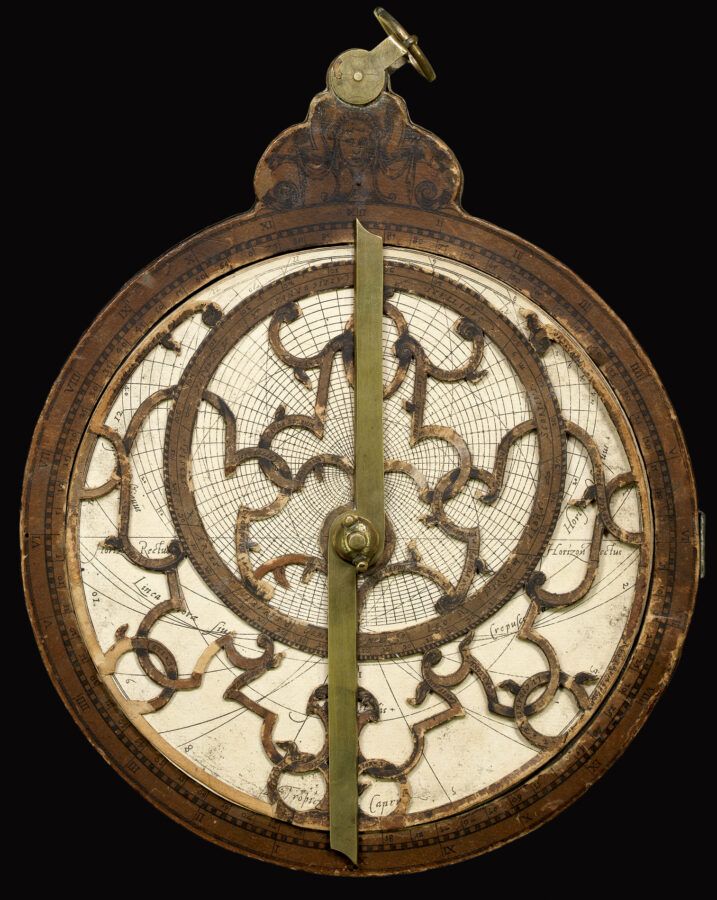 Philippe Danfrie (c1532-1606) was born in Brittany and moved to Paris in his twenties, where he became a partner in a printing and bookselling business. He designed a new typeface in cursive script, named ​“caractère de civilité”. He later studied mathematics, became an ​“ingénieur”, and was appointed Royal Diecutter for coins of the realm. Danfrie took a special interest in inexpensive alternatives to brass instruments. He is known for some 20 mathematical instruments, notably his astrolabes printed on paper, and for his invention of the graphomètre, on which he published in 1597.

We are only aware of five other surviving Danfrie paper astrolabes: one dated 1578, missing one of the seven plates but with brass rete, sold at Christie’s South Kensington in 1998; another dated 1578 in the Service Hydrographique de la Marine; one dated 1584 described in Tesseract; another dated 1584 in the Museum of the History of Science, Oxford; and a further 1584 example at the National Museum of American History at the Smithsonian, Washington DC.