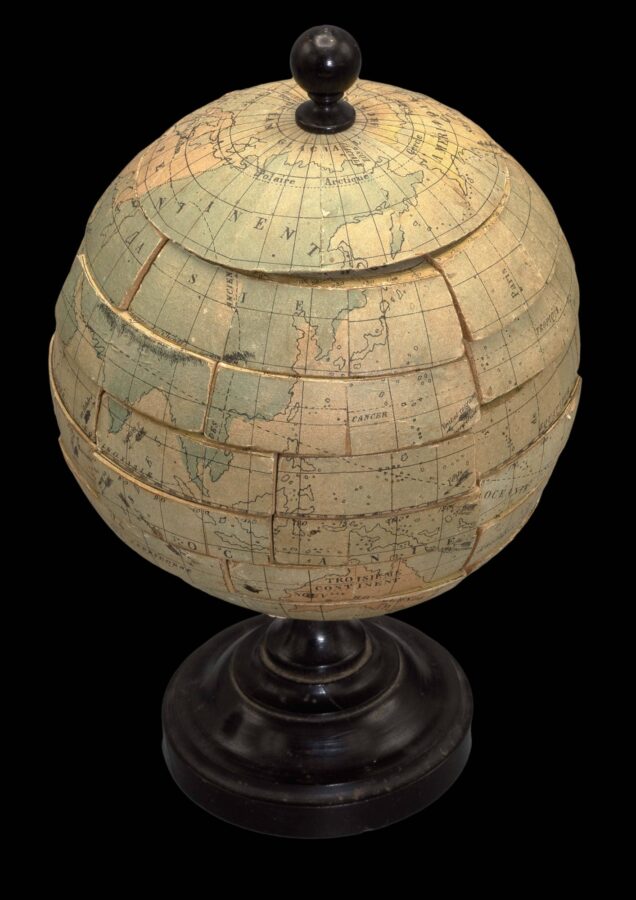 Giroux’s sons, André and Alphonse-Gustave joined the business in 1833, with the latter taking the helm as the business grew. In 1867 the business passed on to Duvinage and Harinkouck, who traded under the name ​“Maison Alphonse Giroux”.

Geography
The cartography dates back to the 1830s, but at that date the model was sold with a domed wooden box by Maison Alphonse Giroux.The dissected globe is cut into eight cross-sections, which show continental maps on the upper side and provide illustrated information on the reverse. Each cross-section is itself divided into four or six pieces, which can be assembled divided up in four or six sectors, which are assembled to form the globe. The design is very similar to an English puzzle globe produced by Abraham Nathan Myers in 1866, but the cartography is less detailed, particularly on the globe. On the interior maps, however, national boundaries, major rivers and relief are depicted, all labelled in French. 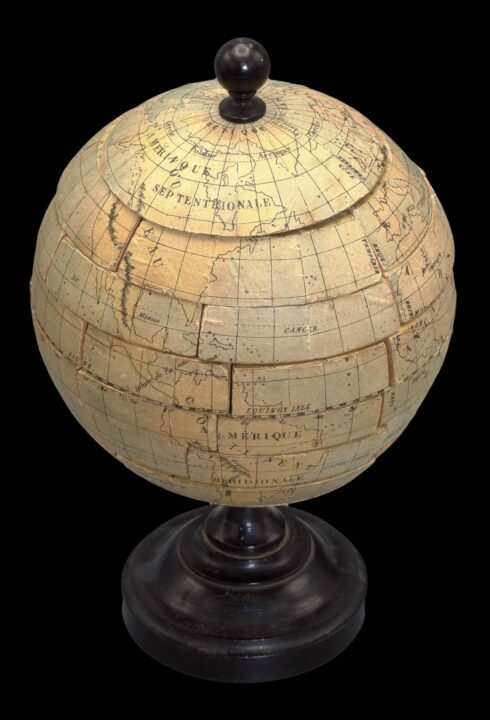 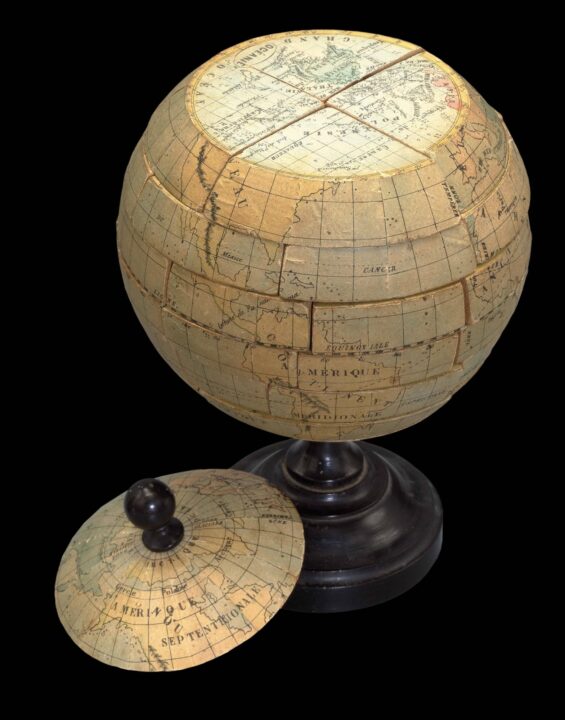 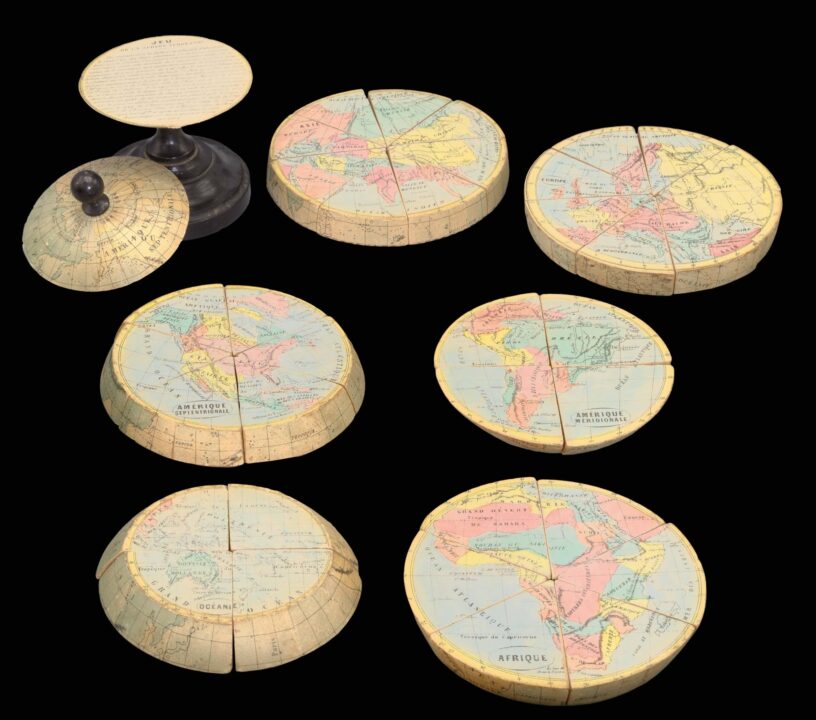 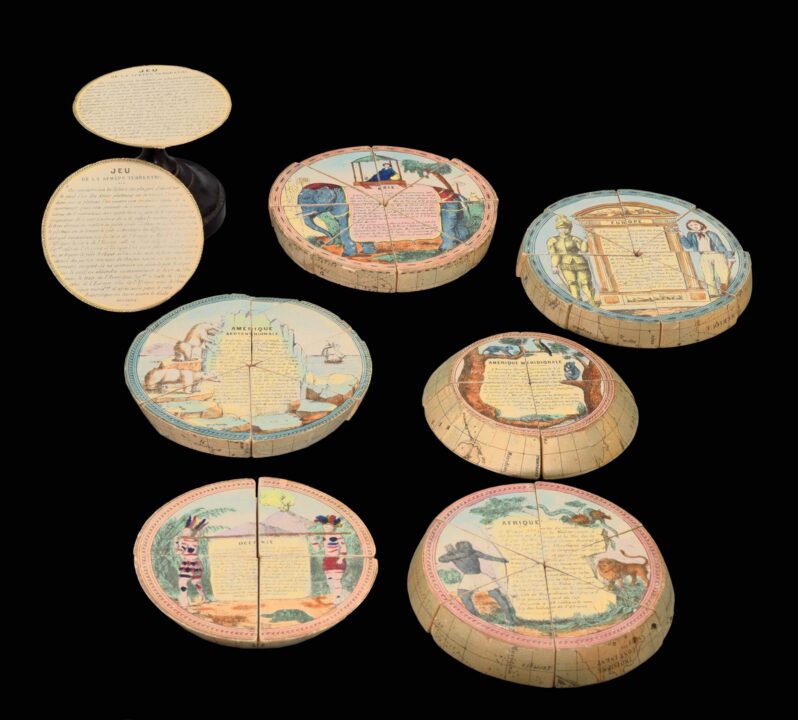