William Cary (1759–1825) was an English scientific instrument maker based in London, the brother of the well-known cartographer John Cary, who achieved particular success with his famous pocket globes. William’s instruments were no less popular, and there is evidence of their use as far away as India and Russia. He produced a wide range of tools, including telescopes, microscopes, mechanical calculators, scales and surveying equipment, and counted among his customers William Hyde Wollaston, the scientist responsible for the discoveries of palladium and rhodium.

Among the instruments manufactured by Cary were a selection of navigational tools including proportional dividers. This instrument, also known as a sector or a reduction compass, consists of two branches locked together at a changeable fixed point on a scale. The distance between the two points can be used to calculate and compare distances, and proved particularly useful for the enlarging or reducing of a map’s scale.

The present proportional divider has four scales with distinct ratios, one engraved on either side of each branch: circles (1:6 to 1:20), lines (1:1 to 1:10), plans (1:1 to 1:10) and solids (1:1 to 1:10). Each scale is labelled, and the maker’s name and location are also identified towards the top of the instrument. The engraving remains exceptionally clear, and may be the work of another Cary brother, Francis.

The present instrument is extremely rare. We have been able to trace only one other example, in the private collection of mathematical instruments of David M Riches. While the Andrew Alpern Collection of Drawing Instruments at Columbia University contains several tools produced by Cary, a brass proportional divider is not among them. 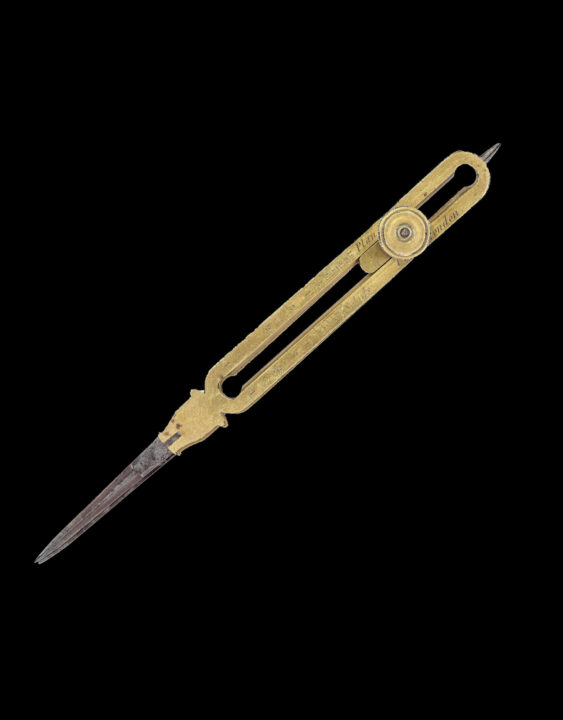 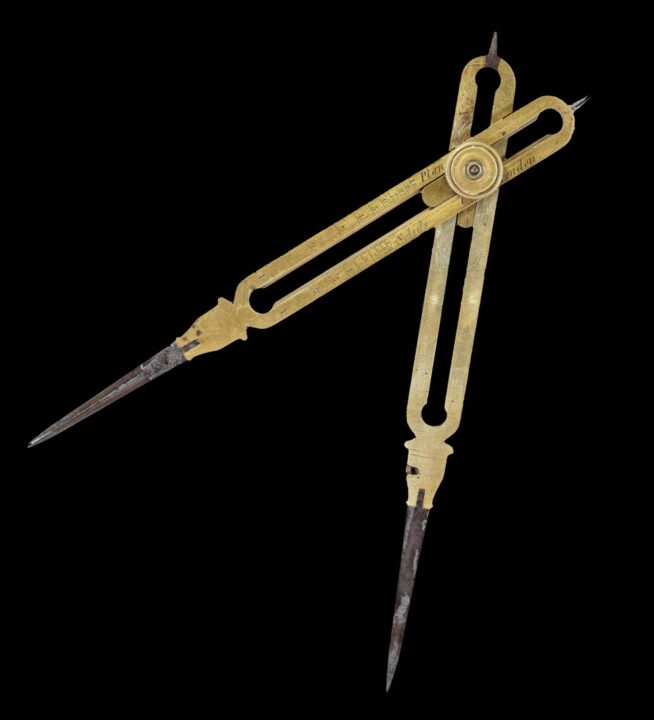 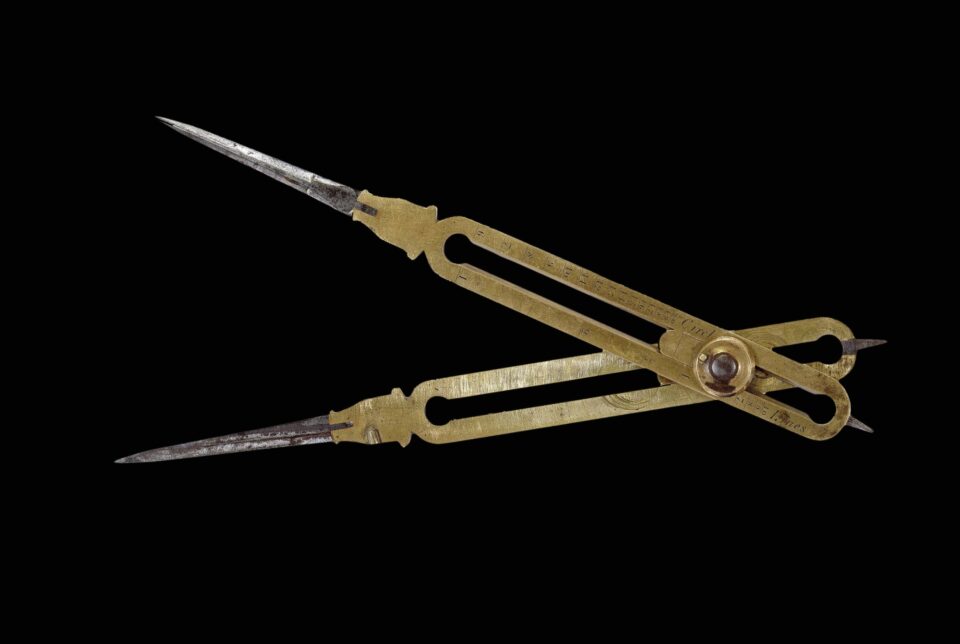 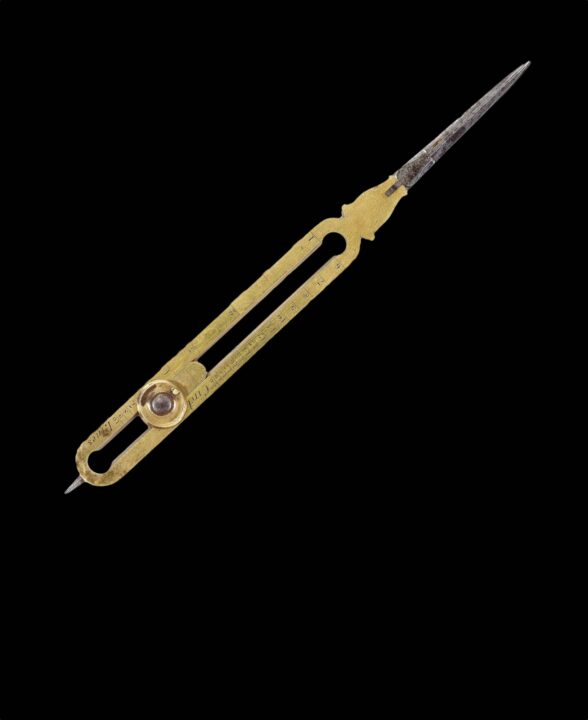 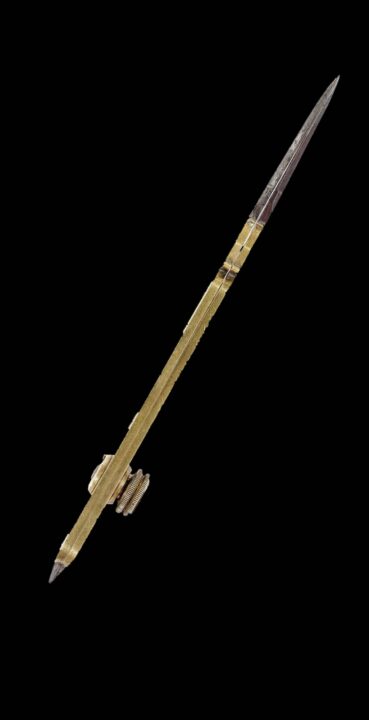