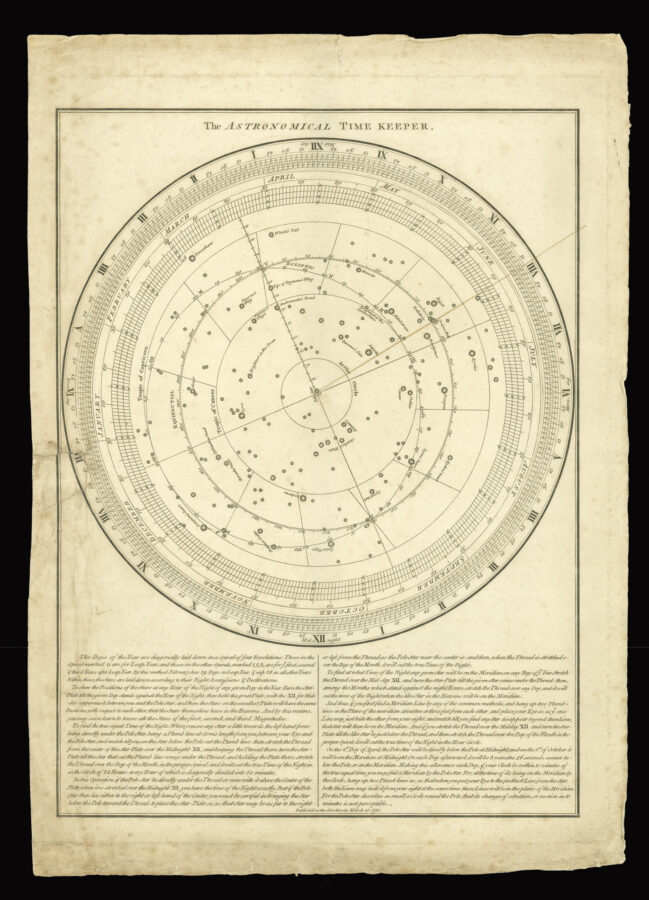 A nocturnal or star dial comprising a rotating disc based on the northern circumpolar stars.

Millburn states that, ​“one of Ferguson’s tracts includes an advertisement for the Astronomical timekeeper … [This] was evidently a printed version of the nocturnal or Star Dial, but we have not found an extant specimen”. The instrument to which he refers is, presumably, the present work, and the advertisement at the end of Ferguson’s ​‘Description and use of the astronomical rotula’ (1775) reads:

​“9. The Astronomical time-keeper. Shewing how to find the true time of the night by the Fixed Stars in all Latitudes. 5s 6d”.

James Ferguson, astronomer, instrument maker, lecturer, natural and experimental philosopher, was born in 1710 at Core of Mayen in the east-most corner of Banffshire. his father was a cottar and too poor to provide him with any formal education. However, his aptitude for learning soon became apparent. At seven, he learned to read by listening to his father teach the catechism to his elder brother. At ten, to earn his keep, he was sent to tend sheep for a neighbouring farmer, and what little spare time he then had was devoted to his developing interest in astronomy, making maps of the stars using beads and thread. 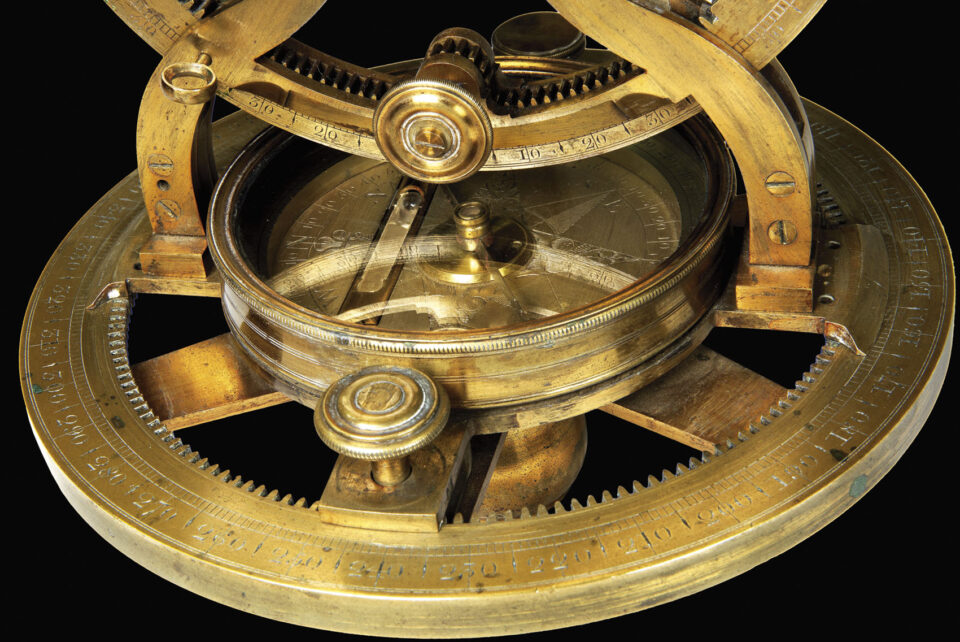