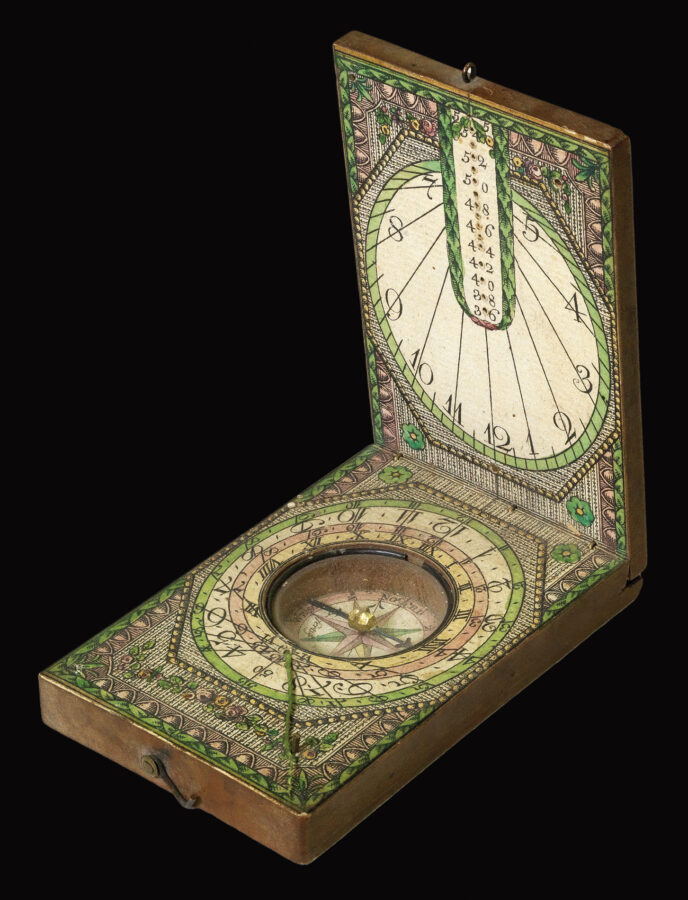 A portable diptych sundial with compass

David Beringer (1756–1821), a sundial maker in Nuremberg, was admitted as master of his craft in 1777 and was known for producing this type of compass sundial in the middle of the eighteenth century in Germany. Instruments of this kind were traditionally made of metal and other hard, expensive materials, limiting the type of customer who could afford them. Beringer’s genius was to see that they could appeal to a much wider audience at the right price, and began to print the faces of the instruments instead of engraving them. He used decorative motifs and striking colours to make them attractive, and they soon became very popular amongst traders and travellers. As the material were much more delicate, few examples of Beringer’s work survive.

On the lid is an engraved list of 48 European cities with their corresponding latitudes. The sundial opens up in half to show two hand coloured dials and a compass on the lower one. A coloured cord, or gnomon, would have connected the two and drawn a shadow when in sunlight. The gnomon could be adjusted depending on the location of the user, with the numbers corresponding to the cities’ latitudes. 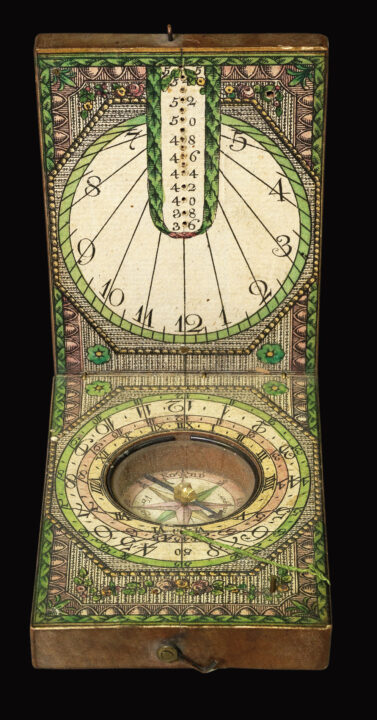 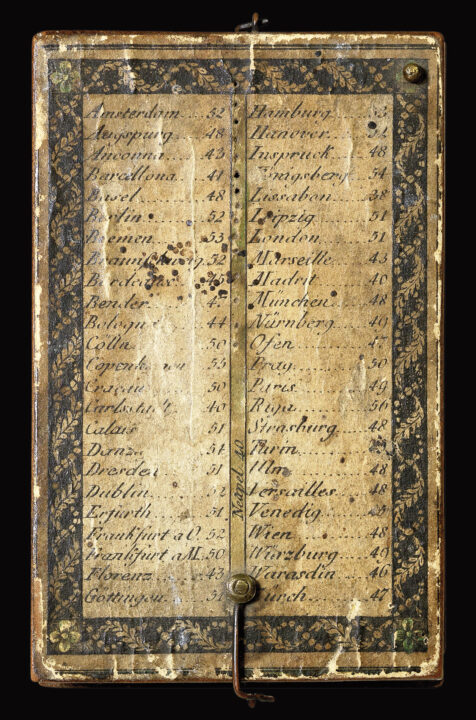