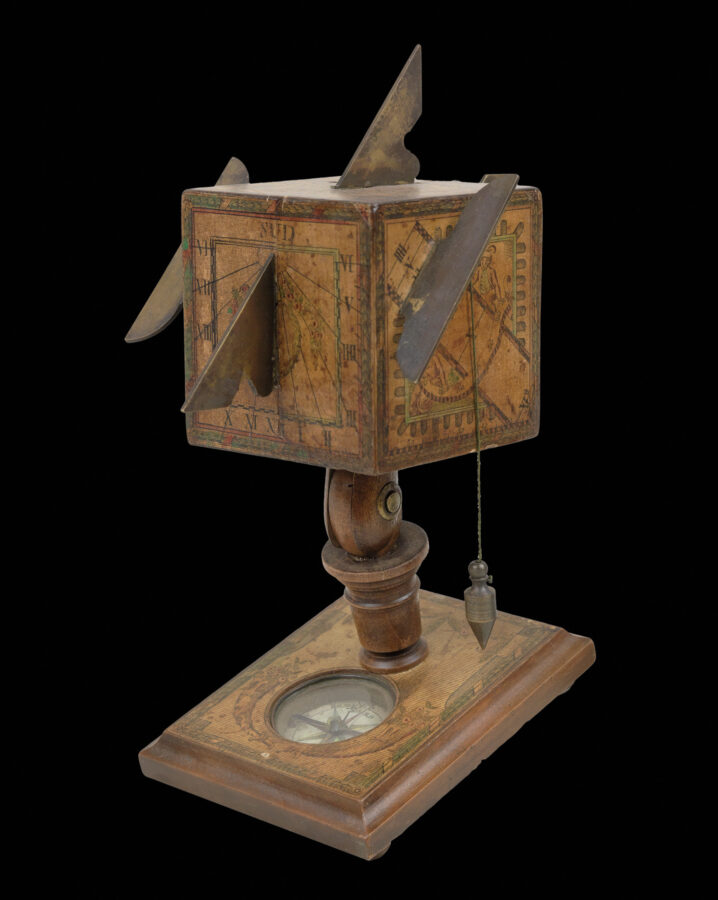 David Beringer (1756–1821), a sundial maker in Nuremberg, was admitted as master of his craft in 1777 and is credited with inventing this particular type of polyhedral sundial, which became popular in South Germany towards the end of the eighteenth century.

The sundial is made up of an articulated arm, surmounted by a cube with sundials and gnomons to all five sides. The arm allows the user to incline the cube in a north-south direction; a plumb line on the eastern side that moves along a graduated scale can be used to adapt the instrument to the latitude of the user. To the base is set a compass in order to gain the correct bearing. 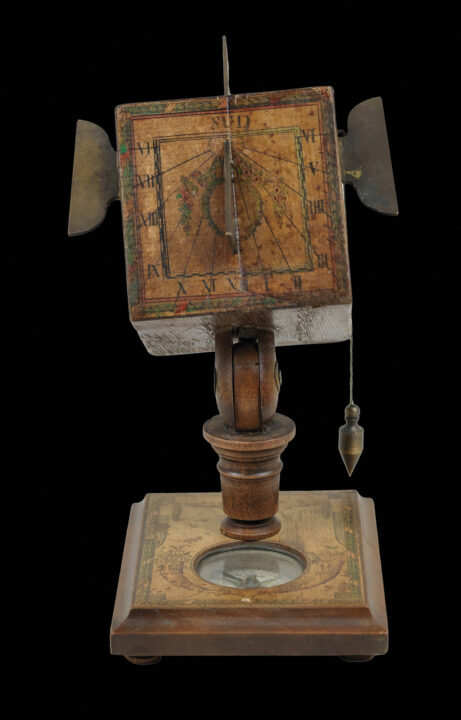