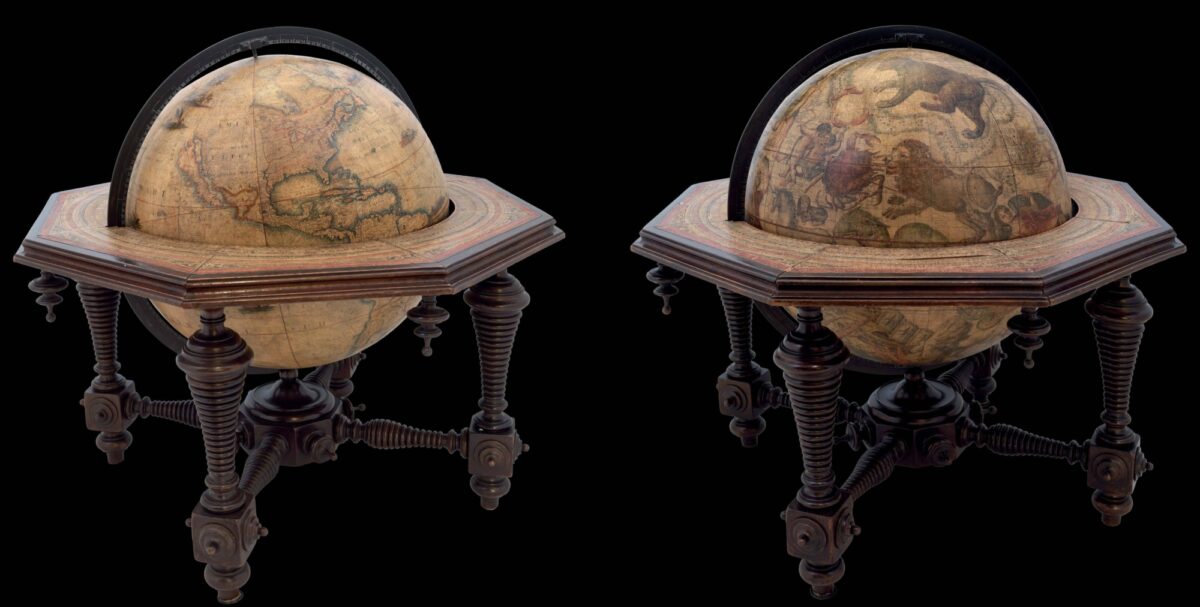 A pair of early Baroque terrestrial and celestial globes

In 1678 Vincenzo Coronelli was commissioned to make an enormous pair of globes for Louis XIV. This pair of terrestrial and celestial globes was constructed in Paris between 1681 and 1683, measuring 4m in diameter. To this day these globes remain unequalled in both beauty and technical prowess. The giant globes were intended for the Palace of Versailles, but they were transferred to the Marly estate as far back as 1703, and then carried to the Royal Library in 1722 where a room of globes was installed in 1731. Subsequent to this, they were displayed in the Grand Palais, from where were removed for conservation work. The newly restored Coronelli globes are now on permanent display in the Bibliothèque nationale de France.

Vincenzo Coronelli’s globes were primarily intended as a teaching aid for the popularisation of geographic and celestial knowledge. However, to own such an item soon became a seventeenth century symbol of power, international commerce and cultural sophistication. Coronelli, ever the skilful businessman, capitalised on the new found market for his works as status-symbols, and brought out several more cost-effective scaled- down versions of his globes, such as the present pair.

Biography
Vincenzo Coronelli (1650–1718) was arguably the finest globemaker of the seventeenth century, and his career was punctuated with numerous prestigious appointments. He was made Cosmographer of the Most Serene Republic of Venice in 1685 before founding and taking over as the head of the Académie des Argonautes, which, under his stewardship, became one of the main geographical societies of Europe. In 1678, the Cardinal César d’Estrées, French ambassador of Louis XIV to the Holy See was so impressed by a pair of Coronelli’s 1.5m globes made for the Duke of Parma, that he requested that the cartographer create the two globes of gigantic proportions for Louis XIV.

Geography
The globes were more than objects of beauty, however, they were also the most up-to-date cartographic documents of the period.Thanks to Colbert’s patronage, Coronelli had access to the maps and charts that were being collected for the publication of the first ​‘Neptune Français’ – the atlas published at the end of the seventeenth century for the needs of French sailors. He also received documents from Blaeu and Sanson, and scoured mariners’ maps for the latest information. It is interesting to note, therefore, that, despite such rigours of research, California still appears as an island. Other noteworthy geographical features include a distorted Australia, especially the south and south-east coasts, and an absence of the south and east of New Zealand.

Astronomy
The celestial globe depicts the constellations as they would have been on the evening of Louis XIV’s birth. 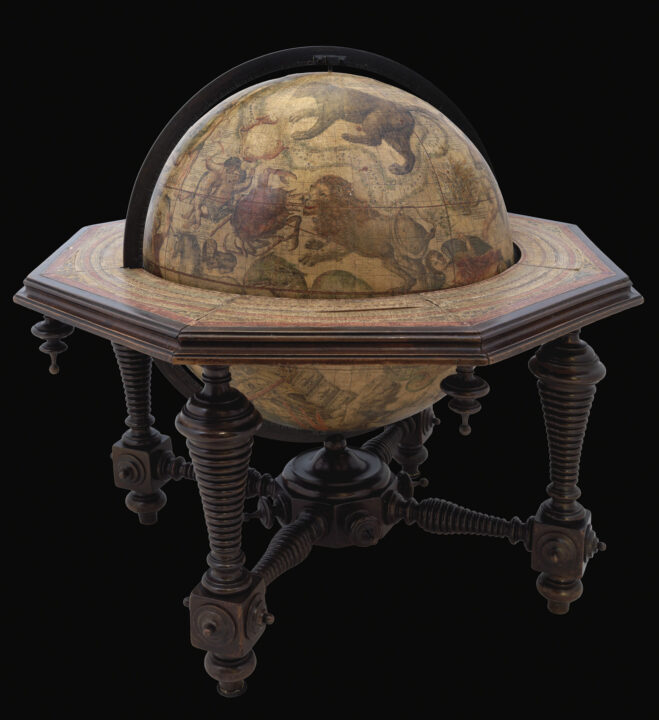