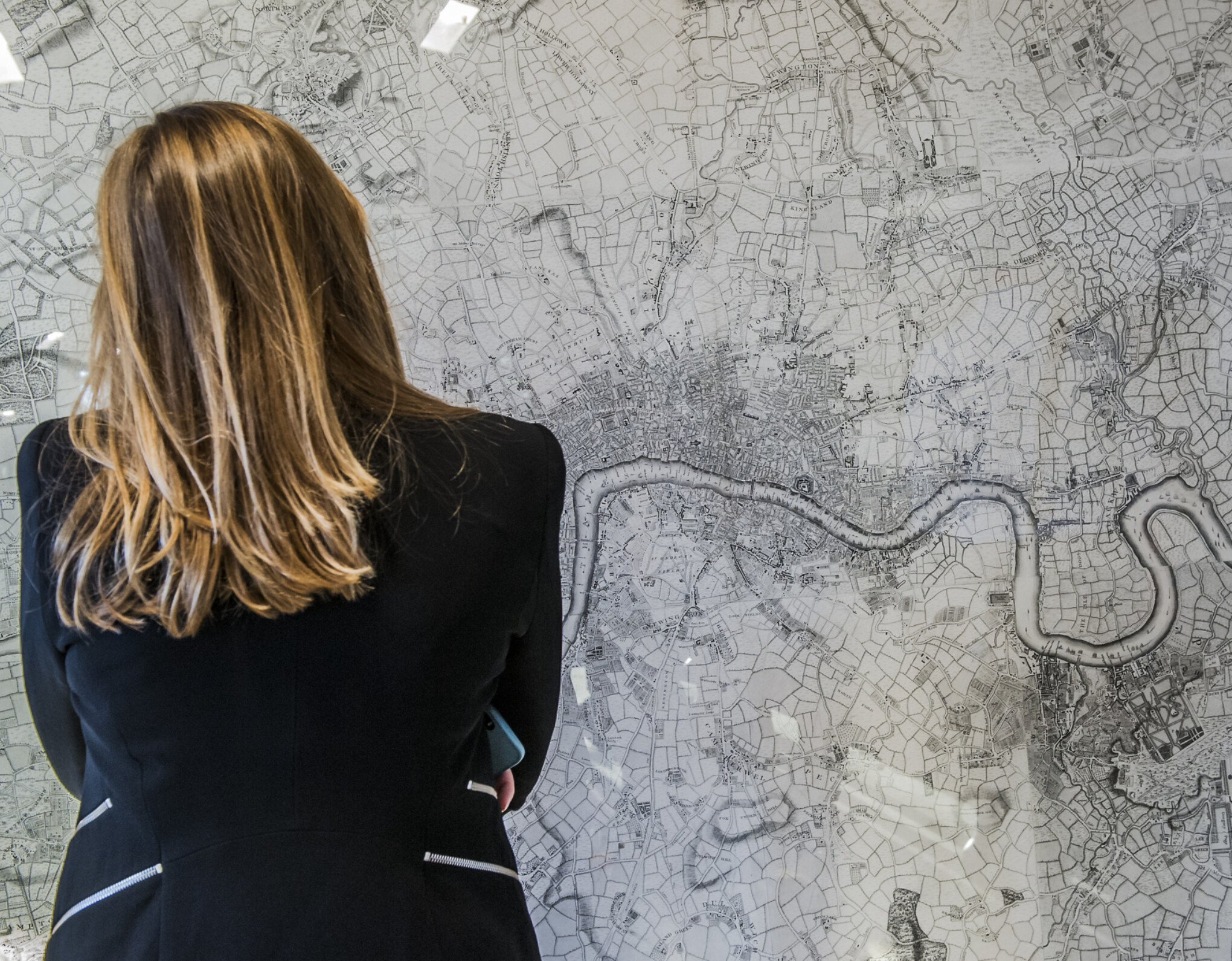 Mapping London at the OXO Tower

As part of the Totally Thames festival, DCRB brings to the Oxo Tower a fascinating exhibition of maps of London from 1572 to 2013.

Highlights include the first printed plan of London, printed in 1572 by Braun & Hogenberg; Rocque’s grand plan of the city and the country ten miles around in 16 sheets from 1747; Booth’s ​‘Poverty map’ depicting the condition and occupation of the people of London in 1889; Beck’s 1933 tube map, the first of its kind; and Simon Patterson’s ​‘Saptarishi’ tube map from 2012, which replaces station names with famous personalities of the decade.