With An Injection Of Funding From Art Basel Parent MCH…

With An Injection Of Funding From Art Basel Parent MCH, Cross-Collecting Fair Masterpiece Presents High-End Objects For All 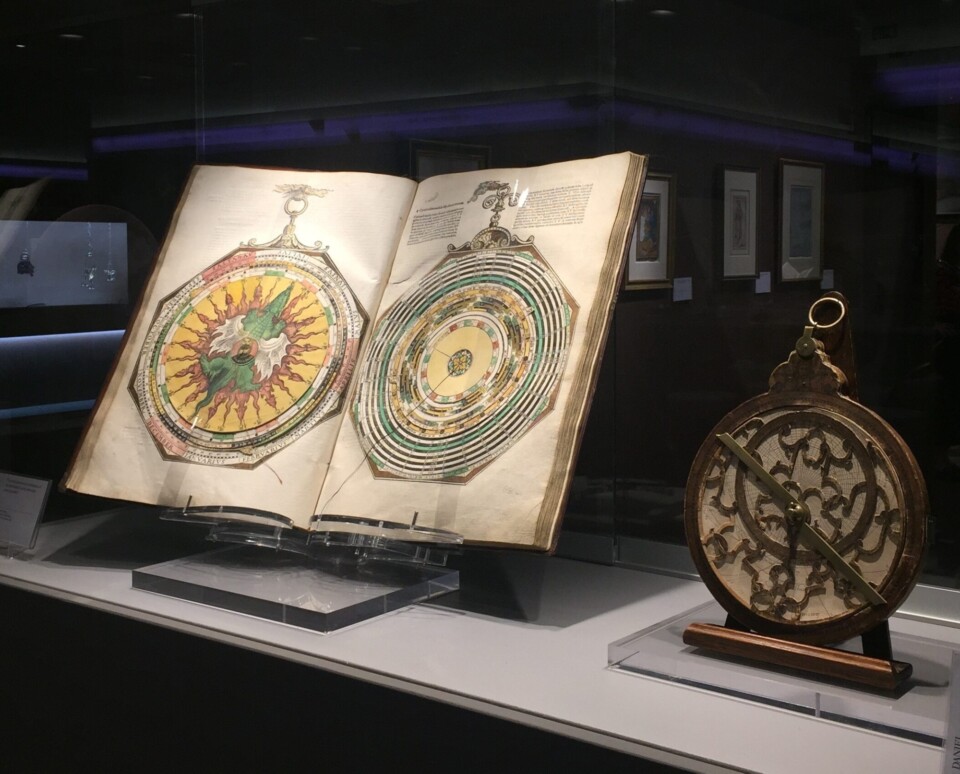 From Richter paintings and lightning frozen in desert sand, to speedboats and digitally reproduced Ibis skulls, the latest edition of Masterpiece proves how amidst a selective offering of objects true luxury may have a different form entirely.

Masterpiece is touted as the preeminent fair for displaying art objects, books, jewelry and furniture, from antiquity through to contemporary. While it is exactly this, paper assertions belie the true experience of a cross-cultural, cross-generational, and cross-discipline fair that sees 160 dealers take objects—both decorative and practical—and present them in an exquisite, intellectual and surprisingly accessible form. Masterpiece has a little of everything for many a deeper pocket, but as Chairman Philip Hewat-Jaboor says, the beauty of the stands and the ethos of the fair ​“open up this world and take away the fear of looking” – which includes pricing transparency, and guides on how to read the labels and ask questions. It is as much a learning opportunity – whether discovering a centuries old, pale blue dining pedestal designed to warm plates that was mysteriously missing for 200 years—as it is a chance for niche passions to emerge. Hewat-Jaboor chuckles as he recounts a favourite painting for its ​“fleck of emerald green in the mountain of an English Surrealist landscape with questionable framing.” The fair is an academic, mental, conceptual and physical exercise in creating layers of special moments, both in the tiny details and larger picture, and this is what sets it apart.

Meticulous attention is its cornerstone. Each item in the fair is subjected to the scrutiny of 160 specialists to verify the quality, provenance and applicability— and galleries and patrons alike expect it. Lucie Kitchner, Managing Director of Masterpiece, shares that one applicant inquired whether there would be a scrupulous enough vetting. ​“They really are putting their best foot forward,” she says. In what Hewat-Jaboor describes as a series of ​“serendipitous engagements”, the strength of Masterpiece lies in its ethos of recontextualising objects, and showing how you can live in a modern way alongside classical antiquities. It isn’t merely a reality saved for museum vitrines. This year’s edition, which saw 9,500 people attend the preview evening, embodied this cross-collecting approach through four main avenues: Marina Abramovic’s scene-stealing entry piece, Five Stages of Maya Dance, in collaboration with Factum Arte and Lisson Gallery for the fair’s second edition of Presents; Daniel Crouch’s Matins To Mars themed booth; Hauser & Wirth’s Wunderkammer fair debut; and Hrair Sarkissian’s Final Flight at Factum Arte.

“The Presents concept is very much about wanting to start the fair experience with something engaging,” says Kitchner, and this frequently coincides with external events. A number of participants exhibit works which dialogue with current exhibitions, such as Hammer Galleries showing Picasso and Monet to echo their shows on at institutions such as Tate, or even Abramovic, who just received a women in arts award and will have the RCA’s first female solo show in 250 years come 2020. ​“Abramovic was thinking about how to capture time, and a lot for her has been about interaction with the audience and this creation will have that legacy element but in a way that is still experiential.” The alabaster relief portraits in states of torment with dramatic LED lighting reference classical sculpture, the timelessness of angst, and modernity of technology by way of the image projected onto a curtain of mist. The blurring of worlds piqued the interest of the artist herself, who stayed long at the fair to watch audience reactions. ​“We are about beautiful objects, we don’t tend to have other areas, so this was a great opportunity to have an incredible artist bring something relevant to Masterpiece,” says Kitchner. ​“That is where the dialogue started.”

Opposing disciplines and epochs are seamlessly combined. ​“I love how you’ll see Blain | Southern’s Chiharu Shiota work State of Being (2016), which sold for EUR170,000 (AED727,000), next to Daniel Crouch’s incredible 13th-century manuscripts,” says Kitchner. Daniel Crouch, whose museum-like booth adopted the theme Matins to Mars in collaboration with Les Enluminures, explored time by way of historical books and hand illuminated manuscripts, maps and objects. ​“We wanted to have a theme which was a new, fresh take on time,” says the eponymous gallery owner. ​“Matins being the first hour in the liturgy—books about time—we wanted to look at time and place. It’s a brief history of time and you can see that when you look at the material. I have a pair of zodiac rings in the back [12 rings with zodiac signs in intaglio, 1800, sold], an astrolabe, its companion volume about time and space, books of hours… We’re encompassed by time. People are obsessed with it—it’s the ultimate luxury!”

Usual white cube space Hauser & Wirth—new to the fair along with Landau Fine Art, Galerie Henze & Ketterer, and Hammer Galleries—also took the fair by storm with their atypical presentation. ​“The incredible Wunderkammer that Hauser & Wirth have done makes everyone think carefully about how something can work in an environment, and then create their own environment,” exclaimed Kitchner. ​“I hugely admire Hauser & Wirth for creating an environment that not only makes sense to people who collect contemporary art, but also those who perhaps don’t. It was a really smart, really well thought out way of showing how their pieces can fit into many environments.” Combining contemporary works by artists such as Phyllida Barlow alongside a selection of 18th- and 19th-century furniture from Butchoff Antiques, including a wooden chair constituting a seat supported by two bear carvings (Black Forest Bear Armchair, c.1880), the gallery sold Hans Arp’s Cuillère et nombrils (1928) for EUR1.5 million (AED7,260,000).

Adrian Sassoon, who has participated in the fair since its beginnings, has been around to see the new expansion of the space—“It allows the fair to breathe a bit,” says Kitchner, ​“regardless of how fabulous things are, there is fatigue, and I don’t ever see us being 250 exhibitors”—and the emphasis on enjoyment via pop-ups of culinary mainstays The Ivy, Scott’s and Le Caprice. However, Sassoon, by trade an 18th-century antiques dealer, likewise has a foot planted firmly on both sides of the modernity line. Nurturing contemporary artists, he often shows works that have been made in recent months or days, but with traditional materials used for centuries, such as silver, brass, porcelain or bamboo. ​“You should be able to see the timeline of works,” he says. ​“Looking at what people have done over previous centuries makes you a much better judge of contemporary.” This is why other dealers, such as Wartski, have revamped their methodology, opting to deviate from the typical presentation of furniture in a drawing room setting, with coloured wallpaper and carpet. ​“This year they’ve gone with neutral backgrounds, strong lighting,” remarks Kitchner. ​“Many pieces are works in their own right, and we need to stop thinking about them as furniture only. This showcases them in a new context, which is sometimes unexpected, but becomes relevant to a whole new group of people.”

But those who think they may grasp the breadth of the fair will be surprised—whether from the increased jewellery booths, such as the delicate, organic sculptural pieces of Cindy Chao inspired by her recent trips to Canada—some of which were only on display from generous collector loans—or the overwhelming, charmingly stuffed and layered booth of Steinitz, which recreates a classical salon, complete with velvety walls, and took nearly three days to set-up. Then, there is the edgy Factum Arte booth. Displaying a range of Middle Eastern artists— from Rachid Koraichi and Ahmed Mater to Joanna Hadjithomas & Khalil Joreige—it was a fragile series of seven small Northern Bald Ibis skulls which had many, including Hewat-Jaboor and Kitchner, reacting with goosebumps. ​“We’re a workshop where artists come and play with our people, who are mediators between the digital and physical,” explain Factum Arte. ​“Hrair Sarkissian’s piece, Final Flight, is really moving because it is about fleeing from Syria and the war.” Sarkissian approached them wanting to react to the fact the bird species, which as of 2004 and then 2011 had a population of seven, is now quite possibly extinct. ​“The birds nested in Palmyra, migrated to Ethiopia and then back again. They were followed by scientists, monitored, but they’ve since disappeared,” they share. ​“He wanted to respond to that, and we’ve made it about the conflict and transition from digital to physical because it was produced by scanning a Bald Ibis head from a Spanish specimen. It’s a very beautiful, muted, melancholic response to conflict.”

Masterpiece aims high—three Hellenistic coins sold for GBP30,000 (AED145,180) at ArtAncient, and Lullo Pampoulides moved Allessandro Magnasco’s Saint Anthony of Padua preaching to the Fish (c.1740) for GBP65,000 (AED314,558)—but it isn’t frenetic. Dealers attend invest time and effort driven from passion, producing deeply personalised, intellectual booths, which take time to revel in. There is a sense of calm and niche quirk throughout—and whether you enjoy the surrealism of Francis Bacon’s Miroir de la Tauromachie (1990), which sold for GBP68,000 (AED329,076) at Shapero Rare Books, or another by ArtAncient, An Incidental, Surrealist Sculpture, a French gogotte formation from the Oligocene Period, 30 million years ago, which sold for GBP50,000 (AED242,000)—there is a pocket for everyone. And though Masterpiece brings immaculate curation and a wealth of knowledge to the table, perhaps you needn’t necessarily rely upon a guide for what to ask and how to see—the objects are bursting at the seams with histories and idiosyncrasies. All you need to do is pause for a minute and they will reveal themselves.