Why are museums taking patrons to Frieze? 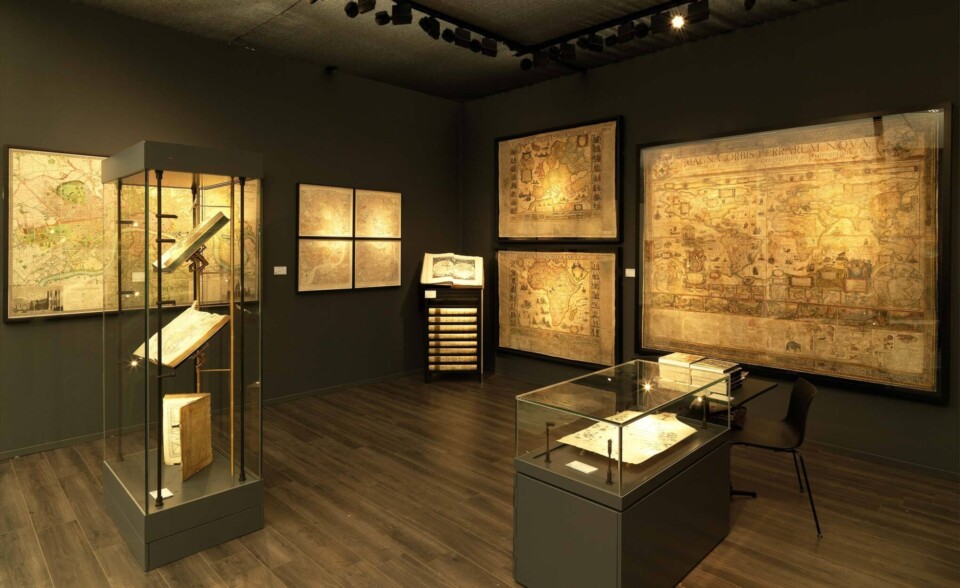 “He’s the pied piper,” says Claire Dewar, referring to Gavin Delahunty, the Hoffman Family senior curator of contemporary art at the Dallas Museum of Art. Delahunty is showing a group of patrons a selection of works by the artist Patricia Treib at Frieze London. Dewar, a trustee of the museum, is one of 10 group members on a tailor-made tour of the fair led by Delahunty. Earlier this week he picked out 10 highlights from the stands, waxing lyrical about Jeff Koons’s 2015 work ​“Gazing Ball (Giotto The Kiss of Judas)”.

Trustees and patrons with links to major museums are turning up in increasing numbers at art fairs worldwide, and curators keen to build closer relationships with their supporters build special VIP packages for their protégés (the Dallas group had meetings with artists and other curators on their itinerary). Dewar is evangelical about the London outing. ​“There is a certain degree of camaraderie on these trips. You get great insider information and a depth of knowledge from the curator which is casual but informative,” she says.

“They’re all inﬂuential business people, with deep passion and knowledge of art,” says Agustin Arteaga, director of the Dallas Museum of Art. ​“Fairs work for all of us, collectors and museums alike. We beneﬁt from [patrons’] support, and discuss certain works at the fair with the collectors that would be strong choices for their collections, or that might be donated to us.”

These museum group gatherings seem to be mutually beneﬁcial. Dewar stresses that the museum is always raising money to support its Contemporary Art Initiative programme, a philanthropic group committed to exhibitions and programming (beneﬁts include ​“access to domestic and international art fairs”).

“It is more common to ﬁnd a US curator visiting with potential donors than the equivalent person from a UK institution,” says the London rare book and maps dealer Daniel Crouch, who is showing at Frieze Masters. The museum donation-friendly tax system in the US means that fundraising is ​“more professional and polished” than in the UK.

Crouch has noticed an increased presence of institutions at major fairs, such as Frieze Masters and the European Fine Art Fair (Tefaf) in Maastricht. ​“Institutional sales have comprised over 50 per cent of our turnover at these fairs in the past four years, compared with 25 per cent to the three years prior,” he says. Lisa Panting of the gallery Hollybush Gardens, a Frieze London participant, says that some enduring relationships with private collectors began via the museum groups.

Fair organisers are particularly keen to advertise the number of museum groups that turn up as these delegations give trade events a more erudite sheen. Frieze London and Frieze Masters boast more than 70 museum groups this year, with parties attending from the Stedelijk Museum in Amsterdam, The Louvre, the National Gallery of Ireland and the Mauritshuis in the Netherlands.

Every museum group functions differently. Max Hollein, director of the Fine Arts Museums of San Francisco, says that ​“opening doors” for attendees to private collections and artist studios are the main priorities for his group this week in London.

And do the patrons help fund acquisitions, in return? ​“All of them help keep the museum aﬂoat. The trip not only bonds the group together, but creates better knowledge about the possibilities and necessities of the museum.” A lengthy process ensues if the group decides to acquire a work at the fair, ​“so very rarely do we take an impromptu decision there”, he adds.

Museums in the UK stress that while they invite patrons to fairs, acquisitions are not on the agenda. A British Museum spokeswoman says that Frieze passes offered to the institution are handed on to patrons. Modern Art Oxford, meanwhile, has brought about 40 supporters for a two-day programme (director Paul Hobson will tour the fairs, Frieze sculpture park and some West End galleries).

Big UK galleries often have fundraising arms in the US. Royal Academy America, a charitable organisation for the RA’s supporters in the US, raises funds for speciﬁc projects in London; its delegates regularly show up at the Regent’s Park fairs.

British museums benefit in other ways. Tate has acquired more than 100 works since 2003 through the Outset Contemporary Art Fund by artists such as Hurvin Anderson and Alice Channer (the entertainment agency WME| IMG now sponsors the Frieze Tate Fund, providing £150,000 for acquisitions). ​“Museums are generally slow in their acquisition process unless they have a specific fund they have to use at the fair,” Panting says.

Moderna Museet’s Swedish Patrons group is a slightly looser arrangement. ​“The patrons visit the art fairs mainly on their own, but we will meet up one afternoon to discuss the [Frieze London] fair and listen to a talk about the Swedish 2017 Palme d’Or-winning ﬁlm The Square,” a museum spokeswoman says. The Square, incidentally, is a merciless satire on contemporary art world dynamics.