‘The map that changed the world’ offered at London gallery for £100,000

William Smith’s 1815 map of England and Wales represents a milestone in geological history and a pivotal moment in its creator’s colourful life. 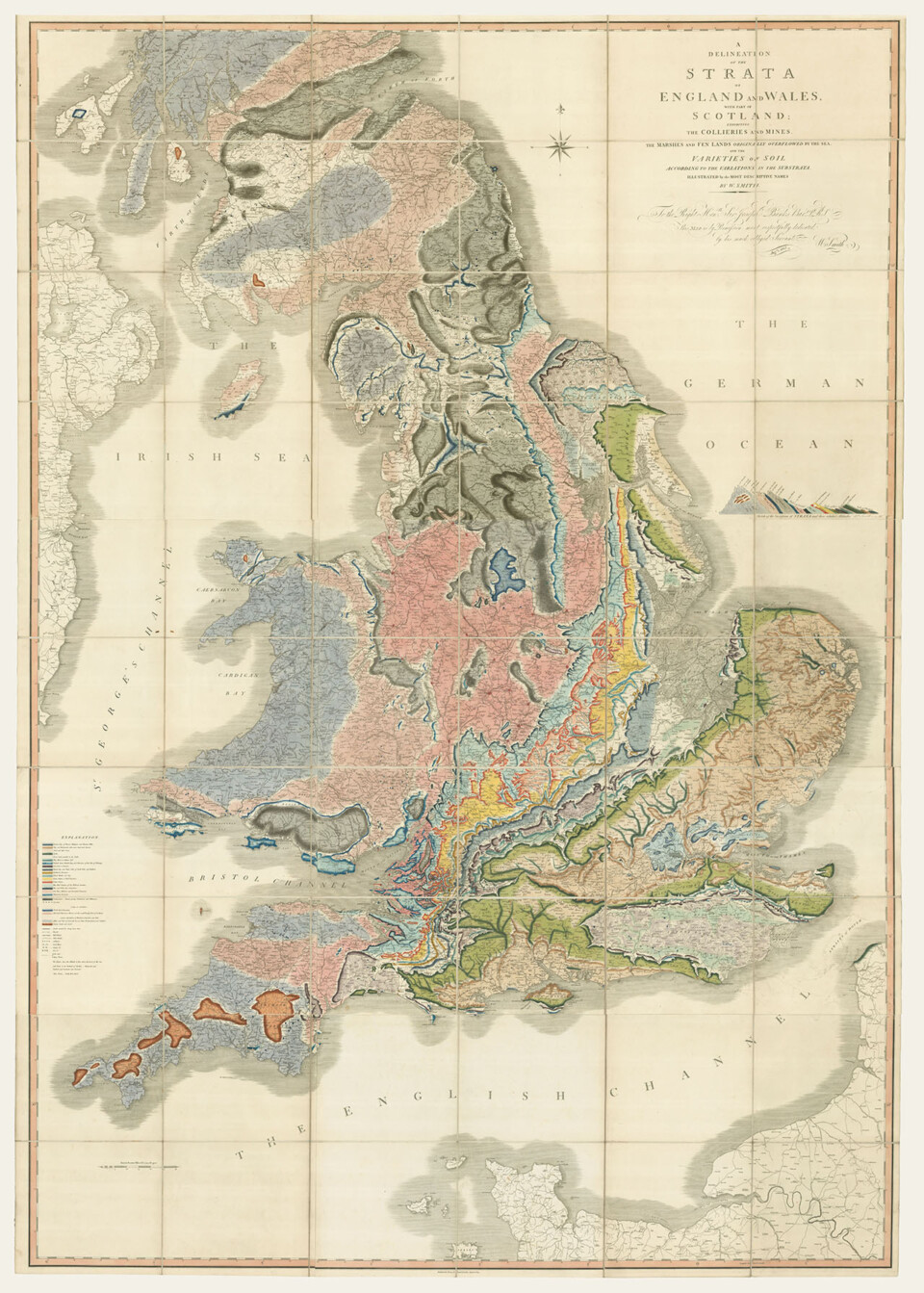 A Delineation of the Strata of England and Wales with Part of Scotland was the first detailed geological map of any country. It details the different landscapes and varieties of soil across the island according to variations in substrata.

It is now on offer from London dealer Daniel Crouch Rare Books for £100,000. Mounted on linen in three sections and measuring 7ft 7in x 6ft 1in (2.31 x 1.85m), it is signed and numbered a65 by the author to the lower-right corner of the north section.

It was published by John Cary in London in 1815 and is one of five states of the map that have been identified. The earliest, unnumbered state is known in only a few copies and the example in question here was signed between December 17, 1815 and January 23, 1816. It is from a series numbered from a1-100.

Smith’s life and work are recorded in Simon Winchester’s 2001 book The Map that Changed the World. After 1815, Winchester writes: ​“He was imprisoned for debt, turned out of his home, his work was plagiarised, his wife went insane and the scientific establishment shunned him.”

A Delineation… is one of the pieces included in Daniel Crouch’s new catalogue Data Visualization, which features maps in the modern era that used gathered data to make information readily accessible to a wider audience.

Other pieces in the group include Charles Booth’s 1889 Descriptive Map of East End Poverty and Harry Beck’s 1933 map of the London Underground.

However, his ground-breaking theory on the nature of strata, developed as early as 1796, is still celebrated today.