The Best 18th-Century Toilets Were Designed to Look Like Books

READING MATERIAL AND TOILETS HAVE a special relationship. Stacks of magazines are as common a fixture of many washrooms as toilet paper, toothpaste, or towels. 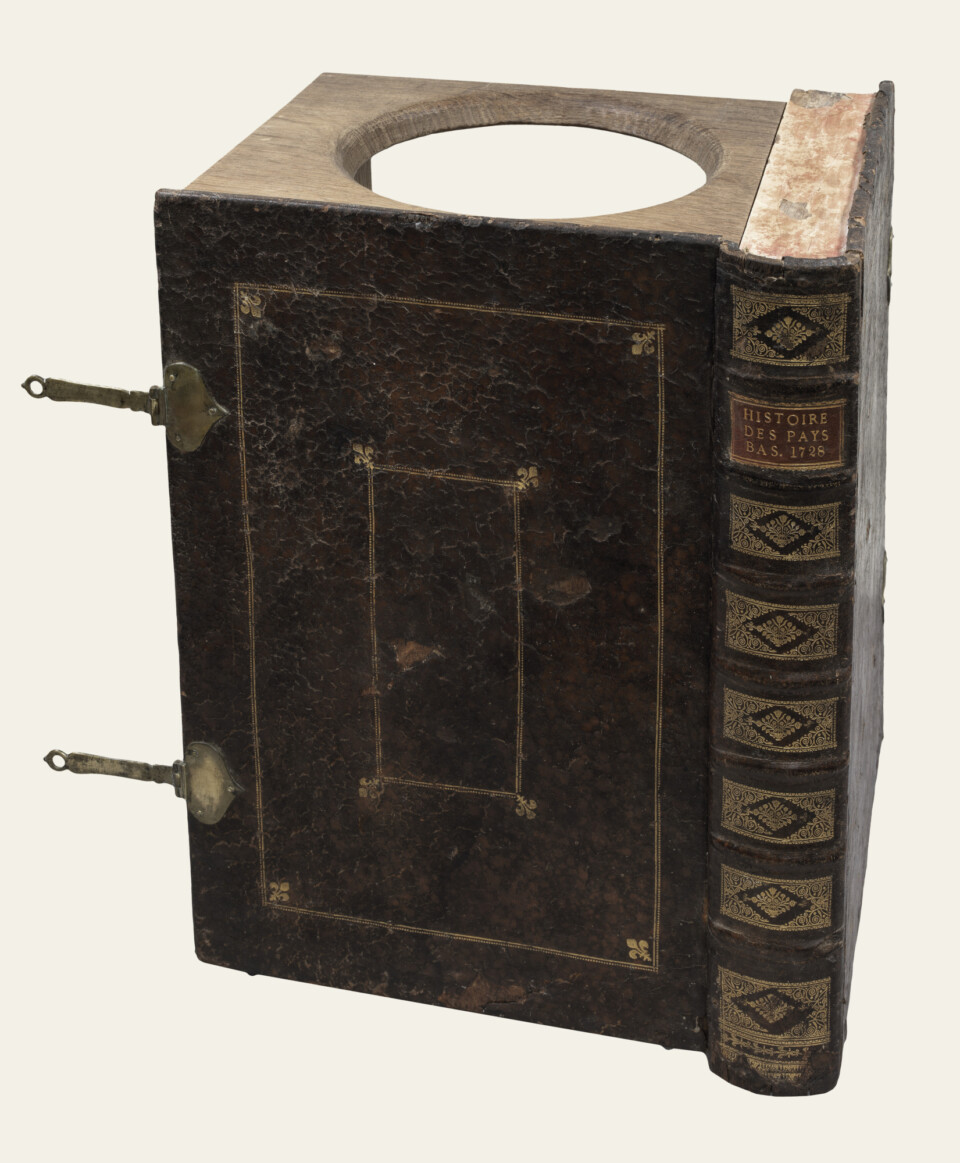 The porcelain-throne-as-reading-nook trope is so famous that Barnes and Noble once created a list of the five best ​“books to read in the bathroom,” ideal for tackling in ​“two- to 10-minute increments.” Books had a place in some 18th-century bathrooms, too, but they weren’t always for reading. Occasionally, they were just highbrow camouflage.

Sometimes, this concealment was luxurious. The sun-drenched, library-themed lavatory inside the Hofkamer, an structure within the Den Wolsack complex in Antwerp, Belgium, offers the illusion of actually going to the bathroom on a pile of books. With the input of the architect Engelbert Baets, the building’s 18th-century owner, Adrien van den Bogaert, designed a washroom lined with faux ​“bookshelves” fashioned from leather and wood, all the way down to a handsome stack of ​“books” on the floor, with a hole cut in the top. The Boekentoilet, or ​“book toilet,” conceals a more traditional bowl, and can be seen on tours of the building, available each year from June to September. But there’s no using these bookish facilities. That will have to be done in a modern toilet, before or after the tour.

Other book toilets could be much more humble and portable, and a little sillier. One made in France around 1750, and currently for sale through Daniel Crouch Rare Books, appears to be a plain old folio—but unclasp it, and you’ll find a folded stool with a space for a secreted chamber pot.

This particular object is even bawdier that it first appears. The spine reads Histoire des Pays Bas, which translates to ​“History of the Netherlands”—a winking reference to the user’s own nether regions. ​“It’s an entertainment for stupid boys,” says Mindell Dubansky, a book conservator and author of the book, Blook: The Art of Books That Aren’t. ​“You just don’t think of pooping on books.”

She adds that it’s not entirely clear whether book toilets would have been made out of pieces of real books, or rather from faux book covers or binders’ extras. Then again, squatting on something literary may not have seemed as much of a desecration as it would today. ​“We would now think of them as precious objects, but the books didn’t have the value then that they have now,” Dubansky says. Into the 19th century, French booksellers regularly sliced and diced older books in order to make souvenirs such as tea caddies or book safes (which were typically intended for mementos or valuables, of course, not urine and feces).

However silly these book toilets were, they might have seen some action. Suzanne Karr Schmidt, curator of rare books and manuscripts at the Newberry library in Chicago, encountered the 17-by-13-inch Histoire des Pays Bas at a book fair, and concluded that ​“the scale seemed large enough for it to be perfectly functional.” She wasn’t able to get close enough to examine it for any ​“tell-tale stains,” she says—but their presence or absence wouldn’t necessarily prove anything, she adds, because the object may have been well-cleaned. In the years before flush toilets became bathroom mainstays in Europe and beyond, people routinely used chamber pots, and it’s conceivable, Dubansky says, that they might have used portable book toilets as a way to hide and haul their chamber pots while traveling.

Whether they were gag gifts, showy architectural elements, or handy additions to someone’s luggage, book toilets are a reminder that scatalogical humor has a long history. ​“This sort of joke is universal and has always been,” Schmidt says. ​“It may be disgusting at times, but it remains deeply, dare I say, gut-wrenchingly funny.”