A wealth of objects shelter under the great ​‘Asian art’ umbrella — together representing five millennia of artistic endeavour across one quarter of the globe. 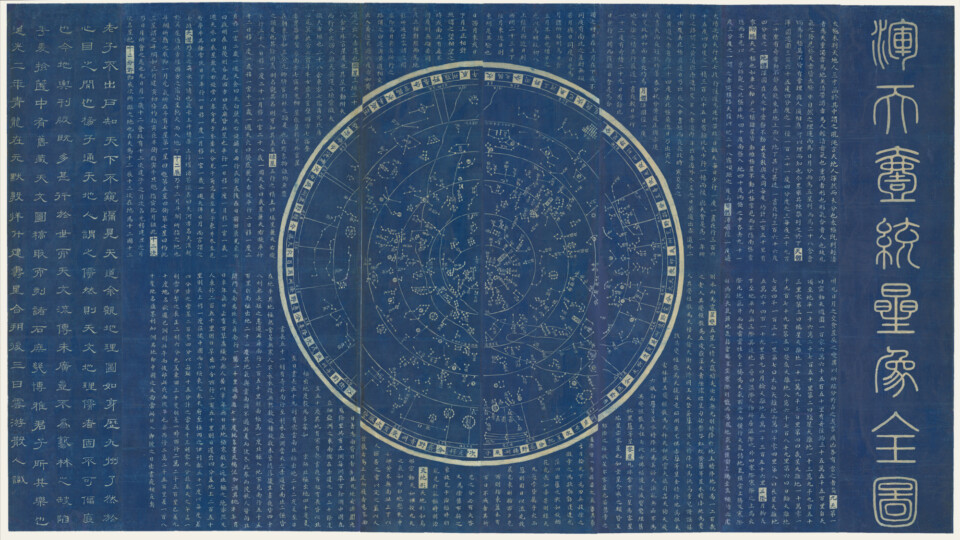 Here we preview a series of Asian art objects available for sale at galleries and auctions over the next month, and each from a different moment in time or geography. From the cult of Monju to the beginning of a new Japanese imperial era — all tell a compelling tale. Compiled by Roland Arkell, Laura Chesters, Frances Allitt and Noelle McElhatton

The land, sea and sky according to the Qing Monumental woodcuts of the earth and heavens Daniel Crouch Rare Books: £400,000 each

The title of this large woodcut map, translating as The Complete Geographical Map of the Everlasting Unified Qing Empire, suggests it was as much a political as a geographical record.

Based on research originally presented to the Qianlong emperor by the cartographer Huang Qianren in 1767, it shows China as the Qing would wish it to be remembered: the physical, political and cultural centre of the world. Borders are vague and foreign entities inhabit the fringes.

To the upper left of the map are both the Mediterranean or Small Western Ocean, and the Atlantic or Great Western Ocean, with Holland and England depicted as islands.

No example of Huang Qianren’s original work survives (a painted copy was produced in 1800 and now resides in the Beijing National Library). This map is a revised and enlarged version printed during the reign of the emperor Jaiqing (1796–1820), c.1811. It was printed in 16 sections on eight sheets in two colours (black and white and blue and white, as here) and measures 4ft 4in x 7ft 4in (1.33 x 2.23m).

Its ​‘pair’ of a similar monumental size is a celestial chart, Huntian yitong xingxiang quantu, printed for Jaiqing’s successor Daoguang (1820–50). A Qing interpretation of Southern Song learning, it too carries an overt political message: the bestowing of the Mandate of Heaven on just rulers of China.

Unlike the 12 houses of the zodiac devised by Western astronomy, Chinese astronomers identified 28 divisions in the sky known collectively as the Ershi ba xingxiu that were used to measure the coordinates of celestial bodies and constellations along the equator.

Three different states of this planisphere are known, each with slight differences in terms of the textual content and layout. This example is dated for the second year of the Daoguang reign (1822).

Daniel Crouch Rare Books has recently reunited the two maps and they will be offered for sale at £400,000 each.