The National Museum of the Royal Navy hopes to raise £600,000 to stop the export of a group of hand-drawn Armada maps to an overseas buyer. 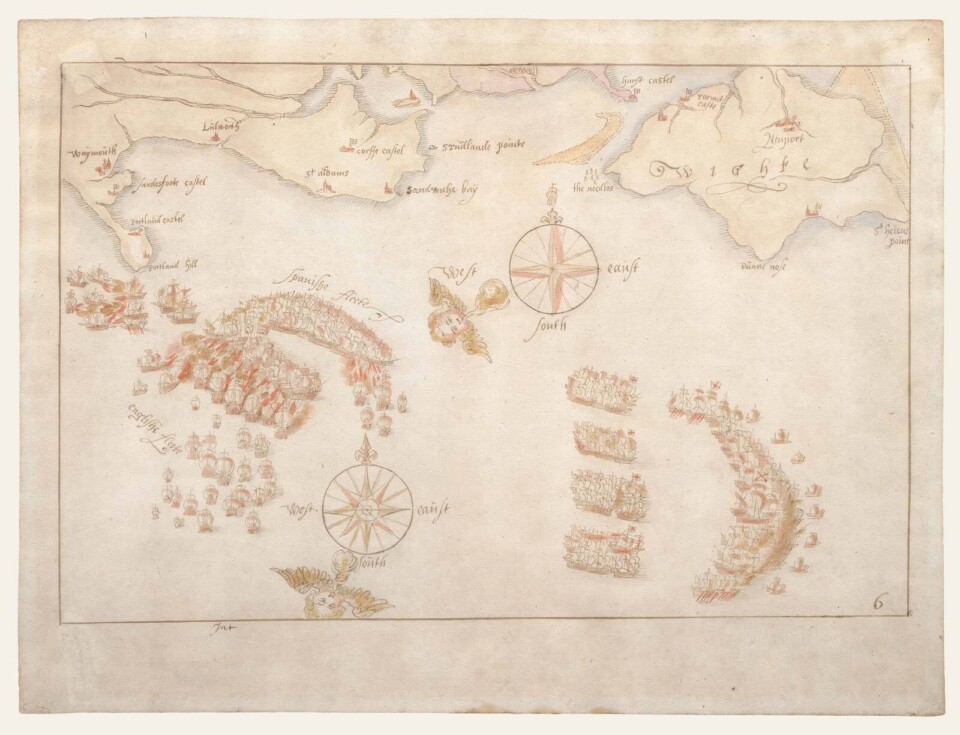 The 10 maps are the only known contemporary drawings of the defeat of the Spanish Armada in 1588 and have been temporarily prevented from being exported by The Department for Digital, Culture, Media & Sport (DCMS) on the advice of the Reviewing Committee on the Export of Works of Art and Objects of Cultural Interest (RCEWA).

As reported in Antiques Trade Gazette in July, there is a fundraising deadline of January 9, 2021 to raise the £600,000 plus VAT.

The museum has laid down £100,000 from a ring-fenced annual purchase grant from the Royal Navy but needs to raise a further £500,000 to bring the maps into public ownership and place them on display for the first time

The museum said that while applications to funders, including the National Lottery, are being made there is ​“no guarantee of success” so it is seeking wider public support.

The acquisition would provide ​“an important opportunity to explore the history of England and the influence of that history on the present day”.

The maps, drawn by an unknown draughtsman, possibly from the Netherlands, relate to the most famous images of the conflict: a series of engravings completed in 1590 by Augustine Ryther.

The original drawings by Surveyor of the Queen’s Works and military engineer Robert Adams (d.1595) which were used by Ryther have been lost. However, it is believed these maps are near-contemporary copies.

RCEWA committee member Peter Barber said at the time of the export bar: ​“Robert Adams was one of the most skilled cartographic draughtsmen of Elizabethan England, the delicacy of his work resembling the finesse of miniaturists such as Hilliard.

“His maps of the Armada, engraved in significantly amended form by Augustine Ryther, became the official image of one of the most celebrated episodes in English history. Their importance in the creation of England’s historic self-image cannot be exaggerated.”

Andrew Lambert, Laughton professor of naval history at King’s College London, said: ​“Not only were these maps critical to the first attempt to record and publish English naval history as part of the national story, but they have influenced every subsequent account of the Armada campaign, in text, charts and tapestry.”

Dominic Tweddle, director general of the National Museum of the Royal navy, said: ​“ATG can fairly claim to have originated the campaign to save these for the nation since I saw the maps reported there and then picked up the phone to the team to say we must save them. Fingers firmly crossed that we can achieve that aim.”

He added: ​“The Armada maps represent a defining moment in England’s naval history and speak directly to our identity as an island nation. This has been an incredibly tough year for the museum, with our Covid-19 enforced closure and loss of revenue. However, when we learned that the maps could be lost abroad into private hands we decided we were honour bound to step in and lead the fight to save them for the nation”.

The maps had been owned by Roger Wilbraham MP (1743–1829) in 1828. The earlier provenance is not known. The Wilbraham family then sold the drawings at a Sotheby’s sale in 1898 and they were bought by London bookseller J Pearson and Co and later sold to William Waldorf Astor (1848–1919).

They were then inherited by the Waldorf Astor family. More recently, dealer Daniel Crouch acquired the group and agreed to sell the maps to an overseas buyer, believed to be in the US, who applied for the export licence.

Anyone wishing to support the campaign should visit nmrn.org.uk/armada-maps to find out more.

Anyone wishing to support the campaign should visit nmrn.org.uk/armada-mapsto find out more.