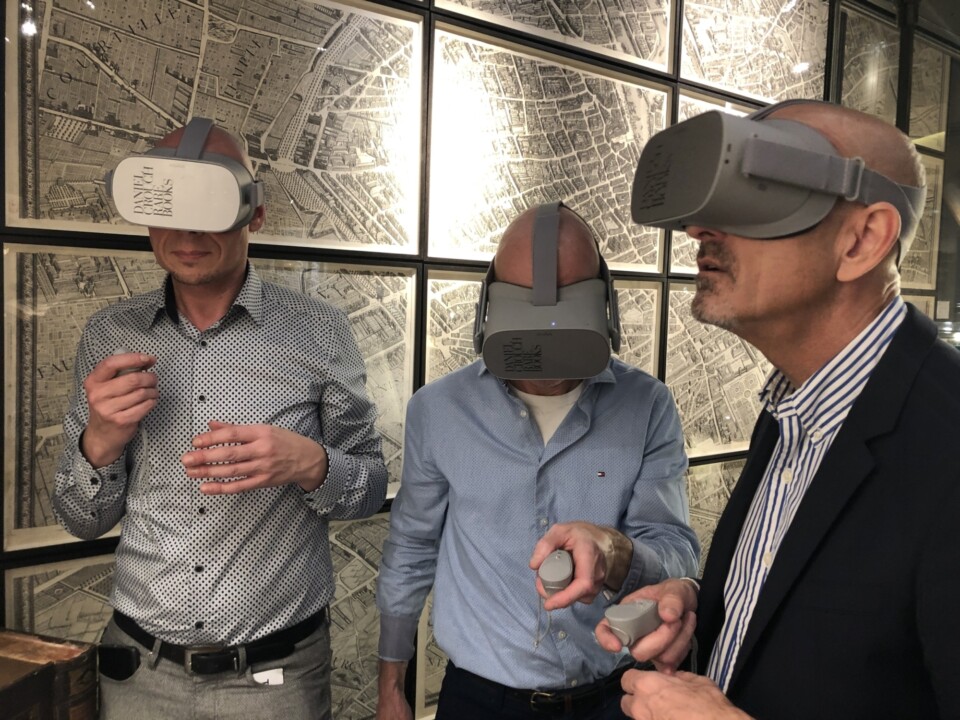 Firsts: London’s Rare Book Fair, the Antiquarian Booksellers’ Association’s annual flagship event, opens its doors for the 62nd time in the capital in June. There will be plenty on view with more than 150 exhibitors from fifteen countries presenting signed first editions, maps, manuscripts, art, and ephemera.

To raise awareness of the Shakespeare’s Globe Theatre’s Project Prospero, which is fundraising for a new Shakespeare library and archive, there will be various related items on show from the John Wolfson Rare Books Collection including a Shakespeare First Folio (1623) as well as a first edition of The Two Noble Kinsmen (1634) by Shakespeare and John Fletcher, not included in the First or subsequent Folios.

Elsewhere, Daniel Crouch Rare Books will offer visitors the chance to use Oculus Go headsets to take a virtual reality trip over the enormous and highly detailed Turgot map of Paris of 1734–1736, and there will be a special Bible exhibition from the International Society of Bible Collectors including a fragment of the Gutenberg Bible, the Lunar Bible (the first book on the moon), and a so-called Wicked Bible from 1631.

Among various events will be ​‘Bookwomen and Books by Women’ with A.N. Devers, owner of The Second Shelf bookshop in London, who will lead a tour of examples at the fair of masterpieces by women on June 7 at 4:30 pm. Talks include Benjamin Crawford from the International Society of Bible Collectors who will discuss collecting the Bible on June 8 at 5:45 pm, and a panel discussion earlier in the day at 11:30 am on ​‘The Evolving State of Internet Bookselling.’

The fair runs from noon on June 7 — when actor and book collector Stephen Fry officially opens the fair — through June 9 at the Battersea Evolution, Battersea Park, London.

And, if you are in London earlier in the week, the Provincial Booksellers Fairs Association is running its London Antiquarian Book Fair at ILEC Conference Centre, Ibis London Earls Court Hotel, 47 Lillie Road, on June 6 and 7 with over 100 UK and international booksellers exhibiting.