Object lessons: from a manuscript globe of Mars to a Baroque female self-portrait 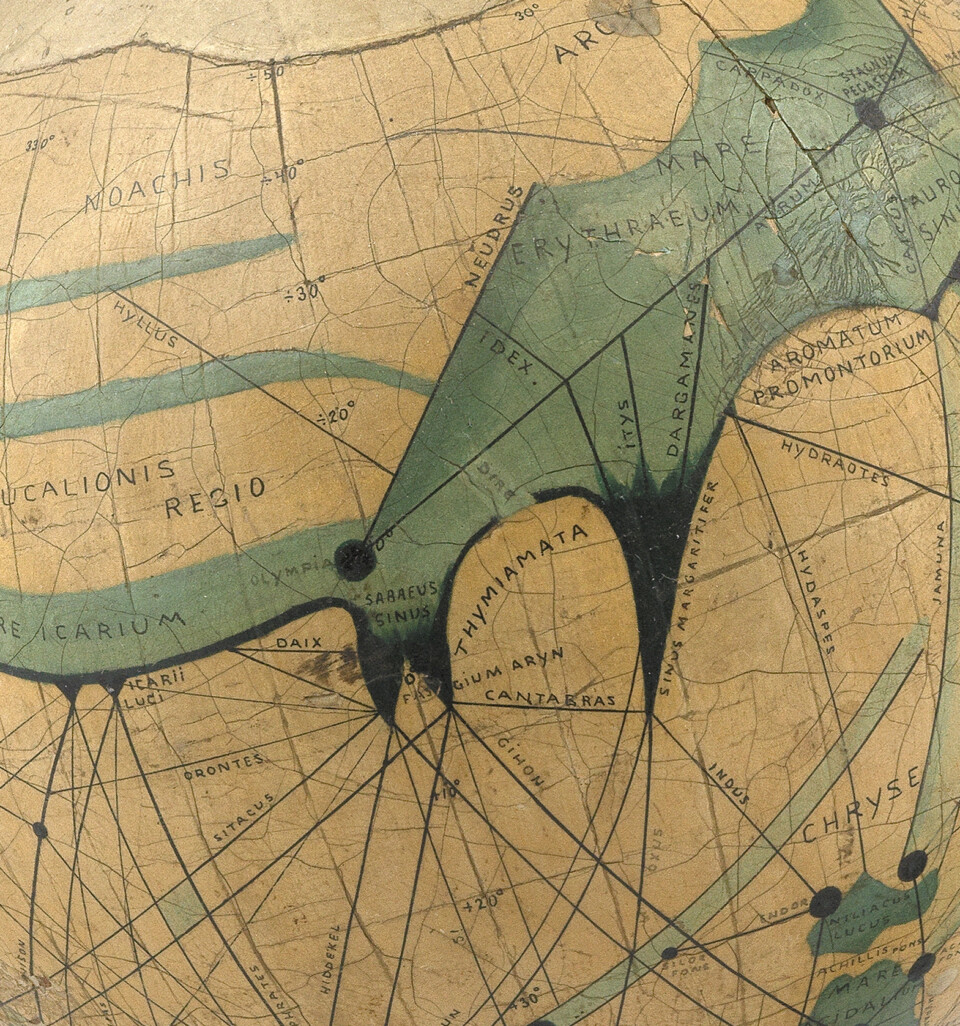 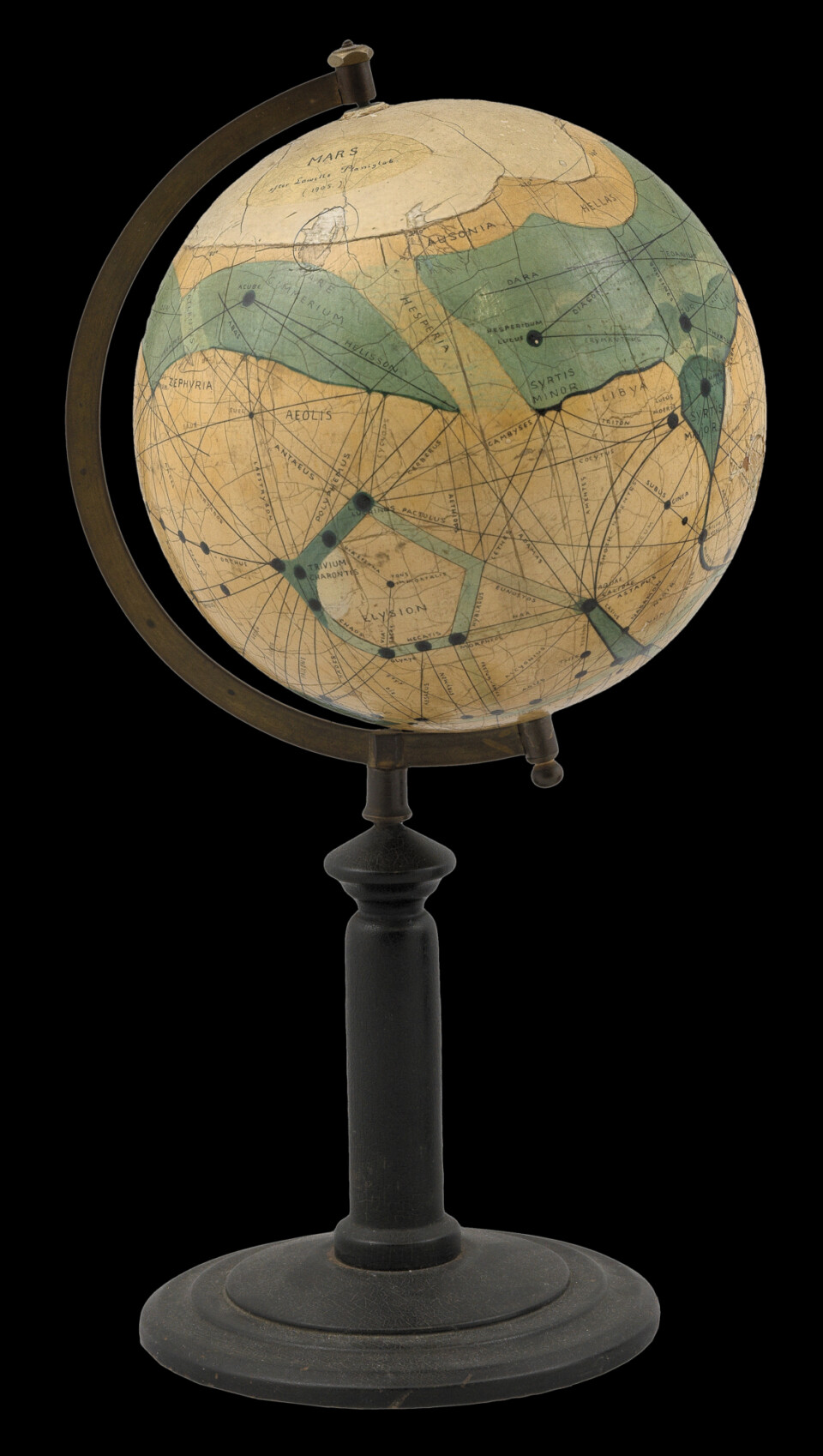 Forbidden by her father to go to university, the Danish socialist writer and avid astronomer Emmy Ingeborg Brun (1872–1929) schooled herself by devouring the theories of the astronomer Giovanni Schiaparelli and the political scientist Henry George. Schiaparelli first observed a network of dark lines on Mars’s surface in 1855; Brun was intrigued by these ​“canals” and saw the networked Martian landscape as an opportunity to envision a co-operative social utopia freed from nationalist boundary lines, based on George’s theories of a land tax as proposed in his 1879 work Progress and Poverty. It is the only known socialist Martian map on the market today.

This ornate illuminated miniature is painted on a leaf from a huge choir book (62cm by 45cm) and depicts the devout Job in his bed, covered in sores but resolute in his faith. The letter ​“S ​“opens the chant ​“Si bona suscepimus de manu domini” (If we have received good things at the hand of God), a response for the Office of the Dead prayer cycle. Then there are the scrolling foliate illustrations in the margins, depicting semi-human figures and a musician playing the kettle drums. This previously unknown leaf is attributed to the Tuscan artist Secondo Maestro del Breviario Strozzi 11 (active around 1340–50) and belongs to an antiphonal (which is now broken up) made for the church of San Francesco in Pisa.

Henry Moore often used lead to create the moulds for the bronze versions of his Helmet Head series. This particular work was purchased from the artist in 1952 by the US natural history author Ann Zwinger—it bears an inscription to her on the base—and has remained in her collection ever since. Moore’s bronze Helmets are not rare to the market—the auction record for one stands at £308,750 at Christie’s, London in 2017—but lead versions are more seldom seen. In 2019, Moore’s Helmet Heads received their first dedicated exhibition at London’s Wallace Collection.

This chalk sketch is ​“both a peak of Elisabetta Sirani’s draftsmanship and a rare testimony of a self-portrait from a woman artist in Baroque Italy”, says Furio Rinaldi, Christie’s head of sale of Old Master drawings. The artist, who died at just 27, is thought to have made this commanding portrait at 20. She was trained by her father, the painter Giovanni Andrea Sirani, who was the technical assistant to the artist Guido Reni. Her work ​“has been at the centre of scholarly research on Bolognese art for decades”, Rinaldi says. Next year, she will feature in the exhibition Artemisia Gentileschi and Woman Artists in Italy at the Detroit Institute of Art (21 February-13 June 2021).

The watercolourist Gaganendranath Tagore is one of nine artists who were designated ​“national treasures” by the Indian government in the 1970s. While this action cemented Tagore’s place in the Indian canon, a 1972 law means that his work cannot be transported outside the country, limiting his exposure to the international art market. These postcards were made at Tagore’s beachside home in Puri on the Bay of Bengal and depict the sea at different hours of the day, forming a time lapse. Addressed to his eldest daughter, they contain brief accounts of the landscape penned on their reverse sides, such as ​“in the afternoon, boys stroll along the beach” and ​“the sea looks like this on a moonlit night”. The series remained in Tagore’s family, passed down to his great-granddaughter from whom Akar Prakar gallery acquired it.

A fixture on the Los Angeles art scene by the 1970s, Gloria R. Bohanon was an influential educator and painter in California and an instrumental member of the Los Angeles County Museum of Art’s Black Arts Council—the driving force behind the museum’s ground-breaking African American programming in the 1960s and 1970s. Although she exhibited widely—including in Betye Saar’s pivotal 1973 show Black Mirror, one of the first exhibitions devoted to women artists of colour—her work remains under-recognised today. This painting hails from the collection of the parent company that owned Ebony and Jet magazines, Johnson Publishing Company, which is considered ​“an American institution for establishing African American culture”, says Swann’s Nigel Freeman; its appearance marks the first time a work by Bohanon has come to auction.