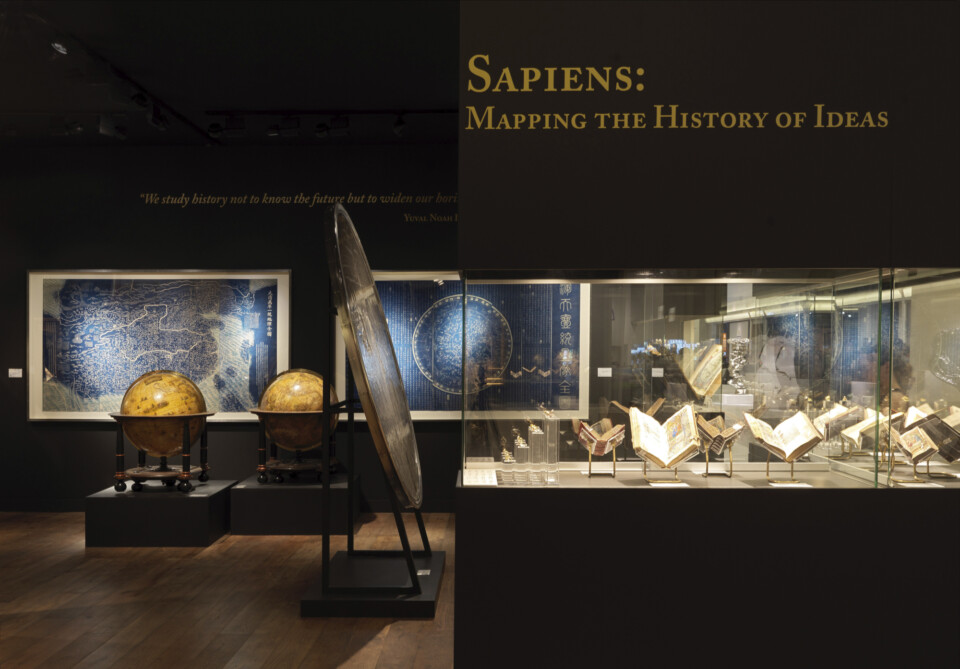 The collecting fair Masterpiece, which opens to the public tomorrow, is now in its 10th year, and in that decade has become a fixture of the London Season. Beautifully sited in the South Grounds of Chelsea’s Royal Hospital, even Mayfair would be too far east for this event which is as social as it’s serious.

“People come daily,” says one Masterpiece regular. ​“It’s like a meeting point.” Who could resist, she continues, being able to lunch at Scott’s or the Caprice — in pop-up form — without leaving SW3?

That aside, it assembles 150 international galleries offering antiquities to contemporary artworks and furniture, exhibited cheek-by-jowl to encourage everyone from connoisseurs to casual browsers to discover something new.

“Masterpiece was set up by dealers for dealers,” says its chairman Philip Hewat-Jaboor. ​“But very much to support the cross-collecting ethos. The bringing together of contemporary work and historical pieces was gathering pace when we started, though generally not being done well.”

Hewat-Jaboor was first brought in to head up the Vetting Committee, a group of independent experts who examine and validate the authenticity of everything on show and for sale.

He is a collector, art advisor and the owner of a conservation business, with a particular passion for 18th and 19th century decorative arts.

But by the late noughties, he says, interest in the traditional markets, such as French and English period furniture, was flagging, and it became important to support the idea of mixing eras and styles.

At Masterpiece, you’ll find everything from a 2nd century marble venus at Charles Edes’ gallery to a sculptural sofa, carved from rubber in 2007, by London designers Fredrikson Stallard at David Gill and Grayson Perry’s maps of Englishness at Lindsey Ingram.

A new initiative, added three years ago, called Masterpiece Presents honours an important contemporary artist. This year it’s Phyllida Barlow who will be represented by one of her dynamic space-invading sculptures at the entrance, courtesy of her gallery Hauser + Wirth.

Barlow creates her magic with lowly materials – a suggestion, perhaps, in this context that value isn’t necessarily contingent on gold or crystal.

Hewat-Jaboor’s own home in Jersey is filled with an array of delights, including a library where all the works – from Byzantine to the very recent – are made out of coloured stones.

“The Romans started using it as a material, and we’ve never stopped,” he says. He has pieces from the 18th century acquirers William Beckford and Thomas Hope, obsessive collectors with refined but catholic tastes.

“Their money was new and they used art to position themselves both socially and intellectually,” he says. ​“I set up one of the first art consultancies in the 1980s in London. Then my clients were almost exclusively American wanting to furnish their homes in London.

“It gave me a taste for showing people things they’ve never seen before and helping them to develop taste and knowledge. I’d like to think Masterpiece does a bit of that too.”

British artist Georgie Hopton recently revealed an impressive new body of work that she had made over the last few years. Her painterly collages layer paper, yarn, reflective and matt surfaces, along with plants and fruits grown on her farm in upstate New York.

For Hopton, they are autobiographical and filled with memories. ​“The process of collage and the bringing together of disparate elements reflects how we remember things and, I believe, how we experience the world,” says Hopton.

Nakashima was a pioneer of the American craft movement in the mid-20th century. He had studied architecture but was more concerned with the natural beauty of wood than the precepts of modernism.

Table tops are sliced elegantly from the whole trunk, with the bark surround left entirely in tact. According to Geoffrey Diner, this Conoid bench from 1962–63 is particularly unusual as it is made from cherry.

The eldest son of the famous impressionist painter Camille Pissaro, Lucien painted Apples on a tablecloth when he was just 22. It’s not typical of his work – he rarely painted still lives, preferring rolling English landscapes.

He had met Gerorge Seurat and Paul Signac the year this was made, suggesting he’d engaged seriously with their Pointillist theory. Pissaro first came to London in 1883, and went on to spend most of his life here, in Stamford Brook.

Part of Koopman’s display of antique silver is this English rococo coffee pot by Paul de Lamerie. You can put its more-than £3million price tag down to its rarity and refinement. explains: ​“The Lequesne coffee pot, is like the holy grail for collectors,” says Lewis Smith, Director of Koopman Rare Art. ​“It’s a museum piece.”

Reliquary Pendant with Christ on the Cross at Les Enluminures

At the centre of this silver gilt pendant, made in Germany and dated between 1480 and 1500, is a hinged rectangular box that once would have contained a relic fragment. Think of it like a shrine, but in wearable pendant form.

Les Enluminures is sharing its booth with Daniel Crouch, and the two galleries have chosen the theme ​“Sapiens: Mapping the History of Ideas” – inspired by Yuval Noah Harari’s recent book – allowing them to bring together maps, globes and historic rings and jewellery often with spiritual meanings.