Before the iPhone and Google maps, the must-have portable geographical gadget was the pocket globe. 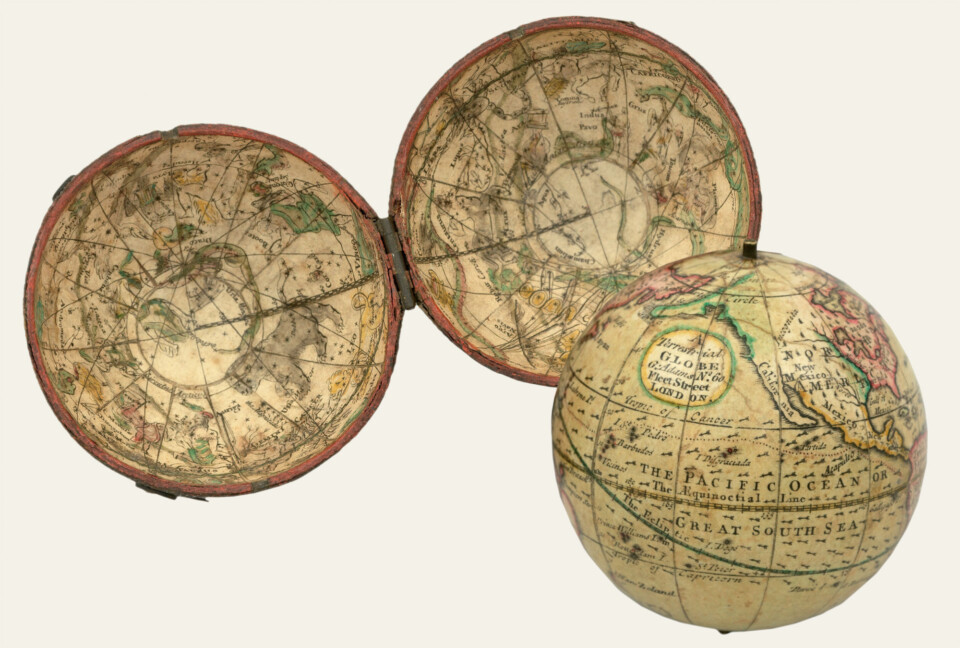 Daniel Crouch Rare Books will offer a collection of 18 of such cartographic gems at TEFAF New York Fall 2017.

Pocket globes are a miniature (c3” diameter) representation of the cosmos: a small terrestrial globe housed in a shagreen (shark skin) case lined with celestial gores.

The earliest mention of such globes is made in Joseph Moxon’s sales catalogue of 1657 ​“Concave hemisphere of the starry orb, which serves for a case to a terrestrial globe 3” diameter made portable for the pocket. Price 15s”.

The globes in the collection provide a broad overview of their production during the ​“long eighteenth century”. They demonstrate the rapid pace of new cartographic information during the period, brought back by the likes of William Dampier, George Anson, James Cook, and George Vancouver, which transformed European understanding of, most notably, Australasia, North America, and the Arctic. As well as geographic changes, the globes also record new political realities, from the birth of the United States, and the fledging Mexican Republic, to the naming of Australia.

Daniel Crouch says: ​“Not until the mobile phone and advent of Google Earth would there be an instrument that so neatly epitomized the globe and the heavens in the palm of your hand”.

Crouch has unearthed a nineteenth century poem sent, accompanying a pocket globe, to a young gentleman going on board the Amethyst man-of-war. The poem suggests that pocket globes were not only as an educational tool for young ladies and gentlemen, but were also Georgian Britain’s must-have executive toy.

To England ere you bid adieu,

My friend and sailor, gallant Hugh, Proud to exchange, at Honour’s call, Your cricket for a cannon-ball,

This globe accept — so like, we know, One whirl’d six thousand years ago,

By Him whose fiat rules the tide,

And bids our fleets in triumph ride!

Bade Nelson thunder at the Nile,

That scatters blood and ruin wide.

On this small Globe, exulting, see Great Britain in epitome;

Britain, our consequential speck, Whose sailors keep the world in check; They, who to shores of Iceland roam, In either India are at home.

See Rodney, deck’d with flags, advance From vanquish’d Holland, Spain and France! But vain the task to number o’er

These heroes of the British shore…

All 18 globes will be on exhibition at TEFAF NY Fall 2017 displayed on a brass globe tree.

A fully illustrated colour catalogue is available in both printed and pdf format.