Daniel Crouch Rare Books will mark the opening of their New York Gallery at 24 East 64th Street with a launch party on Burns Night (25 January 2017). A small selection of Celtic cartography will be on display, in keeping with the traditional Scottish celebration, as well as the gallery’s reputation as specialist dealers in fine and rare antique maps, plans, sea charts and voyages. 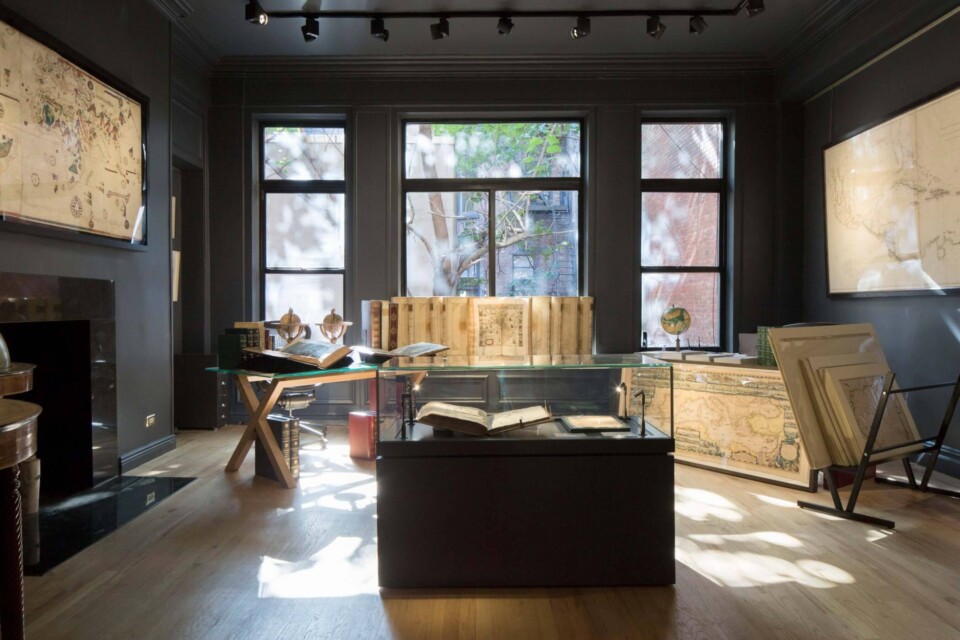 Daniel Crouch and Nick Trimming, partners in Daniel Crouch Rare Books, have appointed Noah Goldrach and Kate Hunter to manage the New York gallery. Noah studied Medieval History at the Wesleyan University, CT, and has worked both at Sotheby’s, and as a bookseller specializing in Continental, English and American early printed books. Kate graduated from Cambridge Univeristy, and joins Daniel Crouch Rare Books having worked previously for Christies, Maggs Bros, and Graham Arader. The launch is timed to coincide with the Winter Antiques Show (20 — 29 January) and Bibliography Week (23 — 28 January). The gallery is open Monday to Friday, 10am to 6pm.

In keeping with the Burns Night theme, James Dorret’s 1750 map of Scotland and Macdonald Gill’s 1928 Agricultural Map of Scotland will be on display during the launch. Dorret’s map has been described as ​“a landmark map which was used directly or indirectly for nearly all Scottish maps for the next 40 years”, (National Library of Scotland). Although little is known about Dorret, he served as the valet to the Duke of Argyll, and was tasked with mapping first Argyll, and then the whole of Scotland.

Macdonald Gill’s agricultural map of Scotland, dated 1928, provides a fascinating and detailed representation of the country’s natural produce. The map is illustrated with livestock such as pigs, sheep and cows which adorn the counties of Roxburgh, Lanark and Dumfries. Drawings of deer are shown in the highlands, with raspberries and strawberries marked in the regions of Ayr and Peebles, fishing fleets off the east coast labelled haddock, cod and lobsters as their bounty, with hake and herrings off the west coast. In the border, a table shows statistics for the local agriculture and fisheries including figures for the annual catch or crop and the value of the produce.