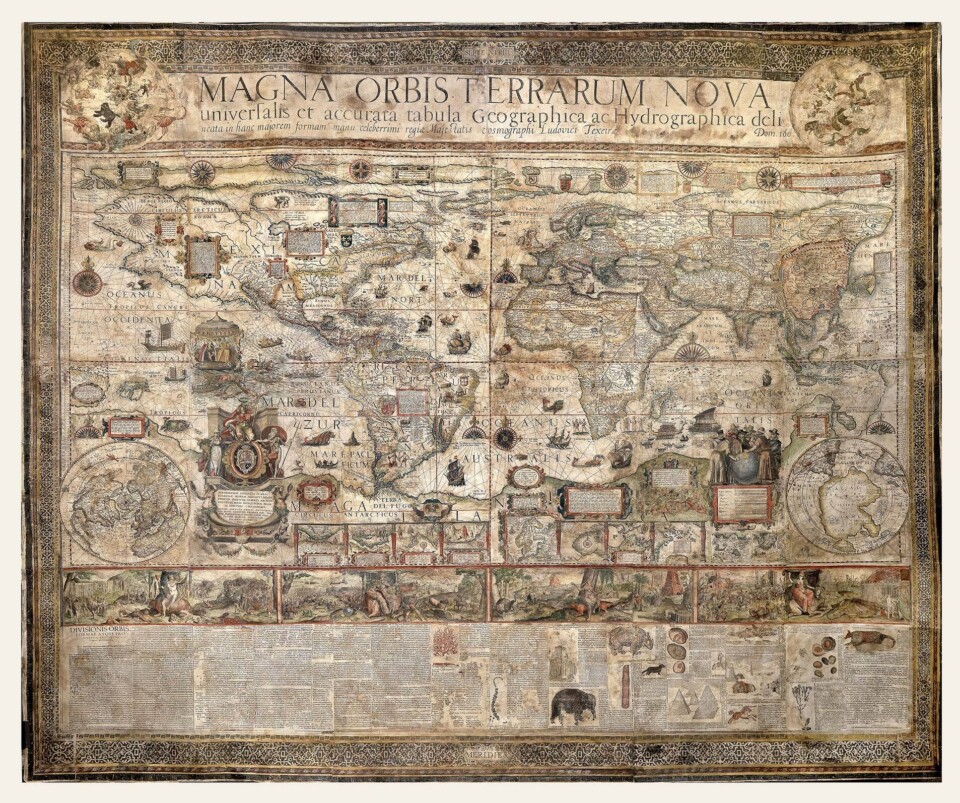 First it was ancient artifacts, then tribal objects, now it is fine books, atlases and modernist furniture. In its sixth year, Frieze Masters, which embraces arte made over 6,000 years, continues to extend its remit.

Entry is by no means restricted, these days, to paintings and sculpture. Fine decorative objects – wheter an Ancient Egyptian mummified finger-rings at Les Enluminures, 13th-century Ethiopian crosses at Sam Fogg or early Ptolemy atlases from Daniel Crouch Rare Books, from periods when all fine making was art and all art purposeful – are increasingly on view.

This eclecticism is particularly evident in the Collections section of the fair. Launched in 2015 and selected by exuberant curator Norman Rosenthal, the first year included displays of Pacific Island fishhooks, Japanese netsuke and Maiolica clustered small booths.

This year, seven galleries have been selected, including returnees The Gallery of Everything and Galerie Ulrich Fiedler. Between them they cover five millennia, with objects ranging from a carved idol of the Bactrian culture, third millennium BC (€30,000) to an early Bauhaus tea pot by Theodor Bogler (£125,000).

It is not so much the category into which the object falls which matters, but the conceptual interest of the whole assembly. As Rosenthal explains: ​“I always say to the dealers, ​‘Please, this is not sotck.’ I want a focus.” He even resists using the term ​“collections”. ​“For me, each booth is an idea, a germ for the larger institutional show.”

The tone is set by specialist design dealer Ulrich Fiedler, whose exhibition of early Bauhaus works recreates the first Bauhaus show at MoMA, in 1938, curated by Walter Gropius. Fidler’s display includes many of the same modest, experimental works in metal, ceramics and glass as well as rare early Marcel Breuer wood and cloth armchair from 1923, a forerunner of his famous tubular steel furniture (£150,000). ​“In those early days the work was still very craft-based, very experimental. Each one was a prototype,” Fiedler explains.

Paul Hughes Fine Art is presenting an outstanding collection of Andean textiles, dating from 200BC to 1500AD, with prices from below $20,000 to more than $70,000. Hughes has gathered them over 35 years, inspired – as Anni and Josef Albers were – by these significant works of abstract art.

James Brett’s The Gallery of Everything, which specialises in untutored, naïve art, is mounting the first comprehensive UK exhibition of ceramics by the pioneering 19th-century American potter George E Ohr (prices range from £5000 to £50,000). The self-proclaimed ​“Mad Potter of Biloxi” worked from a self-built prottery in Biloxi, Mississippi, in a style entirely at odds with his times, creating folded, twisted, sculptural pots. They were rediscovered in the early 1970s and sought out by artists such as Andy Warhol, Robert Rauschenberg and Jasper Johns. Brett says, ​“A good 20 of John’s paintings [included in the current exhibition] at the Royal Academy have George Ohrs in them.”

The rare book dealer Benjamin Spademan offers a collection of works that hover between nooks and art: books embellished with the signatures and drawings of artists, from Henry Moore to Henri Matisse. Prices range from £2,000 to £95,000; there is a books of poetry by Isaac Watts inscribed, touchingly, by John Constable to his goddaughter, with watercolour drawings, as well as 20th-century volumes of works by Francis Bacon, Graham Sutherland and Picasso inscribed by the artists. And Daniel Crouch Rare Books brings a monumental world map from the Dutch Golden Age (£675,000).

The new entrant, young Paris-and Brussels-based dealer Martin Doustar, whose gallery reflects his wide-ranging collecting across ancient and tribal art, brings 100 exquisite small objects, as if to create a kuntstkammer, those miniature museums once valued as microcosmic reflections of the sum of human creativity.