Can the Spanish Armada maps be saved for the nation?

Nearly 450 years after the historic battles, a new war is raging over the fate of the treasured documents to stop them leaving the country 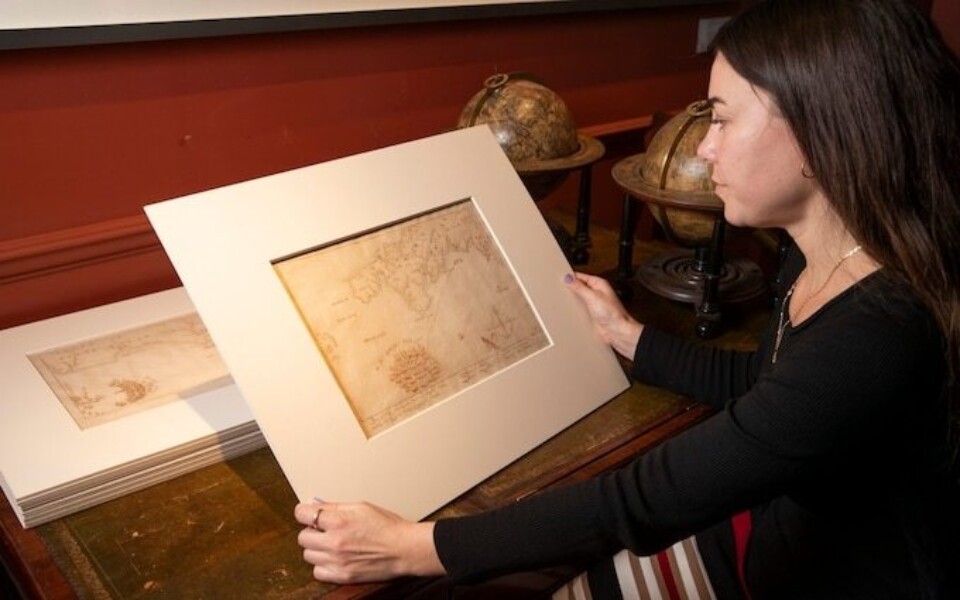 Beautifully drawn in ink and watercolour, they are 10 maps that tell the story of one of the greatest episodes in British history – from the first sighting of the Spanish Armada off the Lizard Peninsula on July 29, 1588, to the denouement at the Battle of Gravelines a few days later, in which the supposed ​“Invincible” fleet was scattered to the wind in a victory which established England as the world’s dominant naval power.

These 10 maps, which were drawn in the immediate aftermath of the victory by an unknown artist with the probable involvement of Queen Elizabeth’s cartographer Robert Adams, are the only surviving contemporary drawings of the battle and possibly accompanied the official report to the Tudor monarch delivered by Lord High Admiral and Commander of the English forces, Charles Howard Effingham. Each one depicts key moments as the two fleets engaged in skirmishes along the English Channel: Sir Francis Drake’s capture of the Spanish flagship, Nuestra Señora del Rosario, a galleon laden with treasure and munitions; the fighting between the Isle of Wight and Portland Bill; and the moment when the English commanders launched eight fireships packed with tar and explosives into the anchored Spanish fleet off the coast of Calais. 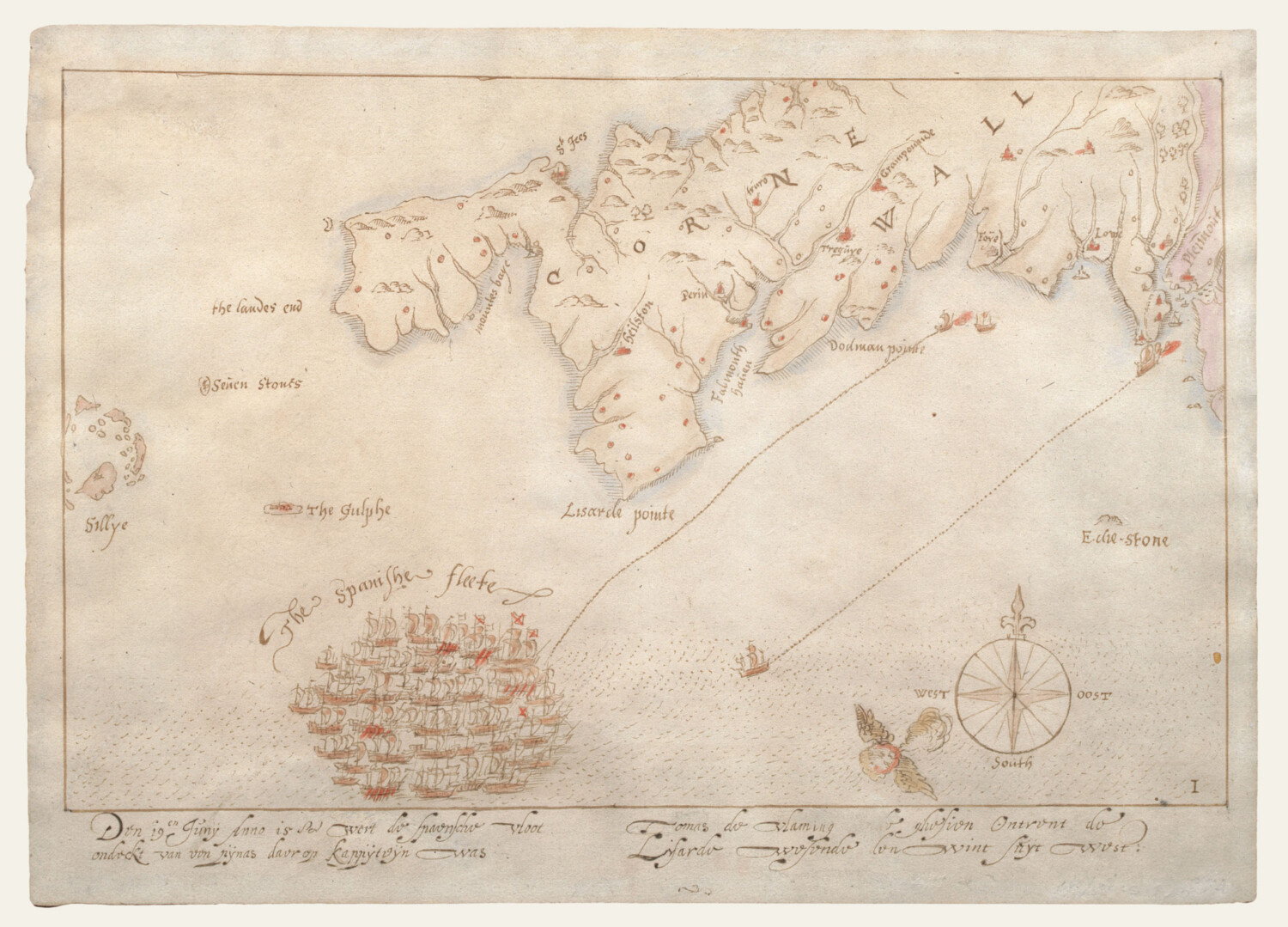 Now, nearly 450 years on, a new battle is waging over the maps that tell the story of the Spanish Armada. Despite their central importance to the nation, in a matter of months they could be lost to Britain for good.

The maps have moved between various private buyers in recent centuries. Previously owned by the Whig MP and antiquarian Sir Roger Wilbraham, they were sold at Sotheby’s in 1899 to bookseller J.Pearson and Co for £30. In 1903, the maps were then sold for £90 to William Waldorf Astor.

Described at the time as the richest man in America, Astor had moved permanently to England in 1890 with a $100m fortune. The same year he purchased the maps, he also took ownership of Hever Castle in Kent, once home to Anne Boleyn the mother of Elizabeth I, which he spent years refurbishing at great expense.

The maps were kept in immaculate condition, if away from private eyes, but at least they remained on English soil in the possession of the Astor family (which includes the former prime minister’s wife Samantha Cameron, who is the stepdaughter of William Waldorf Astor III, 4th Viscount Astor). 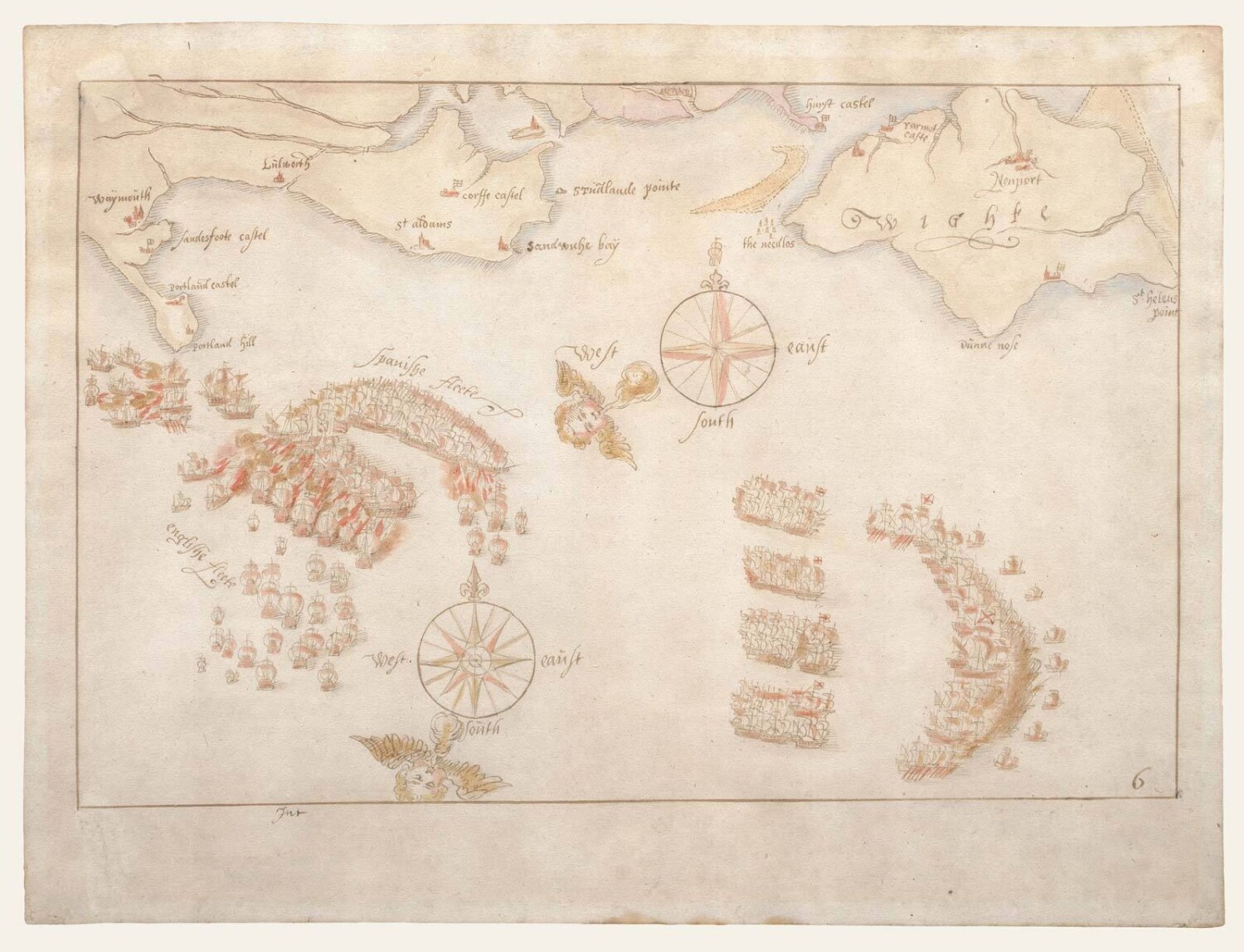 However, the family has now put the maps up for sale. Earlier this year, they were acquired by an unnamed buyer in the US, described to the Telegraph as a collector on the west coast.

In July, the culture minister Caroline Dinenage placed a three-month export ban on the sale in the hope a UK gallery or institution might step forward to rescue the maps. At the time, Dinenage said: ​“These incredibly rare drawings are a very important part of the story of our nation and I hope, even in these challenging times, that a buyer can be found so they can be enjoyed by members of the public for generations.” Despite her plea, the funding blackhole in our major cultural institutions created by the Covid-19 pandemic has meant none of the more established names have been able to commit.

Now, in a valiant effort worthy of the naval commanders who took on the might of the Spanish Armada (so vast, it supposedly measured seven miles across), the National Museum of the Royal Navy has stepped forward with a bid to raise £600,000 before January 9 – the final deadline at which point the maps will be sent overseas.

“We thought somebody ought to do it, and that somebody could sensibly be us,” says Dominic Tweddle, director general of the museum which is based in Portsmouth’s historic dockyard. ​“The armada is one of the greatest naval stories of the past half-millennium. Of course, it is a very well-known story to most people, but what they don’t realise is there is this series of 10 maps which shows the whole thing.”

Mr Tweddle has been to view the maps where they are being kept in the archives of the London bookseller Daniel Crouch. He describes the set as ​“astonishing”. They are so carefully illustrated that they even depict some of the Spanish sailors throwing themselves off their burning ships. ​“The level of detail is extraordinary,” he says.

Tweddle has been director general of the museum for more than a decade, but admits the existence of the maps had been largely forgotten before they were put up for sale this year.

Their initial production, however, caused quite a stir. Historians believe the drawings were most likely done by an artist from the lowland countries of northern Europe who, at the time, were most skilled in this precise type of illustration.

Andrew Lambert, professor of naval history at King’s College London who has advised the museum on the purchase of the maps, says the royal cartographer Robert Adams would have been ​“almost certainly involved” in stages of production.

The maps are either believed to be preparatory sketches for Robert Adams and August Ryther’s engravings, Expeditionis Hispanorum in Angliam Vera Descriptio, published in 1590, or the illustrations to accompany a now-lost manuscript despatch of the campaign.

“These maps are the record of what happened,” Prof Lambertsays. ​“This is one of the first serious attempts to get a grip on a naval battle and make it comprehensible to those who weren’t there. A way of understanding how this long and complex campaign unfolds day by day as it moves up the Channel.”

Their historical significance, he says, cannot be overstated. ​“This was the beginning of the Royal Navy as we know it now – a national force of outstanding quality which would define Britain’s relationship with the rest of the world.”

The maps also inspired the series of 10 tapestries commissioned by Lord Howard of Effingham in the aftermath of the victory. Each was 14ft by 28ft depicting the battle scenes and woven with gold and silver thread. After being hung in his London residence, the tapestries were later transferred to the House of Lords where they surrounded the main chamber.

In 1834, the tapestries were destroyed when the old Palace of Westminster was engulfed by fire. It took until 2010 for the tapestries to be recreated as paintings which today hang in the Lords following a fundraising campaign.

Now a similar rallying cry is being echoed to save the drawings. The National Museum of the Royal Navy has committed its entire annual purchasing budget of £100,000 towards the sale, but still requires a further £500,000.

Dominic Tweddle says they hope the Art Fund and National Heritage Memorial Fund might stump up some cash, but other donations will also be required. Should they manage to secure ownership of the maps, he says, they will be taken around the country on a nationwide tour.

The odds are against them – but the history of the Armada woven into our national psyche is that it was ever thus.

“It’s a tough backdrop for fundraising,” he says, ​“but, for goodness sake, we have to try.”

For more details, go to nmrn.org.uk