Politics and arts come together at the thirtieth edition of Tefaf Maastricht, which opens Friday 10th of March. The British dealer in rare books and prints Daniel Crouch is furnishing a themed stand on Europe and Brexit. ​‘A joke of course, but with a serious tone to it,’ he says. Because through a variety of costly atlases and old maps he makes it clear to the public that our idea of the age-old European nation states with each their own national identity is nothing more than a myth. 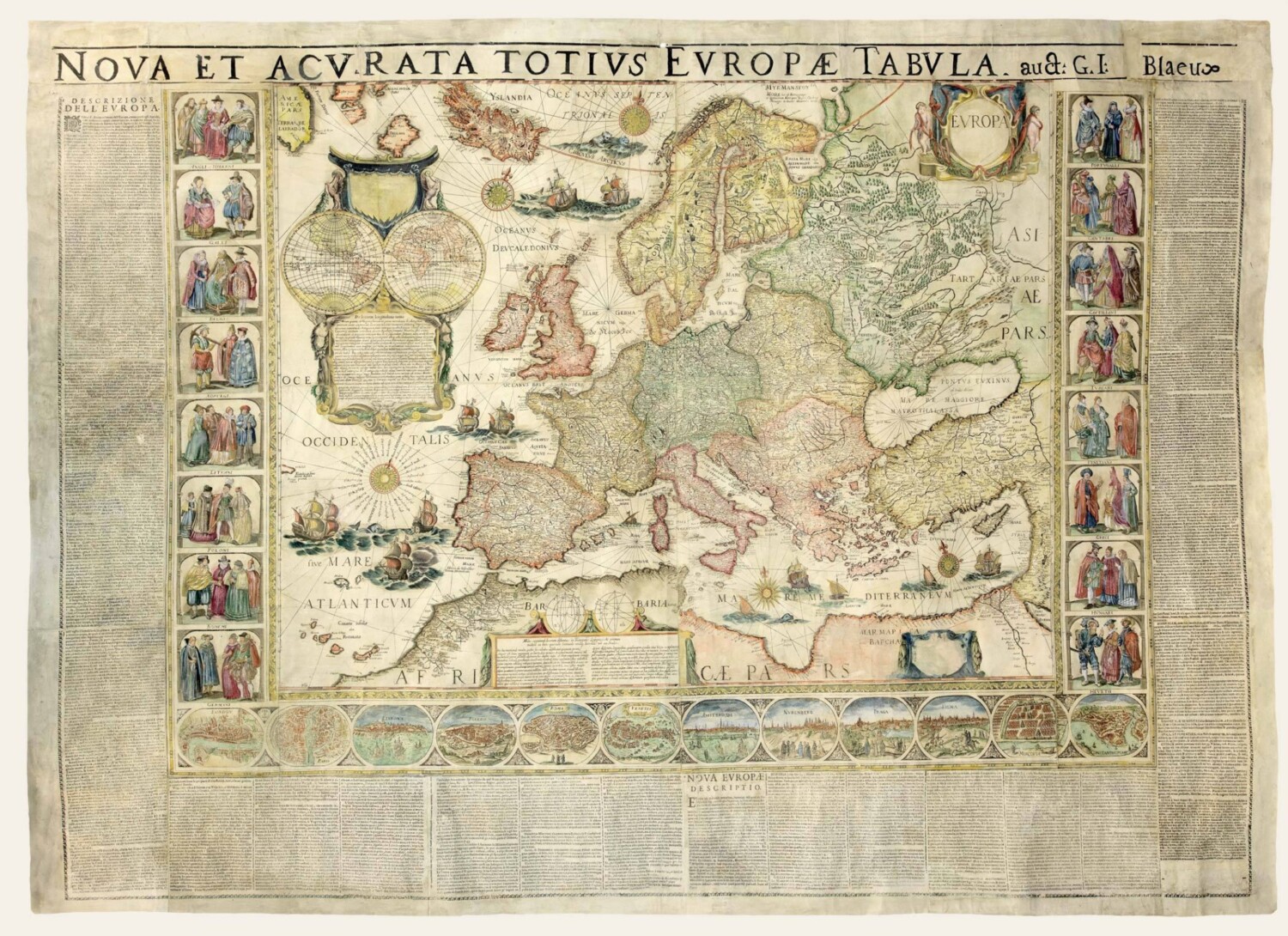 ‘My father Colin Crouch is a well-known sociologist and political scientist in England,’ the print-dealer from London tells us. ​‘He has written an essay especially for our Tefaf-catalogue on the understanding of nation states in relation to Europe. He explains that the whole concept of a country with its own unique, cultural tradition is modern and utterly artificial. Did you now that in contemporary Europe only the Portuguese borders go back to the fifteenth century?’

He points at a few maps in his collection: ​‘All big European countries, with the exception of Spain, of which the national borders can also be traced back to the 17th century, have only been formed in the 20th century. For example, Italy in 1919, the United Kingdom in 1922, France in 1947 and current Germany only in 1990. However, some politicians make us believe that those borders and our identity have been the same for centuries.’

The Brit shows old maps, on which all 28 EU member states appear. Amongst the highlights are ​‘the first real atlas’ by Abraham Ortelius from 1602, but also a rare 19th century travelling game, made for the English so they could learn more about the culture and nature of the European continent. For the Dutch the 16th century maps of the Leo Belgicus (the personification of the Low Countries, also known as the Dutch Lion) and the ​‘Truce Map’ by Claes Jansz. Visscher from around 1611 are naturally appealing and of interest.

Crouch isn’t the only one with a striking presentation at this Tefaf….