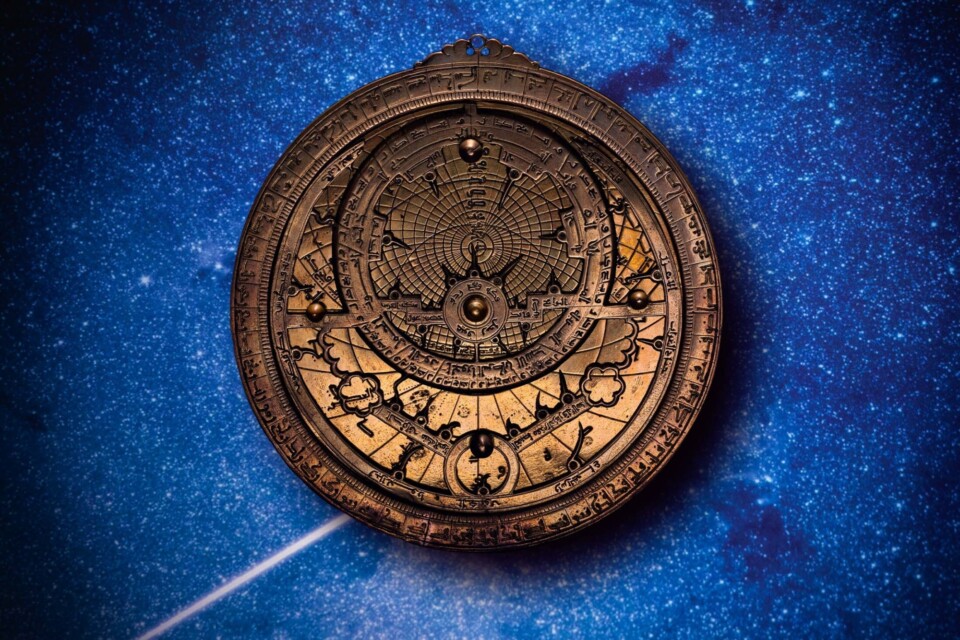 Well before sextants were invented, people across the medieval world used astrolabes to calculate the altitude of a star above the horizon. (Christopher Columbus apparently carried one when he crossed the Atlantic.) It had both practical and religious applications: Muslims used the thin, disclike objects to determine the direction of Mecca. This particular gilt-brass example was probably used for the latter purpose. The letters are written in Kufic, a type of Arab script, and the exquisite, intricate case bears the signature of a Muslim craftsman from northern Spain. The work is expected to sell for £600,000 to £800,000 ($835,000 to $1.1 million) at a Sotheby’s London auction on March 31.

• Not all astrolabes were metal—it’s just that most of the paper ones didn’t survive. A 19th century example that did is available at Daniel Crouch Rare Books for £35,000.

• Astrolabes don’t have to cost as much as a mansion. In the same sale, Sotheby’s has listed a slightly less rare Persian astrolabe that dates from about 1660. It carries a high estimate of £150,000.