From editions of the Holy Quran dating back hundreds of years to the first edition of the Arabian Nights, the unique display offers a breathtaking view of ancient Islam. 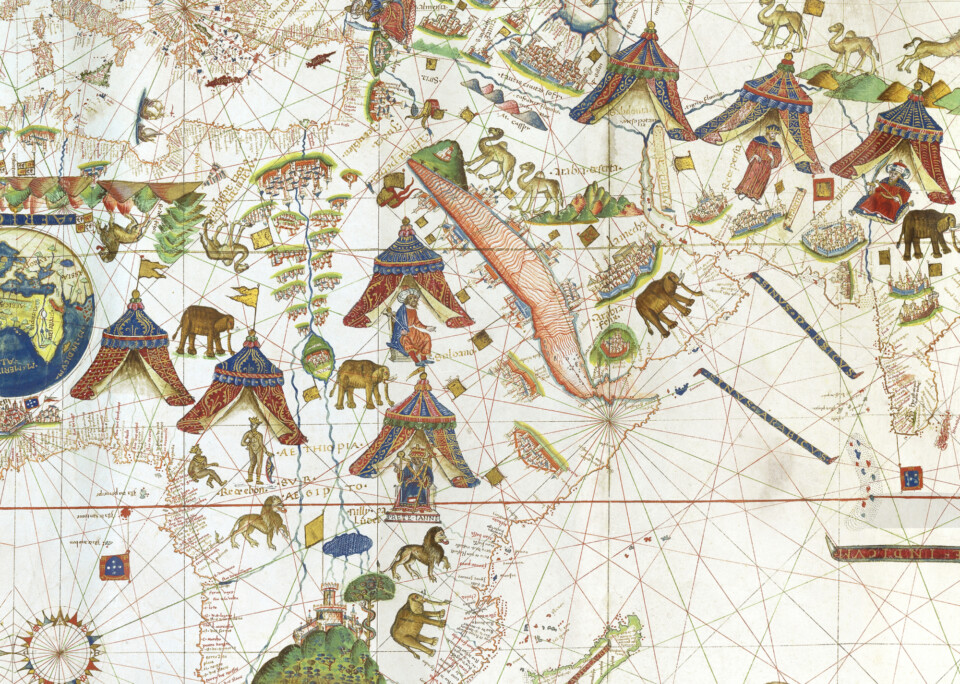 Organized by the UAE Department of Culture and Tourism, the collection opened on Wednesday and is on display until February 15.

About 50 manuscripts make up the exhibit, all on loan from Saudi Arabia’s King Faisal Centre for Research and Islamic Studies and the Juma Al Majid Establishment in the UAE.

“This is the first-ever exhibition of such manuscripts in Abu Dhabi,” said Shaikha Al Mehairi, a library director at the Department of Tourism and Culture.

“Our aim is to highlight just how precious these pieces are. So many are stolen, lost or destroyed by conflict that we have to treasure what we have.”

The new exhibit, which includes maps and books worth millions of dirhams, is on display at Manarat Al Saadiyat.

A Quran commissioned in the 17th Century by the Moroccan Sultan Abdulla II is among the highlights.

The works are part of UAE efforts to promote and protect its rich cultural heritage, allowing Emiratis and tourists alike to learn more about the country’s past.

They are on display to coincide with Abu Dhabi’s first Manuscripts Conference and Exhibition on Wednesday and Thursday.

In 2017, the UAE pledged US$15 million (Dh55m) as part of global efforts to better protect heritage sites around the world from war and extremism.

Signatories to the International Alliance for the Protection of Heritage in Conflict Areas vowed to conserve and restore sites at risk from armed conflict.

“It’s really important to highlight the calligraphy of our manuscripts, educating the public on their cultural heritage,” said Ms Al Mehairi.

“It’s crucial for any nation to understand their past and how their culture has developed.

“Our geographic boundaries may be new, but previous civilizations have made great contributions to who we are and we can trace this through the manuscripts.”

Included in the exhibit are some of the earliest known Islamic manuscripts.

Speaking on the first day of the conference, Noura Al Kaabi, Minister of Culture and Knowledge Development, said: ​“Arabic manuscripts are this nation’s living memory, and represent its knowledge, cultural, and intellectual heritage accumulated over the years.”

Adjacent to the main site, visitors with deep pockets can also take the opportunity to buy similarly unique data-x-items from a variety of specialists.

Atlases, 15th-century maps and sea charts are all for sale by London dealer Daniel Crouch Rare Books, which recently sold a map to the Louvre Abu Dhabi for around $10 million.

Nearby, Peter Harrington Rare Books is currently selling the first edition of The Prophet, by the Lebanese-American poet Khalil Gibran, for more than Dh100,000.

“We are trying to expand in the Middle East,” said Ben Houston, who represents Peter Harrington Rare Books.

“There’s a burgeoning market for rare books in the region.”

Ms Al Mehairi, the library director, added: ​“It’s a growing niche but more and more Emiratis are interested in manuscripts. These exhibitions encourage that.”