A First Look At The Winter Show

NEW YORK CITY – Diversity has long been the watchword of the Winter Show, which this year signaled its inclusiveness in ever more ways. The fair, which previewed on January 23 and continues at the Park Avenue Armory through February 2, has always favored quality over quantity, seeking to offer the best of the best from the ancient to the contemporary. If anything, it was even broader this year.

Antiques and the Arts Weelky 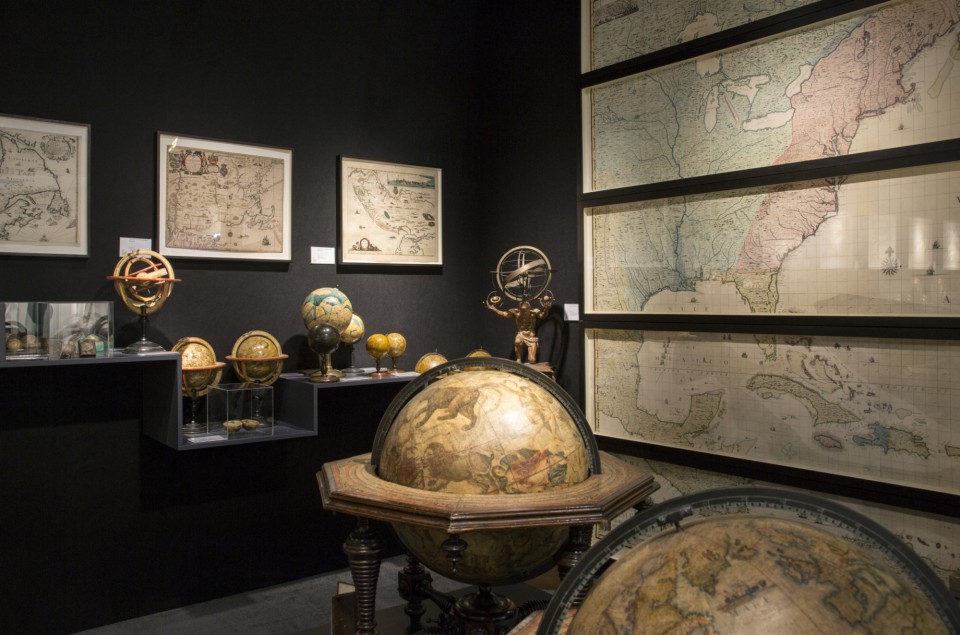 The 2020 Winter Show is also more global. Drawn from the collections of the Hispanic Society Museum and Library, the loan show sets the tone, establishing a multilingual dialog between old world and new. London dealer Daniel Crouch Rare Books picked up the theme with ​“Globalism,” an engrossing display of more than 50 terrestrial and celestial globes, some fashioned as early as the Sixteenth Century. On cue, Old Masters dealer Robert Simon is showing a welcome concentration of New World Spanish paintings and sculpture.

After a glittering opening night on which Mikhail Baryshnikov and Nicky Hilton were spotted in the crowd, the Winter Show bustled through opening weekend. More than 1,400 visitors crammed into the Wade Thompson Drill Hall during the fair’s first two hours on Sunday. The crush led to good sales for some. Japanese art authority Joan B. Mirviss was on her way to selling out her themed exhibit ​“Gold + Silver: Luster in Japanese Modern Art.”

Other early successes included the sale of a rare carved sandstone Abolitionist sculpture, third quarter of the Nineteenth Century, at Thistlethwaite Americana, a new exhibitor from Alexandria, Va.

New York dealer Bernard and S. Dean Levy sold its centerpiece, a ball-and-claw foot Chippendale sofa made around 1768 in Boston or just north. Wallace Nutting illustrated the well-known piece, retailed by Israel Sack Inc and once in the collection of the Henry Ford Museum, in his Furniture Treasury, Vol. 1.

“We sold seven things on opening night,” said Woodbury, Conn., dealer David Schorsch, pleased to have parted with an 1875 Ohio farm scene on canvas by Henry Dousa and expecting action on his vibrant pair of circa 1834 watercolor folk portraits of Isaac and Mary Orr by Dr Samuel Addison Shute (1803–1836). Schorsch and his partner Eileen M. Smiles also wrote up their folky wooden weathervane ​“King Philip of the Wampanoag,” a circa 1840 sculpture probably from Medfield, Mass.

The Winter Show is just getting going, so be sure to get there this week. Hours are Monday, Wednesday and Friday, noon to 8 pm; Tuesday and Thursday, noon to 4:30 pm; Saturday, noon to 7 pm; and Sunday, noon to 6 pm. Daily admission is $30 and includes a copy of the show’s catalog.

Watch for a wrap-up report on the 2020 Winter Show in a future issue.