A Blue Map of China #Frieze

It was hanging there with majesty, an imposing size, a jaw-dropping blue: our favorite blue piece at the Frieze Art Show 2015 was a gigantic blue map presented by Daniel Crouch Rare Books, a specialist dealer in antique atlases, maps, plans, sea charts and voyages dating from the 15th to the 19th centuries. 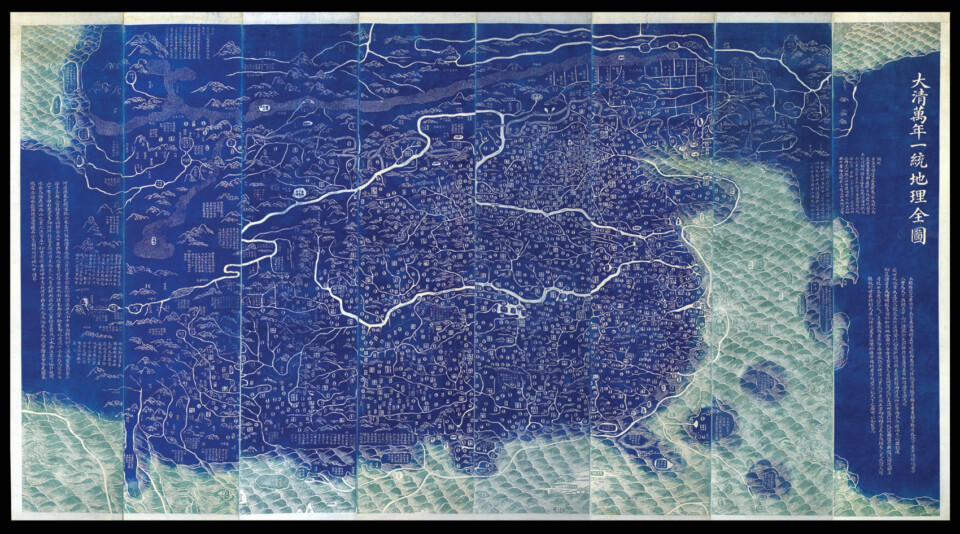 Untitled Complete Geographical Map of the Everlasting Unified Qing Empire, this woodcut map printed in 16 sections on eight sheets actually represents… the world, the world according to 18th century China.

Anything Blue at the Frieze Art Show 2015.

Every year in October comes the Frieze, then the FIAC fair, two rendez-vous for art lovers that successively take place in London and Paris. With a foot in each city, Anything Blue’s sister team was on the lookout for the best blue art pieces. As the color blue is getting more and more popular in the art world, we had a lot to see. We’ve walked by a gorgeous Yves Klein, a blue portrait of Audrey Hepburn by Pure Evil, and we’ve eventually found ourselves friezen in front of this striking blue ​“Map of the World” – or in other words, China.