Get to know the collection as we explore the stories behind the creation of these maps, atlases, and books through our series of videos, podcasts, and virtual reality tours. 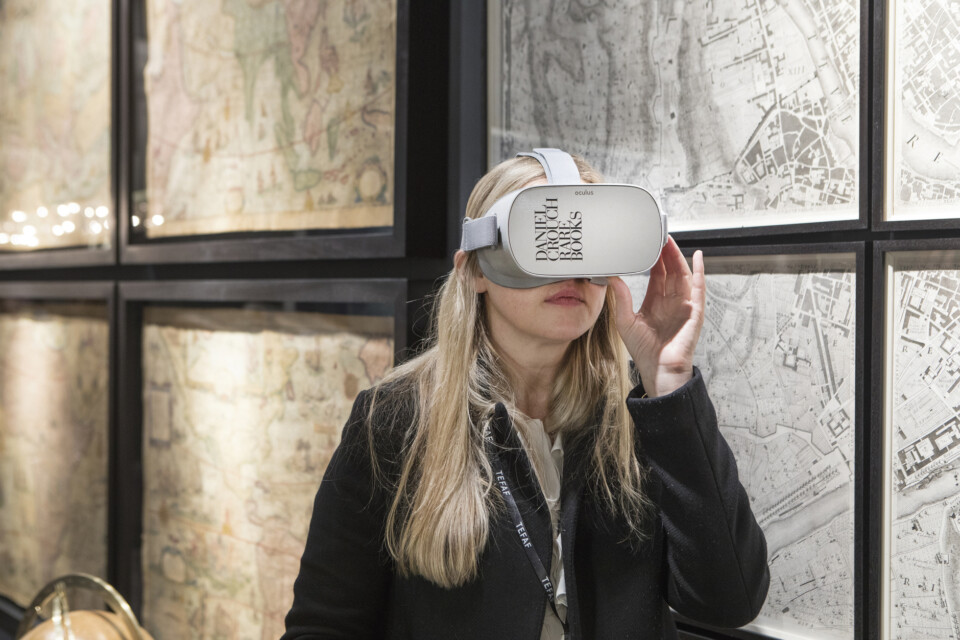 Printed on twenty-four sheets of paper and measuring some two by four metres, Rocque’s 1746 map is the first large-scale survey of the cities of London, Westminster, and Southwark. Incredible in both scale and detail, the plan stretches west to east from Hyde Park to Limehouse and north to south from New River Head to Walworth.

A chart case from the Her Majesty’s Yacht Victoria and Albert (II), containing 284 charts, covering the entire globe, and demonstrating The British Admiralty’s mastery of the seas at the height of the British Empire.

The chart case contains 10 pilots providing detailed charts for navigation from the British Isles to: Africa and the Cape of Good Hope; North America and the West Indies; Australia; China; The East Indies; The Pacific; The English Channel and Ireland; The Mediterranean; The English Channel, North Sea and Baltic; and The South East Coast of South America. Ranging from 30 charts contained in the China pilot to a mere 14 charts in the Africa pilot.

A spectacular wall map of astonishing beauty made at the beginning of the Dutch Golden Age.

A composite atlas of Italy, bound for Louis, Dauphin of France

The atlas covers Italy, Sicily, Sardinia, Corsica, and Malta. The maps range in date from 1653–1753, with the majority dating from the first half of the eighteenth century. All but three maps (two by Homann and one by the Spanish cartographer Chafrion) are by the leading French cartographers of the day, these include De Fer, Jaillot, Delisle, Du Val, Le Rouge, and Nolin.

A composite atlas of Italy, bound for Louis, Dauphin of France

First edition of the Scotsman James Bassantin’s (c1500-1568) copiously illustrated, large-format compendium on calculating planetary positions. From the library of Mary, Queen of Scots, bound in Paris with her crowned initial, and with all the illustrations in fine contemporary hand-colour.

This atlas is in its original Agnese binding, and it can confidently be stated that the order of the sheets is just as Agnese originally produced it: it contains the more or less standard preliminary pages found in most Agnese atlases, including a table of the declination on the sun, an armillary sphere, and a circular zodiacal calendar.

“The most spectacular contribution of the book-maker’s art to sixteenth-century science” from the library of Grand Duchess Maria Nikolaevna of Russia.