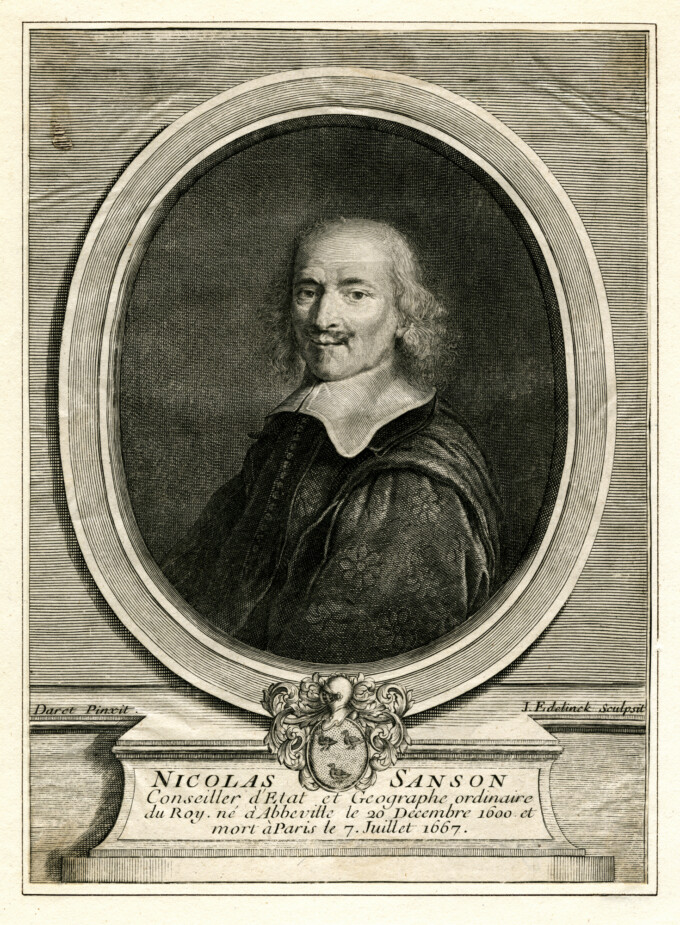 Sanson supposedly began to make his own maps to supplement his study of history, and a map of Ancient Gaul made early in his career brought him to the attention of Cardinal Richelieu. This foothold in the French court allowed him to rise to the position of ​“geographe du roi”, teaching both Louis XIII and Louis XIV. Louis XIII even made him a counsellor of state.

Sanson produced an atlas, Cartes Generales de Toutes les Parties du Monde, which contained important maps of the post roads and waterways of France. He also produced two major maps of North America: Amerique Septentrionale (1650) was the first map to show the Great Lakes in a recognisable form, aided by Sanson’s access to The Jesuit Relations, a collection of accounts by French missionaries to the area. The map was also drawn on a sinusoidal projection, which Sanson was the first to use. In 1656 he made Le Canada ou Nouvelle France, which showed the Great Lakes in greater detail, and included accurate representations of the Hudson Bay area, the Delaware and the Gulf of Saint Lawrence.

After Sanson’s death the business was carried on by his two surviving sons and grandson, in partnership with Hubert Jaillot.