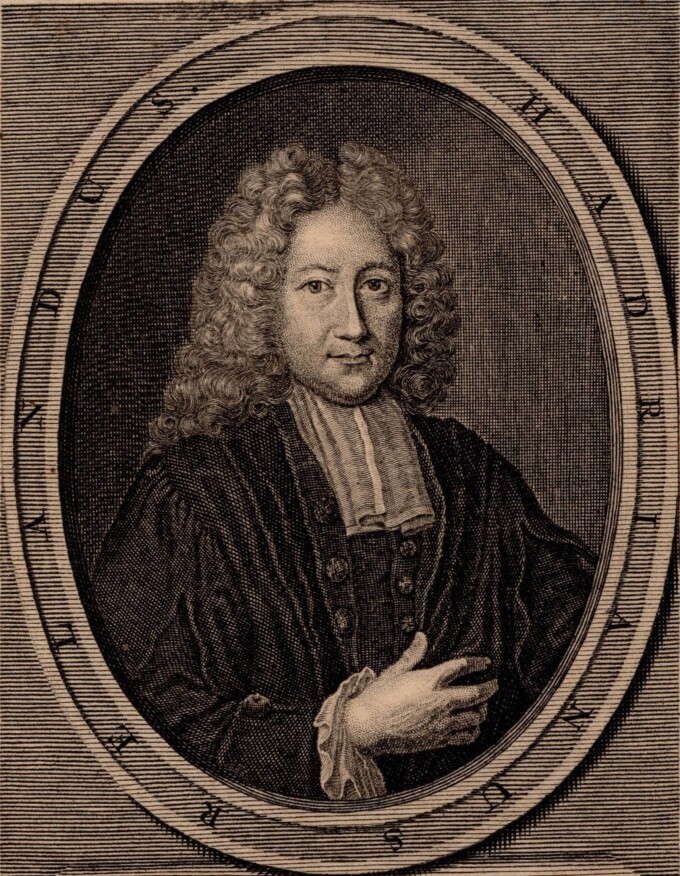 Adriaan, Adrien, or Hadriaan, Reland, Reeland, Reelant, Relant, or Hadrianus Relandus in Latin, was a child prodigy, educated first at the Athenaeum Illustre, in Amsterdam, then at Utrecht University, then at Leiden, then back at Utrecht.

He was primarily interested in oriental languages, including Hebrew, Arabic, and Persian, but he also studied theology, history, natural philosophy, and cartography. He was an influential Oriental and Islamic scholar, hailed in his own lifetime.

Early in 1701 his first academic post was as Professor for Oriental Languages at Utrecht University. In about 1708 he was elected Rector Magnificus there, and in 1713 he also became Professor for Biblical Antiquities, teaching the history of the Holy Land in ancient times. He published profusely, based on original research and primary documents: orations, short treatises, monographs, and maps.

Reland is best remembered today, as the author of De religione mahomedica libri duo (1705), a study of Islam, which caused controversy because Reland wanted to ​“present Islam directly from Muslim sources in a non-biased way. The Catholic Church immediately placed the book on the index… His last major publication, the two-volume Palaestina ex monumentis veteribus illustrata (1714), which mapped the historical developments and features of the Holy Land by illustrating classical quotations with topographic maps, won him most critical acclaim with the contemporaries and was re-edited in Nuremberg two years after its publication (1716). Reland also produced maps of the East, of Persia, Japan, India, and Java, of which the map of Japan (1715) became influential because it was used as the model for the map of Japan in Engelbert Kaempfer’s History of Japan (1729), although it was based on a misunderstanding of the sources used” (Winnerling for the Bodleian Library online).