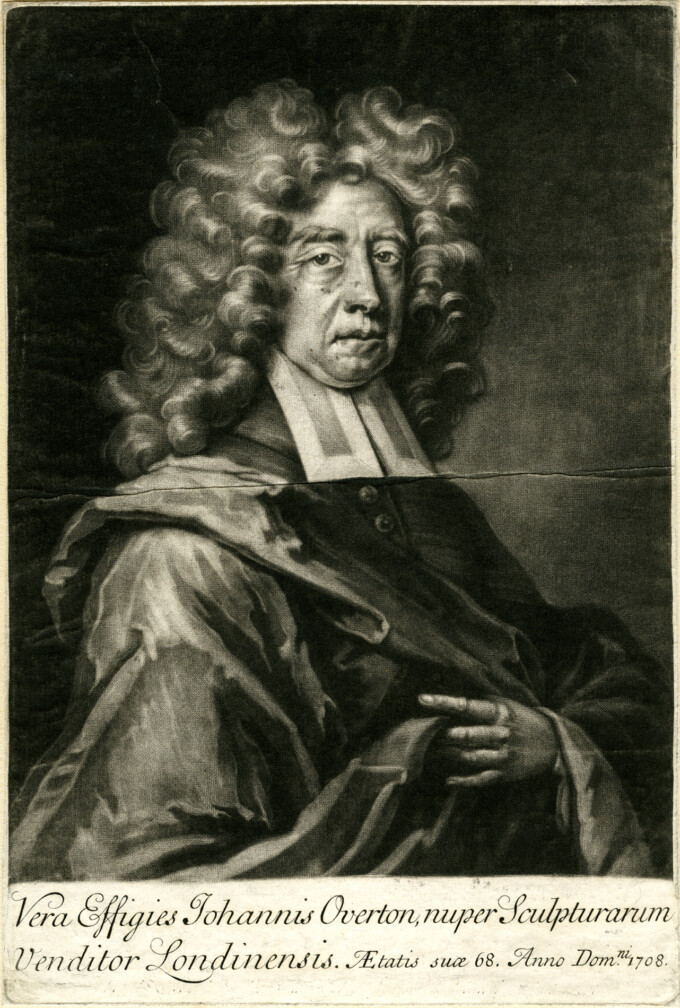 The Overton family were leading retailers and publishers of prints and maps in late seventeenth and eighteenth century England.

The first was John Overton (1640–1713) who was apprenticed to Thomas Gould, in the Stationers’ Company, and made free on 4th July 1663; some two years later he bought the business of Peter Stent, the leading print and mapseller and publisher of the previous generation, taking over the shop and shop sign. With the foundation of the existing plate stock, Overton built the business up to being the most successful in London at the end of the seventeenth century; while the business depended particularly on the decorative print, architectural and copy book markets, Overton was obviously interested in the maps, commissioning a good range of interesting maps, generally sold separately, sometimes working in conjunction with Philip Lea.

Henry Overton (I) (1676?-1751) continued the business much as his father, although his output of interesting maps is rather smaller; his major atlas project was a volume of two-sheet maps modelled on Moll’s World Described or Senex’s English Atlas, but it is now rare. He was succeeded by his nephew, Henry (II), who continued the business to about 1764, when the business was sold to Cluer Dicey, a London chapbook and patent medicine seller, who used a national distribution system to sell the maps and prints as separate sheets.

Philip Overton (c1680-1745) was apprenticed to his father in the Stationers’ Company on 2nd December 1695, and made free in 1702. Established in business by his father, he traded principally as a printseller and publisher, specializing in high quality or imported items, portraits and satirical material, with maps as a small part of his stock. Much of his map publishing was done in association with Thomas Bowles, his brother’s major rival. He was succeeded by his widow Mary, who operated the business for three years before it passed to her brother-in-law, Robert Sayer, who took the business to new heights.