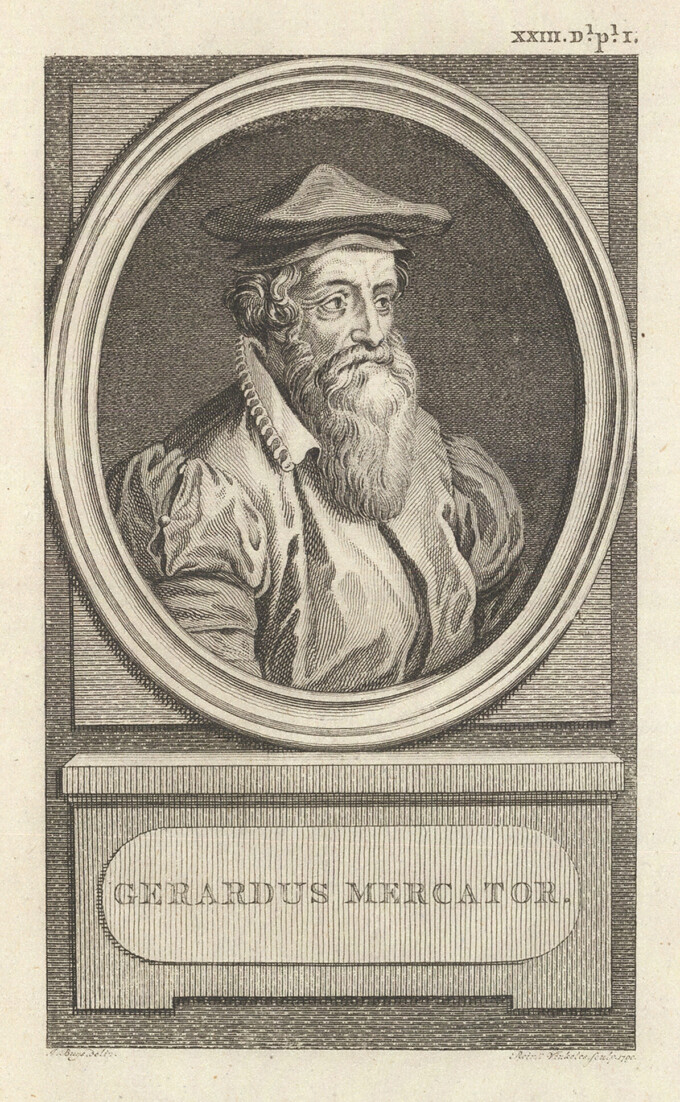 Mercator’s work is referred to as the first atlas, because he was the first to give a collection of curated maps this name, reflected in the famous engraved title-page showing King Atlas measuring the world with a pair of dividers. It is often wrongly thought that the word​“atlas” refers to the Titan of the same name, whose punishment for fighting against the Olympian gods was to hold the heavens on his shoulders. It is instead a reference to King Atlas of the mythical Mauritania, a mathematician and philosopher who supposedly made the first celestial globe.

Gerard Mercator, the elder, was born in Rupelmonde in East Flanders. He studied in Louvain under Gemma Frisius, a Dutch astronomer and mathematician, and began his career as a cartographer in that city, where the excellence of his work eventually won him the patronage of Charles V. In order to escape religious persecution, he moved to Duisburg in 1552. There he continued to produce maps, globes and instruments, including his most celebrated work; a world map on eighteen sheets drawn to his new projection (1569), named for him.

The Mercator Projection, most easily imagined as a cylindrical view of the world, places the meridians equally spaced as parallel vertical lines, and the lines of latitude, which normally meet at the geographical poles, teased outwards, spaced farther and farther apart as their distance from the Equator increases, to form horizontal parallel straight lines. The projection proved ideal for navigational charts, because any straight line on a Mercator projection map is a line of constant true bearing that enables a navigator to plot a straight-line course.