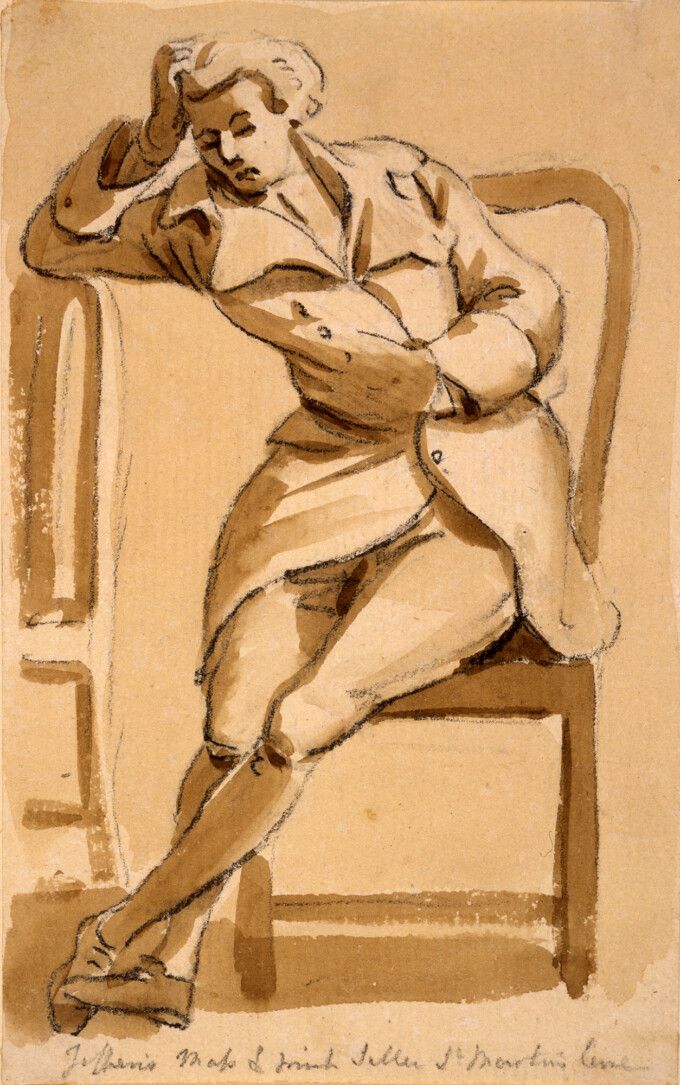 Thomas Jefferys is quite probably the most important English map-maker at a transitional point in European publishing. At the start of his career, creative English mapmaking was in the doldrums, deprived of the talents and innovation present at the turn of the century, while European publishing was dominated by French mapmakers and publishers. At the end of his life, the British were ascendant, even if it took the next generation to establish that pre-eminence.

Jefferys was apprenticed to Emanuel Bowen in the Merchant Taylors’ Company in 1735; Bowen was a noted engraver and mapmaker, so the young Jefferys had an excellent grounding; he was made free on 7th November 1744, and established his own business, with some early success; in 1746 he became Geographer to Frederick Prince of Wales and in 1757 to George Prince of Wales, and then Geographer in Ordinary to George III, when George became king.

His first years in trade are notable for the fine series of English town-plans of Midlands towns (where Jefferys was from) that he engraved and published, but much of his output was as a jobbing-engraver.

His career path changed dramatically in 1753 and 1754; in 1753 he published the landmark Joshua Fry and Peter Jefferson Map Of The Inhabited Part Of Virginia, the great colonial era map of that province and Edward Hyrne’s chart of Cape Fear; at about the same time his association with the Irish cartographer Bradock Mead began. Their first collaboration was the six sheet wall map A Chart of North and South America, including the Atlantic and Pacific Oceans, with the accompanying booklet Remarks, in support of the new Chart of North and South America, in Six Sheets (1753), which was quite simply a cartographic masterpiece.

In 1754 the long-running global confrontation between Britain and France flared into war. The Seven Years’ War, as it is termed, is really the first world war, with the American theatre termed the French and Indian War. Jefferys published some of the earliest maps on the war, including an Explanation of the Map of the Seat of War, on the Coast of Choramandel, with an Account of the War (1754), with map, and the London printing of George Washington’s Journal of his ill-fated expedition to Fort Duquesne, with an map of the interior of Virginia (1754).

Thereafter, Jefferys served as quasi-official mapmaker to the British government, with access to officially produced manuscript materials. He was to publish many of the most important maps relating to the events of the war, whether in America, Europe, Africa, India or on the High Seas, as also important books with maps. These ​“news-maps” were the way the British public were able to follow the news from the daily papers, and Jefferys profited from this. At the end of the war in 1763, Jefferys was the leading London mapmaker and publisher, clearly wealthy, and ambitious to do more.

Unfortunately for Jefferys, he perceived the way ahead to be commissioning large-scale county maps; the opus is remarkable but, as others found before, the effort would never be profitable. In November 1766 Jefferys was declared bankrupt, and much of his stock-in-trade sold in a ten-day auction in February 1767.

To continue in business, Jefferys entered into a short-lived partnership with Robert Sayer; when the partnership ended, in about 1768, Sayer retained much of the American materials, which allowed him to publish his American Atlas, the North American Pilot and West India Pilot at the start of the American Revolutionary War, all attributed to Jefferys, and a turning point for Sayer as a map-publisher.

Jefferys died in 1771; his son continued the business in partnership with William Faden; again Jefferys’s materials proved profitable in the early Revolutionary War, and provided the footing for Faden to go on to greater things.