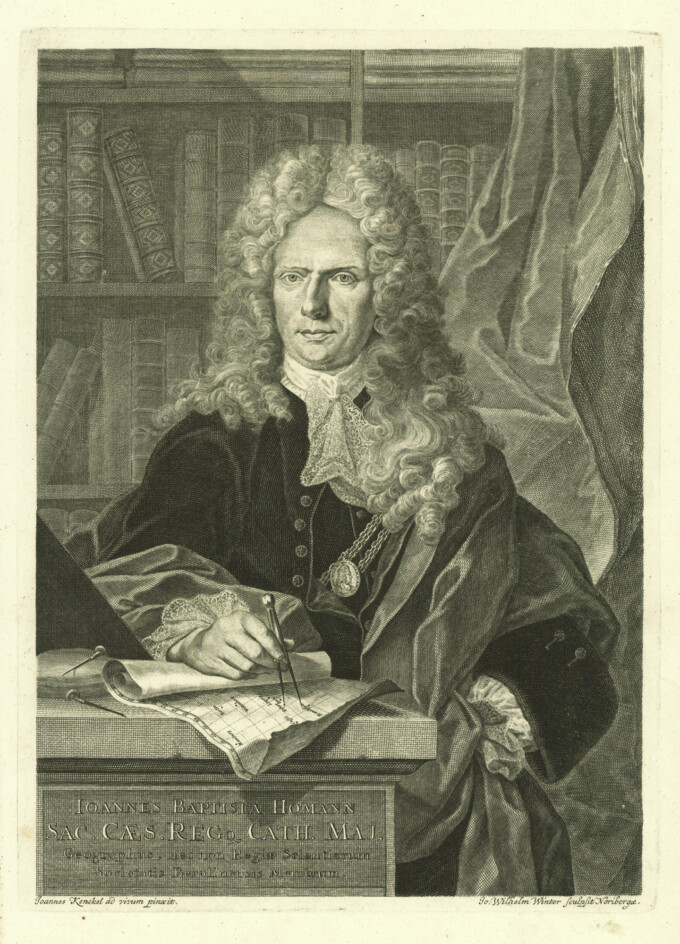 Homann, a German geographer and cartographer, though educated as a Jesuit and destined for an ecclesiastical career, converted to Protestantism and then worked as a notary in Nuremberg. He founded a publishing business there in 1702, and published his first atlas in 1707, becoming a member of the Academy of Sciences in Berlin in the same year. He was appointed Imperial Geographer to Charles VI in 1715, and produced his great work, the Grosser Atlas uber die ganze Welt, the following year. Homann was well placed to take advantage of the decline of Dutch supremacy in cartographic publishing, and he became the most important map and atlas producer in Germany. After his death, the company was continued by his son Johann Christoph. When Johann Christoph died in 1730, the company continued under the name of Homann Heirs until 1848.