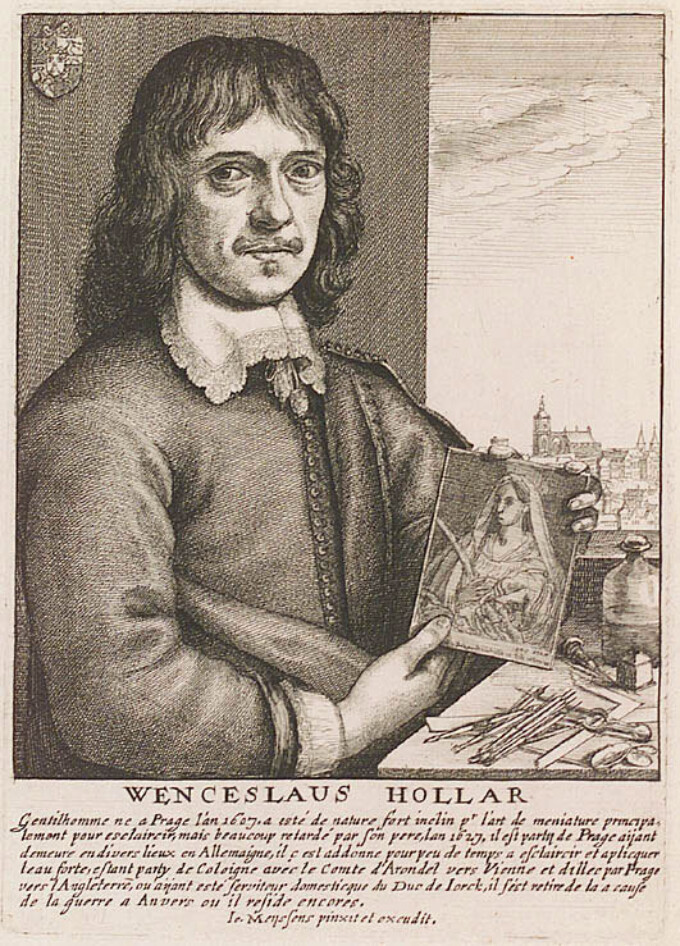 There are any number of important maps by Hollar, but a few highlights are his map of the British Isles, with part of Europe, contrasting the political and military strife in his homeland in the 1620s with the situation in England in the 1640s. He planned a wall-map of London in 1658, but this plan was curtailed by the Great Fire of 1660; only the proposal and two map-sheets survive, although he produced A Map or Groundplot of the Citty of London and the Suburbes…by which is exactly demonstrated the present condition thereof, since the last sad accident of fire in 1666, and later contributed to John Ogilby and William Morgan’s two large maps of the City of London in 1676 and 1677. He also contributed to Jonas Moore’s A Mapp Of The Citty Of Tangier (1664), and Robert Morden and William Berry’s A New Map of the English Plantations in America (1673).

Although Hollar was extremely industrious throughout his life, when he died his possessions amounted to little more than a bed and some pots and pans.