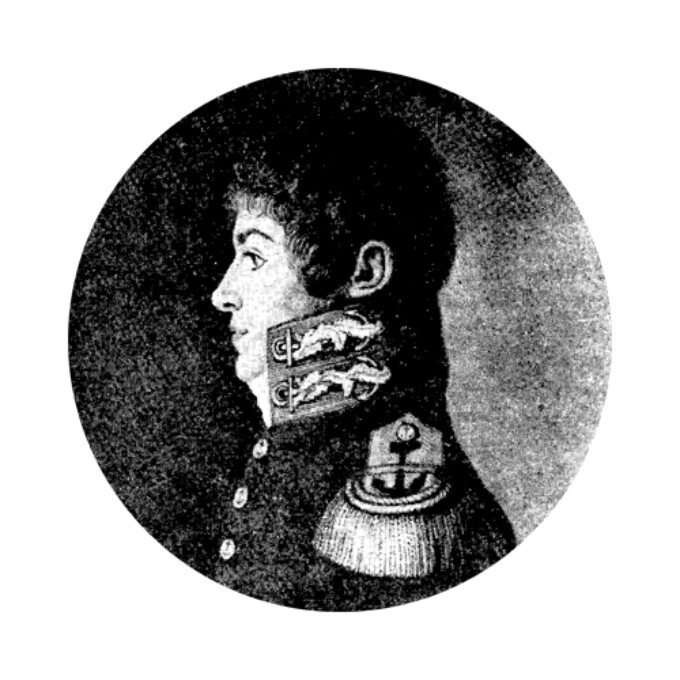 Louis Claude de Saulces de Freycinet was a French navigator. He entered the navy in 1793, and joined an expedition to explore the southern coasts of Australia in 1800 with his brother Louis-Henri. The expedition aimed to map the coast of Australia and collect zoological and botanical specimens, led by Nicolas Baudin on the ships Naturaliste and Géographe. Baudin’s expedition encountered Captain Matthew Flinders in, the aptly named, Encounter Bay in 1802, shortly before Flinders was imprisoned in Mauritius. Baudin died on the return voyage and de Freycinet was asked by the French government to prepare the maps and account of the expedition with Auguste Francois Peron. Voyage de découvertes aux terres australes was first published in 1807, but de Freycinet’s outline map of Australia did not appear until 1811, the first such map of Australia.

Six years later, de Freycinet took command of the Uranie on a scientific expedition to Rio de Janeiro. The expedition visited various locations in the Pacific, including the new township of Sydney, and returned to France by way of the Falkland Islands, where the ship Uranie was wrecked. His wife, Rose Pinon, was smuggled aboard the ship dressed as a man, and became one of the first women to circumnavigate the globe, and the very first to record it: the de Freycinets may have been inspired by Matthew Flinders.