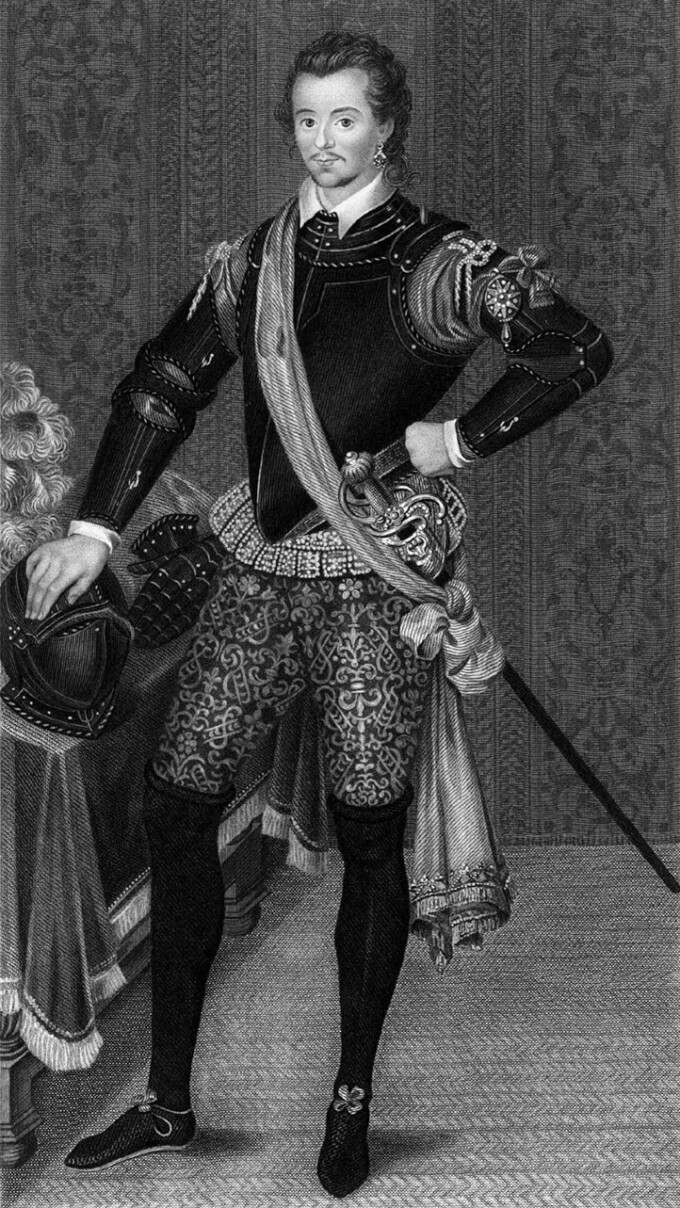 Dudley sought to have his legitimacy established at court, but his attempts failed, and he fled abroad, eventually settling in Florence. Dudley was summoned to return to England but refused and was stripped of his titles and estates.

In Florence, Dudley put his naval experience to good use; he worked as a ship-builder, consulted on construction projects for harbours and their fortifications, while also writing his magnum opus, a handbook of navigation, Dell’Arcano del Mare.

An early manuscript version of the text survives in the Museo di Storia Naturale, in Florence, in three volumes, two dated 1610. A second, more complete version, dated [c1636-1646?] is in the Royal Library, Munich, containing a series of manuscript charts.

The printed version, Dell’Arcano del Mare was published in Florence in 1646–1648 and re-issued as Arcano Del Mare in Florence in 1661. The Arcano (or Secrets of the Sea) was printed in six volumes, an encyclopaedia of matters marine from ship-building through to navigation and astronomy, containing large numbers of illustrations, technical diagrams, pictures of instruments and so on, but more importantly, a series of one hundred and forty-six charts covering all parts of the world.

The Dell’Arcano is the first printed sea atlas of the world, and the charts form the first series constructed on the Mercator projection, a projection particularly suited to navigation. However, the Dell’Arcano was too large for use on board ship, and too elaborate. The charts were engraved by Antonio Francesco Lucini, and are performed in an elaborate style, the lettering with long flourishes, elaborate compass roses and so on, an expensive production, in the preparation of which Lucini later noted that he had taken twelve years and used five thousand pounds of copper.

The charts are puzzling. Some are clearly drawn from Dudley’s own experiences, such as those of northern South America; some from other English sources, presumably communicated to him by brother officers at some point in his career; and some from charts that he owned, but the whole contains remarkable charts of all parts of the world, and not all the sources can be identified.

After his death, Dudley’s library passed to Ferdinand II, Grand Duke of Tuscany, and much of it resides in the Bibliotheque Nazionale, Florence, including an interesting and important group of English manuscript charts, drawn by John Daniel, while his scientific instruments are to be found in the Museo Galileo, in the same city.

Dudley’s Dell’Arcano is one of the most important of all sea atlases and yet it had no heirs and, seemingly, no influence, so it stands alone, a unique and as yet little understood masterpiece.