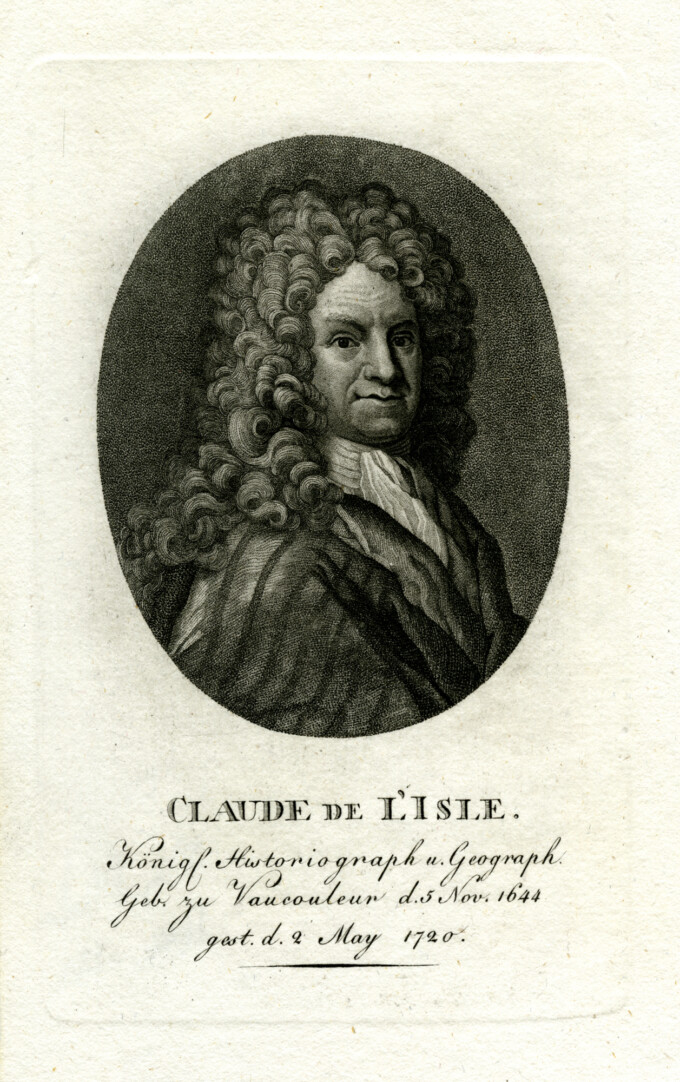 Delisle was admitted into the Académie Royale des Sciences in 1702. In 1718, he gained full membership of the Académie and was appointed geography tutor to the Dauphin, as well as being appointed chief royal geographer, a title created especially for him. Delisle had access to news of the latest discoveries through his membership of the Academy, and issued several maps of France’s colonial possessions in America. His Carte du Canada ou de la Nouvelle France was the first map to show the latitude and longitude of Canada correctly. A later map, Carte de la Louisiane et du Cours du Mississippi sparked an angry refutation from Herman Moll. Disputes between the French and English in the area were carried out through cartographic as well as military confrontations, with each side striving to show the validity of their claim.

Delisle’s later career was overshadowed by disputes with Jean Baptiste Nolin, whom he took to court on the basis that Nolin had stolen details from Delisle’s own world map. During the trial, he proved that Nolin would not have been able to draw these details with the information and techniques available to him. For example, Delisle’s Carte de la Louisiane shows the ​“Long River” which the Baron de Lahontan claimed to have discovered in North America: Delisle successfully proved that Nolin did not have access to the source which informed Delisle of the discovery.