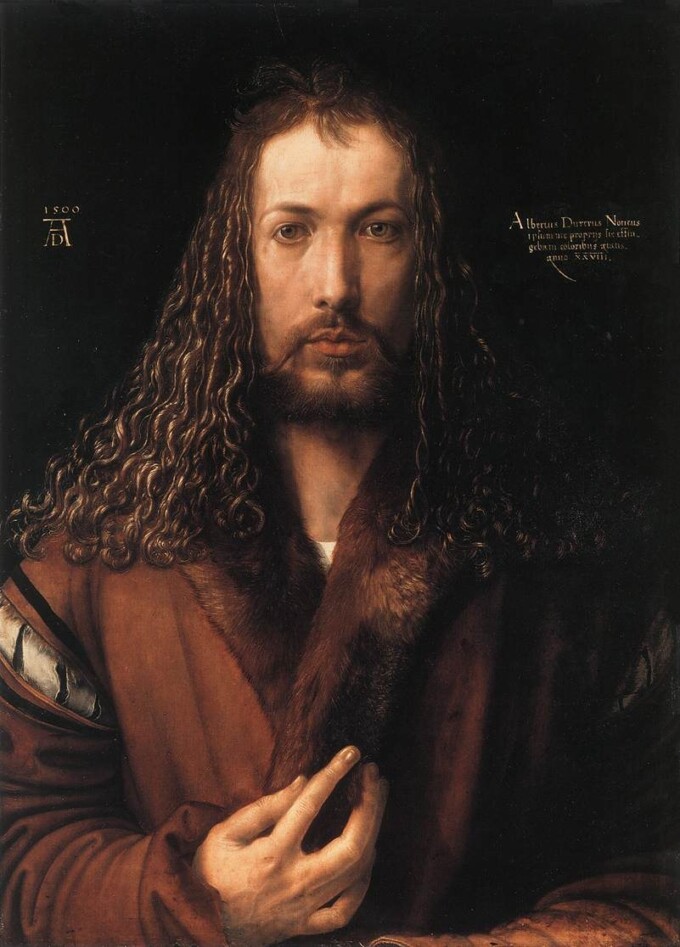 Although perhaps best known today for his paintings and prints, Dürer’s interests were many and varied. He visited Italy twice, in 1494 and 1505, and studied Italian scientific advances in anatomy and geometry. He wrote an anatomical textbook, Vier Bücher von Menschlicher Proportion, and an introductory manual of geometric theory, Underweysung der Messung, which includes the first scientific treatment of perspective by a Northern European artist and instructions for drawing globe gores. He created the first printed European star charts, collaborating with Johannes Stabius and Conrad Heinfogel. The work showed the classical zodiac of forty-eight constellations — with the addition of the Caput Medese — based on the Almagest by Claudius Ptolemaeus. It was hugely influential, and a version was used by Petrus Apianus in his great work Astronomicum Caesarum. Stabius and Dürer also collaborated on a map of the known world in 1515, the first to show the earth as a sphere, and one of the first to use a stereographic projection to do so. It is inspired both by Ptolemaeus’s Geographia, and also by the 1492 Erdapfel globe by Martin Behaim.