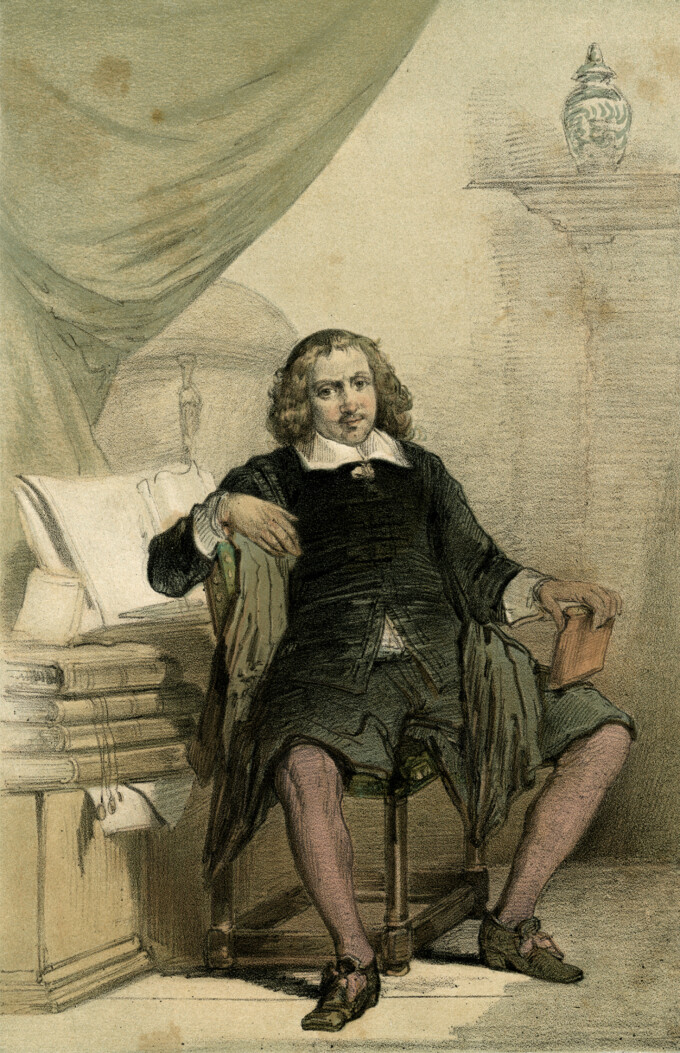 Blaeu also battled with rivals in his globe making business, in particular the firm of Jodocus Hondius. He designed a completely original globe in 1599 (as opposed to simply compiling the works of others), in an attempt to outshine Hondius’s terrestrial globe published two years before. In his subsequent production of globes he would take care to update the astronomical information, recalculating the positions of the constellations for the new epoch in order to completely revise his celestial gores, drawing on the astronomy he learnt under Brahe. His greatest feat, however, was to publish a pair of 26-inch globes in 1616, beating Hondius’s largest globes by six inches. He also made giant metal globes for Prince Crain Patenglo of Makasar and Christina of Sweden.

Willem’s sons joined him in the firm, with the eldest Joan (1596–1673) quickly assuming the lead. Joan went to university in Leiden, studying mathematics and astronomy. After returning to work for his father, they produced their first atlas together in 1630, the Atlas Appendix. The title was deliberately chosen to position is as a supplement to the well-respected atlases of Abraham Ortelius and Gerard Mercator, and it mostly contained maps from their stock of plates. Five years later, they produced their Atlas Novus with more than twice the number of maps in the Appendix, which was published in four languages. After Willem died, Joan expanded the Atlas Novus into the Atlas Maior, the largest and grandest atlas of its time. Any issue had between nine and twelve volumes, beautifully engraved and coloured, and cost as much as a house in Amsterdam. He also issued a wall-map in 20 sheets in 1648, Nova totius terrarium orbs tabula’. He continued to issue his father’s globes, only modifying the largest.