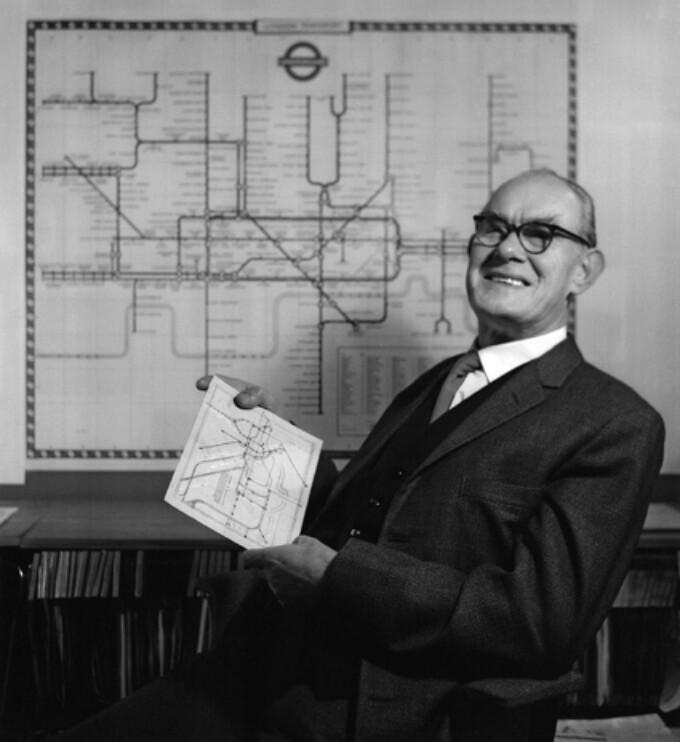 Instantly recognizable the world over, Harry Beck’s iconic map of the London Underground has retained its basic design, in spite of nearly one hundred years of changes and additions to the system itself.

However, as a young man, Beck found it difficult to find work as a graphic artist, and when he did eventually find a job, in 1925, as temporary junior draughtsman with London Underground in the signal engineers’ office, he was made redundant not just once, but twice before 1930, and thereafter was retained as a temporary staff member until 1937. Clearly of a difficult and tenacious temperament, he showed the first draught of his schematic map of the underground to his employers in 1931. Initially, they showed no interest, but pester-power won out, and in 1932, it was placed in the underground on a trial run… the public loved it. So did Beck, and his map was clearly an obsession with him, dominating both his professional and private life. This led him to be rather intransigent over its maintenance, and London Transport did not use his work after 1960. Continuous disputes over copyright left him bitter.