The top, bottom and fore-edge of a book with a multi-coloured, swirled design, somewhat resembling the colouration pattern of marble stone. 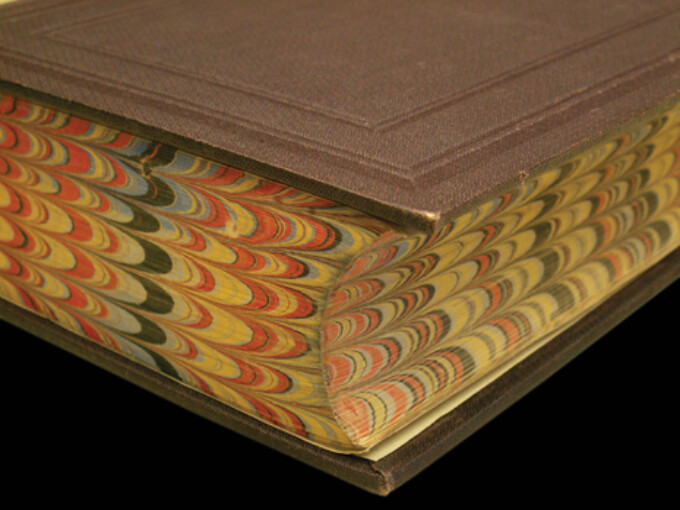 Paper decorated with a multi-coloured, swirled design or pattern; often used for end papers or for paper covered boards, especially with 3/4 or 1/2 leather bindings. 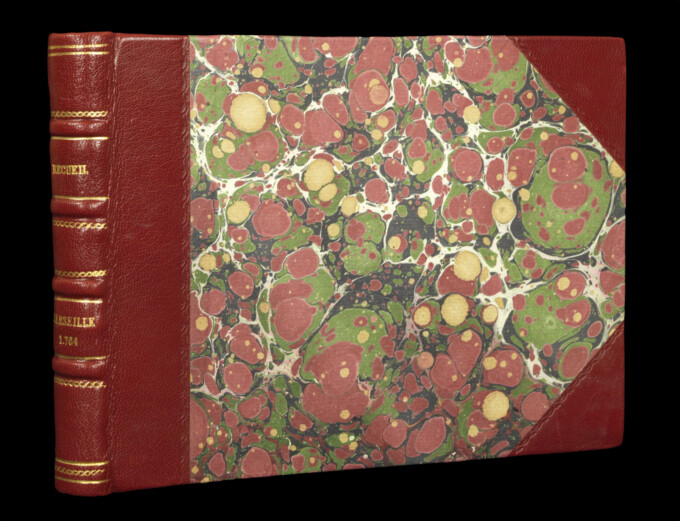 From the Latin word ​“mater”, meaning mother, the matrix is the surface on which the artist creates an image prior to printing; for example, a woodblock, a linoleum block, a metal plate, a lithographic stone, or a mesh screen. 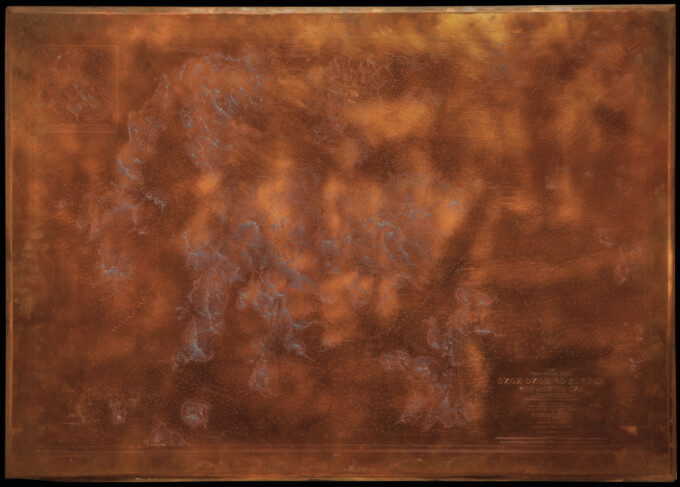 A form of print best known for its rich and luscious black tones and soft, subtle areas of light. The resulting image appears hazy and atmospheric, almost like a photograph. Unlike the other intaglio processes, this technique is worked from dark to light; the entire surface of the plate is abraded using a spiked tool called a rocker. These grooves will hold the printing ink and if inked at this point in the process, the plate would print entirely black. To create variations in tone, the artist scrapes and burnishes the abraded plate to smooth out the surface so that those areas will hold less ink and thus yield lighter tones in the image. 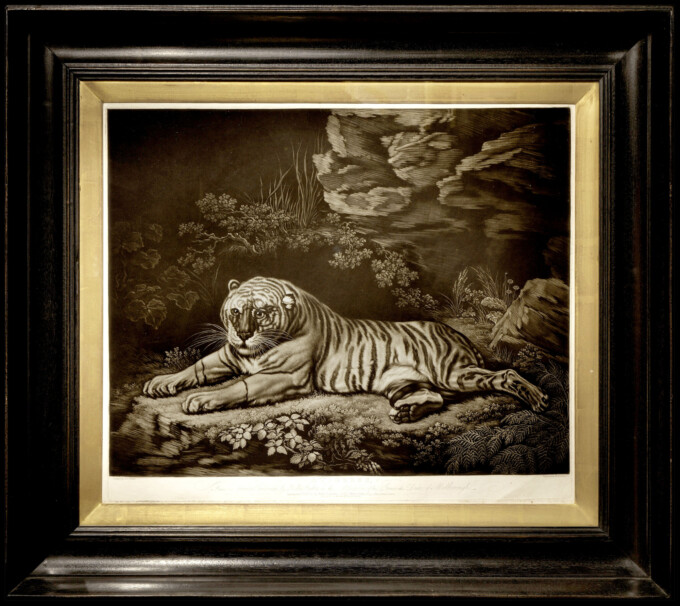 To miniate (from minium, meaning red lead) meant originally to colour or paint with vermilion, to rubricate or illuminate. But miniatures have come to denote the painted scenes, anecdotes, groups of figures or the like, distinct from conventional decoration and by implication more ambitious than historiated, with which the professional artists of the monastic scriptoria or secular ateliers decorated medieval and renaissance manuscripts (and occasionally some special copy of an early printed book). Such pictures would often be full-page; and since the page would not necessarily be of small size, the term miniature, subject as it is to pseudo-etymological confusion, is not a very happy one, but John Evelyn was using it in 1645 and it is no doubt too late to change it. 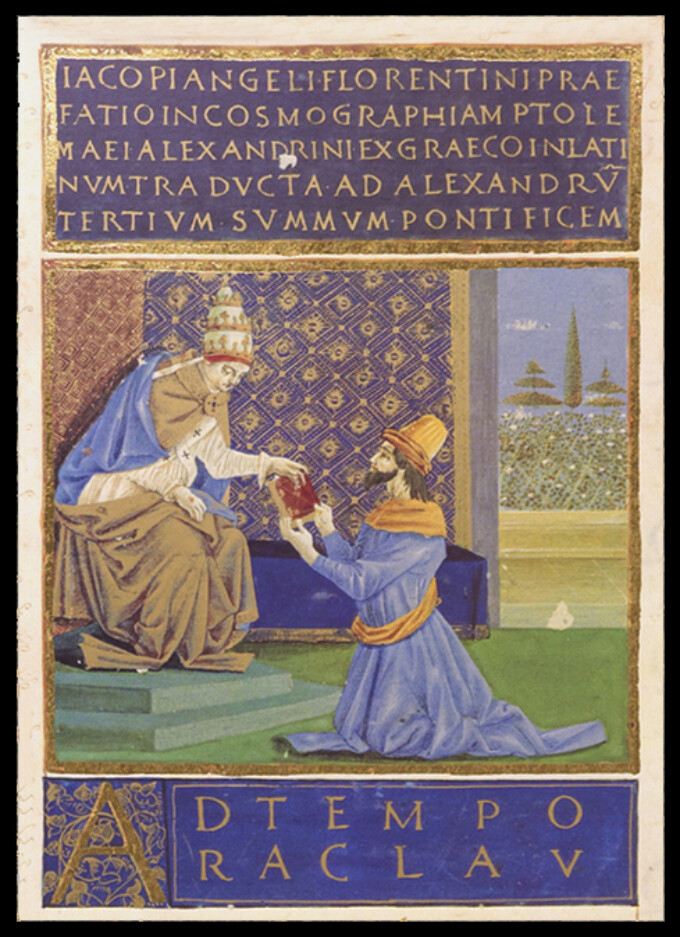 Leather binding made from goat hides; usually used in high quality or fine bindings for the interesting texture of the leather; originally tanned with sumac in the country of Morocco. 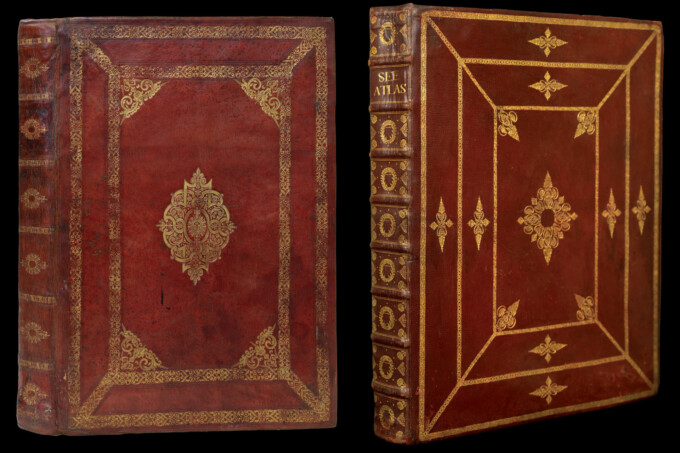 An map, print or other illustration that has been mounted, or tipped, onto a sheet of card for its own protection or to enhance its appearance on display. Also sometimes used for damaged leaves, illustrations, maps, and/​or photographs that have been strengthened by backing with paper or thin cloth. 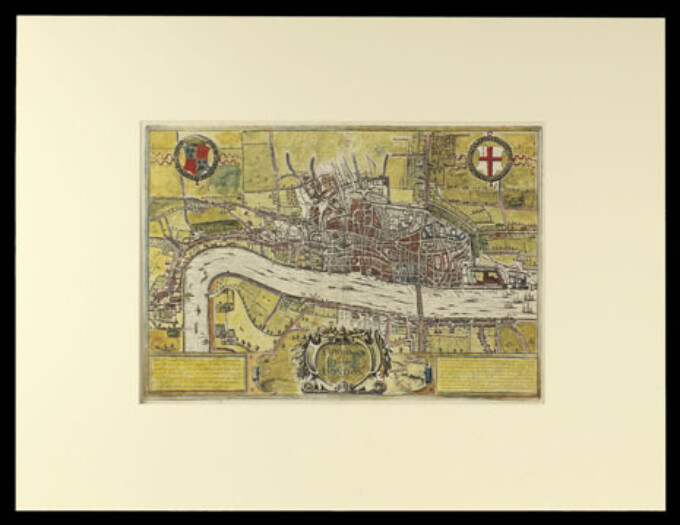