A copy that looks like the original printing of a book, map or print but is not original. The term can also refer to one or more sheets of paper, or parts of sheets, that have been reproduced or copied to replace parts of the item that are missing. 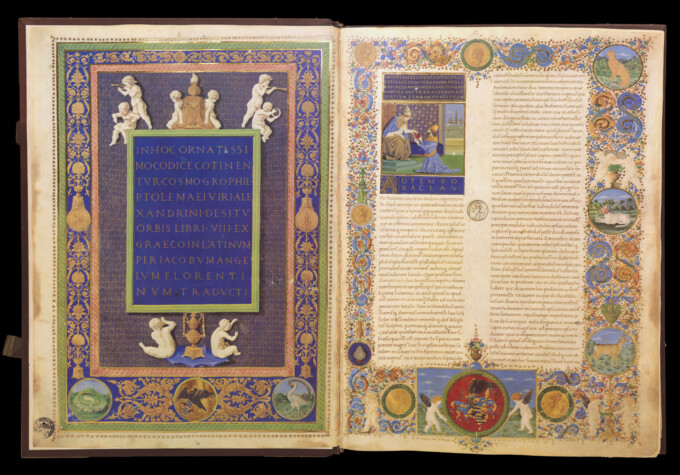 The fillet is a binder’s tool: a revolving wheel with one or more raised strips on its circumference for impressing a line or parallel lines on the leather or other binding material. In the description of books the term is commonly used to mean the line or lines produced by the tool. It is seldom if ever used except of leather binding. 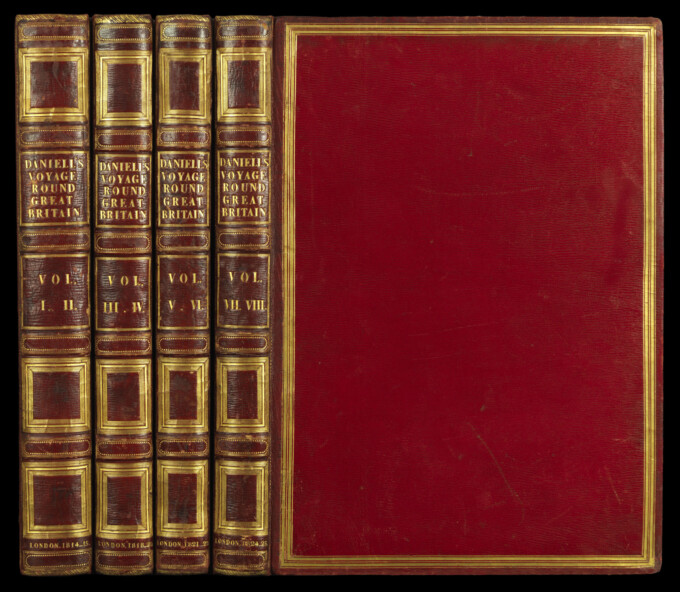 All of the copies printed from the first setting of type; can include multiple printings if all are from the same setting of type. Every printed book has a first edition, many never have later editions. A later edition would have substantial changes in the printing plates or type such as the addition of a new preface or new chapter or major changes throughout the text and often is printed from a complete resetting of the type. When book collectors use the term first edition, they are usually referring to the first printing and if there are different states or issues, the earliest of those.

Issue: a portion of an edition printed or published deliberately by the printer or publisher in a distinct form differing from the rest of the printing relative to paper, binding, format, etc. The distinction between ​“issue” and ​“state” is that the former relates to changes done on purpose by the publisher and intentionally treated as a separate unit, i.e. a large paper issue.

State: a portion of a printing with changes such as minor alterations to the text either intentional or accidental; insertion of cancels, advertisements, or insertions; copies on different paper without intention of creating a separate issue; and other changes other than folding or collating or binding.

Variants: usually refers to differences in bindings or end papers within an issue or printing. One variant may have a title stamped on the front cover in black and another may be stamped in red. 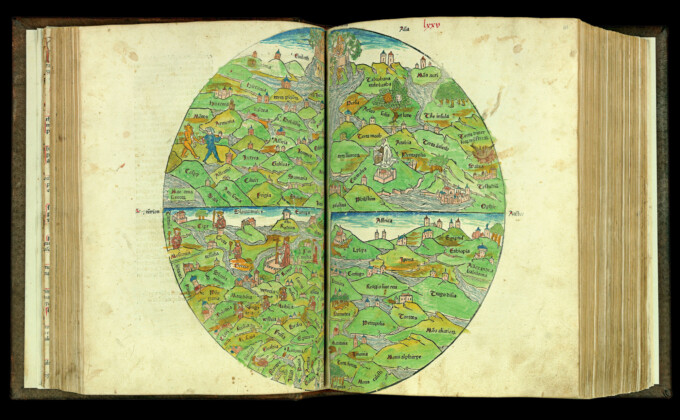 A printer’s typographical ornament, originally flower-shaped, cast as a single piece, but often designed to be used in multiple units. 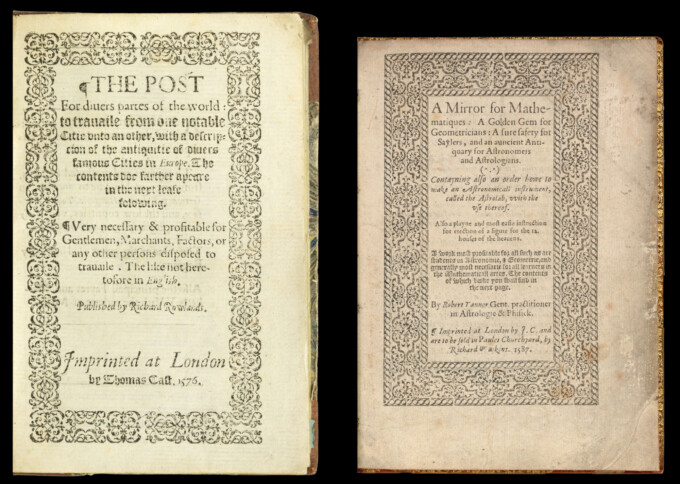 A blank leaf (or leaves) inserted during the binding process between the free end paper and the beginning or end of the printed pages. 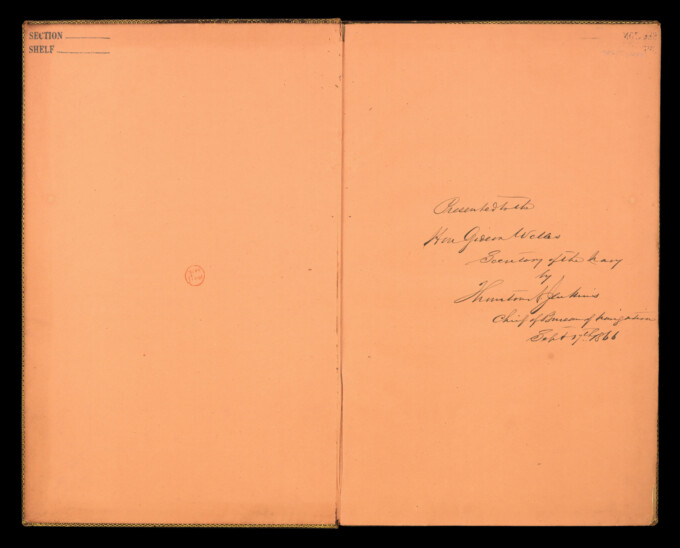 Plate, map, or chart that is too big to fit into a book, so it has been carefully folded to fit neatly into the book.

A painting on gilded fore edge, which can only be seen by fanning pages. Popular in the fifteenth and sixteenth centuries. 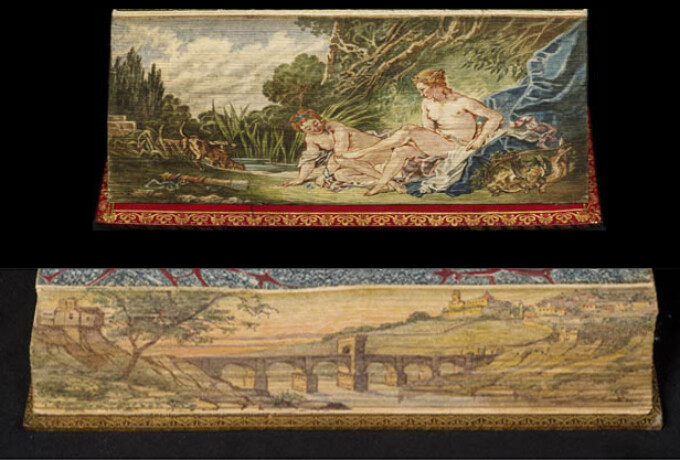 Rust coloured spots which occur on paper resulting from oxidation of both organic and iron impurities left behind during the paper making process. Only when these impurities exist in the paper, given exposure to the right humidity and temperature factors, will foxing occur. This process is intrinsic to the paper; some paper will never have the rusty, brown, yellow spots known as foxing. 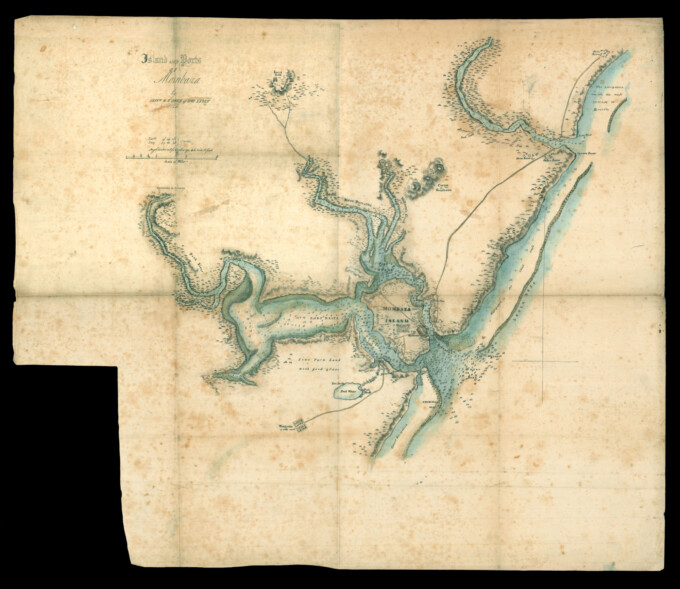